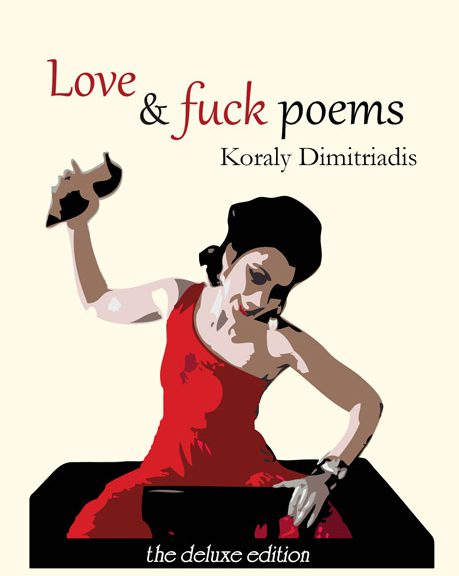 Poet and author Koraly Dimitraidis is set to launch her debut erotic verse novel Love and F*ck Poems: The Deluxe Edition.
What started as a zine in July 2011, Love and F*ck Poems sold out in bookshops but has now been reedited and republished as a bound book with extra poems.
Love and F*ck Poems is is a snapshot in time, of exploding out of repression and marriage only to emerge sexually confused and alone.
“I want to also give a voice to women within my culture to say it’s okay to be honest,” said Dimitriadis. “It’s okay to be different; it’s okay to want to explore your sexuality.”
Dimitriadis breaks the rules in conventional academic poetry, challenging the notion that poetry can’t sell by delivering an unbridled honesty that connects with her readers.
Love and F*ck Poems: The Deluxe Edition by Koraly Dimitriadis will be launched at the Brunswick Street Bookshop, 305 Brunswick St, Fitzroy VIC with Nick Tsiavos (double bass) on Thursday 6 December 2012 at 6.30pm. To attend RSVP to Outside The Box Press publicity on info@outsidetheboxpress.com