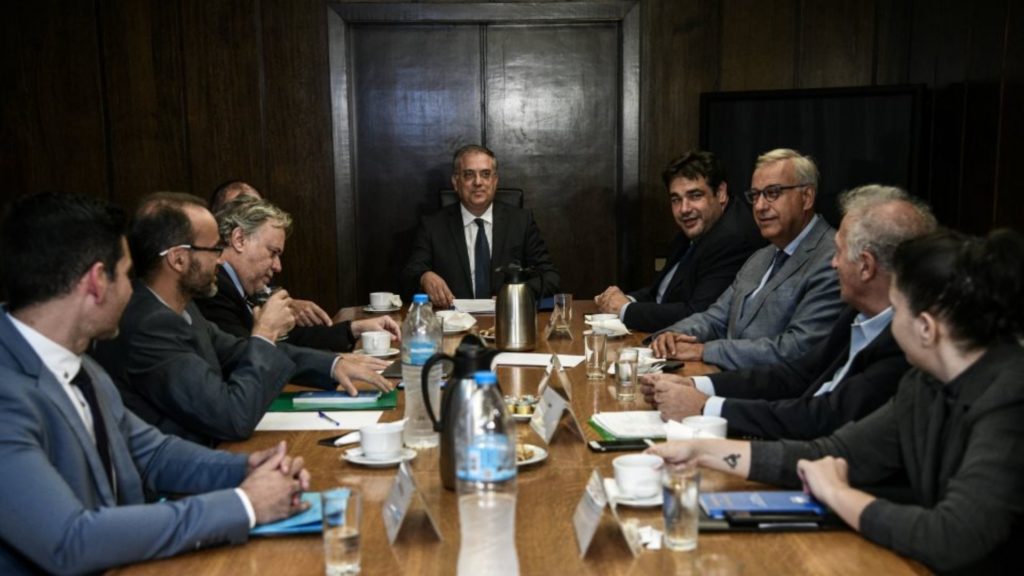 Greek political parties reached consensus on Tuesday on a draft bill that will allow Greek expatriates to vote in Greek elections by postal vote from their country of residence.

The agreement, announced on Tuesday evening, means that the draft bill that will be tabled by the Interior Ministry could secure at least 200 votes that are needed for it to be passed.

A number of issues were discussed during Tuesday’s meeting, such as how to prove that a Greek citizen had not been living abroad for more than 30 years, a limit proposed by the Greek Communist Party as a term for its consent. Following debate, parties resolved to accept proof of living in Greece for two consecutive years within the last 35 years. To be able to vote, citizens will need to provide proof of working in Greece, studying at a Greek school, fulfilling military obligations, possession of a Greek tax identification number (AFM) and other means of proving that they had at some point lived for two years in Greece.

Parties consented to the postal vote for Greeks abroad to be included in the election total, and for their votes to be the equivalent of a vote within Greece.

The conservative New Democracy government’s proposal for a mail-in ballot was rejected by other parties, except for socialist KINAL, and it was insisted that physical presence be mandatory when voters abroad cast their ballots.

The Interior Ministry’s proposal that state deputies be increased from 12 to 15 members to allow inclusion of representatives from abroad was accepted by all.

Interior Minister Takis Theodorikakos expressed his satisfaction and called on all political parties in Greek Parliament to support the bill that gives voting rights to Greek citizens nomatter where they are. He thanked Prime Minister Kyriakos Mitsotakis for “supporting us in achieving consensus among parties, and in having Greeks join efforts on this issue, as we are too few to be divided.”

Socialist KINAL representative Kostas Skandalidis and Greek Solution candidate Nikos Politis were also in agreement to the prospect of voting rights for Greeks abroad, however MeRA25 representative Fotini Bakadima said were party, headed by Yanis Varoufakis, could not accept the agreement for the postal vote as presented. MeRA25 has had a turnaround in its position as it describes the ‘vote’ a an attempt to “deceive” diaspora Greeks and “violate” their voting rights.

It’s objection has to do with the fact that the proposal reportedly foresees that diaspora Greeks are able to cast their vote at foreign consulates but not choose specific candidates in the constituency where they are registered.