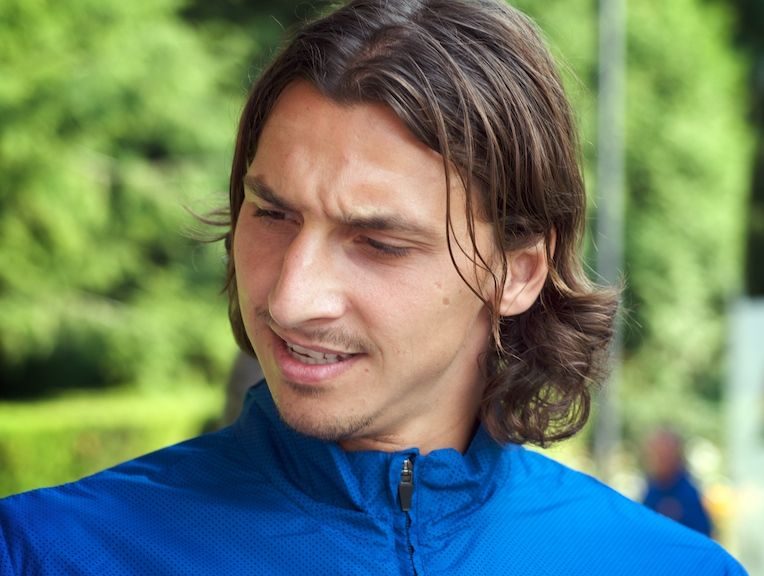 The striker with the most recognisable man bun on his head, could be headed down under for a stint in the A-League if a bold bid to sign him as a guest player is successful.

Perth Glory has confirmed it has approached superstar striker Zlatan Ibrahimovic’s management in a bid to sign the brash striker as a guest player.

“An approach has been made to his agent. We’ve asked the question firstly about his availability and second of his interest,” Pignata said.

At present there is no news as to the player’s response to Glory’s expression of interest. However, a midweek post on Ibrahimovic’s Instagram suggested he was heading back to Spain. “Hola Espana, guess what? I am coming back,” he wrote.

READ MORE: How do you solve a problem like Paul Pogba?

The 38-year-old has scored over 500 goals in his professional career which includes fabled clubs such as Ajax, Juventus, Inter Milan, Barcelona, Paris St Germain and Manchester United, as well as the Swedish national team where he is the all-time highest goal scorer with 62 goals in 112 appearances.

Despite his veteran status, Ibrahimovic has demonstrated he has lost little of his striker’s instincts netting 52 goals in 59 games for his latest club Los Angeles Galaxy since joining in 2018.

After Galaxy’s recent loss in the MLS Finals play-offs, Ibrahimovic is believed to be fielding offers for a return to European football from clubs such as Napoli, Bologna and Atletico Madrid.

But Glory are hoping he might accept an offer for a short stint in the A-League as a guest player between late-mid November and late January prior to the opening of the European transfer window.