Loved ones still grieve over Gitta’s death caused by Panayides 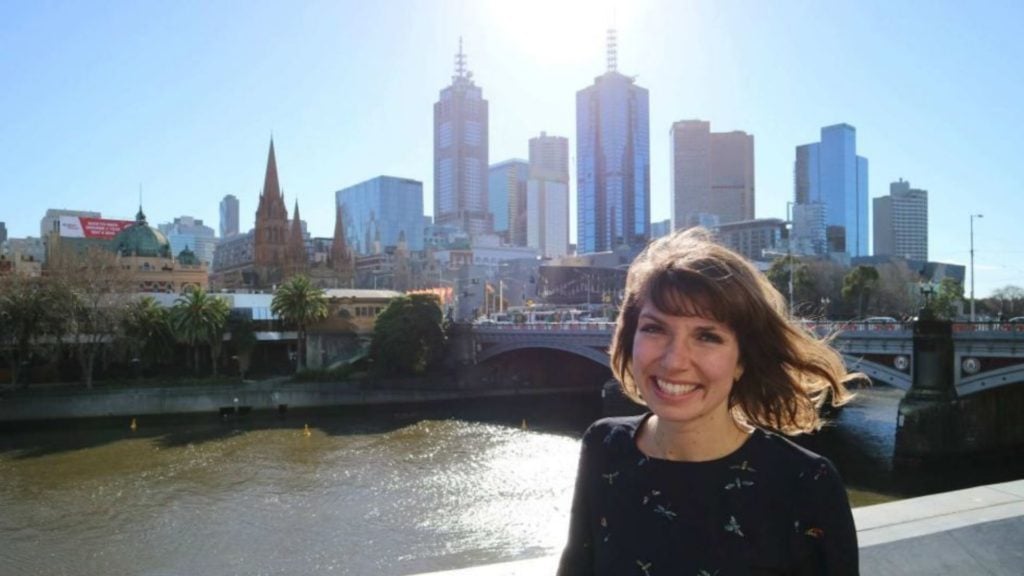 Gitta Scheenhouwer smiling on the banks of the Yarra River in Melbourne last year. Photo: Supplied by Scheehouwer Family

Michael Panayides, 28, could only stare impassively at the Victoria County Court room floor as he listened to victim-impact statements of the boyfriend and family of Gitta Scheenhouwer, the woman who died after he lost control of the stolen car he was driving.

The ABC reported that Panayides had pleaded guilty to five charges, including culpable driving, causing death, failing to stop and render assistance after a collision, theft of a motor vehicle, recklessly causing injury and negligently dealing with the proceeds of crime.

Ms Scheenhouwer, 27, was killed last year when the stolen car Mr Panayides was driving clipped the back of another moving car along Chapel Street, in South Yarra, Melbourne. He collided with a number of parked cars and swerved into the bike lane, hitting Ms Scheenhouwer who was then pinned against another car.

The car he was driving rolled after the impact and Mr Panayides fled the scene after it came to rest. He had been on his way to buy drugs when the accident took place.

Mr Panayides showed no emotion as he listened to statements from Ms Scheenhouwer’s boyfriend, Thomas Kleinegris, her sister Babs, brother Pim, and mother Mirjam Soonieus. They all spoke of the deep impact Ms Scheenhouwer’s death had on their lives.

Mr Kleinegris said that he had been with Ms Scheenhouwer for a third of their lives and was planning to have a family with her. He and Ms Scheenhouwer, who was from the Hague in the Netherlands, had travelled to Australia last year.

“I wake up regularly and I realise I am not dreaming. I don’t know what my future will look like, a future without Gitta. I’ve been forced to start a life on my own. With her I dreamt of a future. One thing was certain for Gitta: we would have had a large family with four children,” said Mr Kleinegris, who wept and paused several times as he delivered his statement.

Mrs Soonieus said she felt broken and powerless: “As a mother I want to protect my children. I have not been able to prevent this from happening to her.”

The victim’s brother, Pim, wept as he said in his statement that: “You are never ready to see your own lovely sister in a coffin”.

Ms Scheenhouwer’ sister said that she was still stricken with grief over the loss.

“Every siren I hear freaks me out, gets me into total panic. Fear that the ambulance might be on its way to someone I know, someone I care about,” she said.

“It’s the worst pain I’ve ever felt and I will miss her forever.”