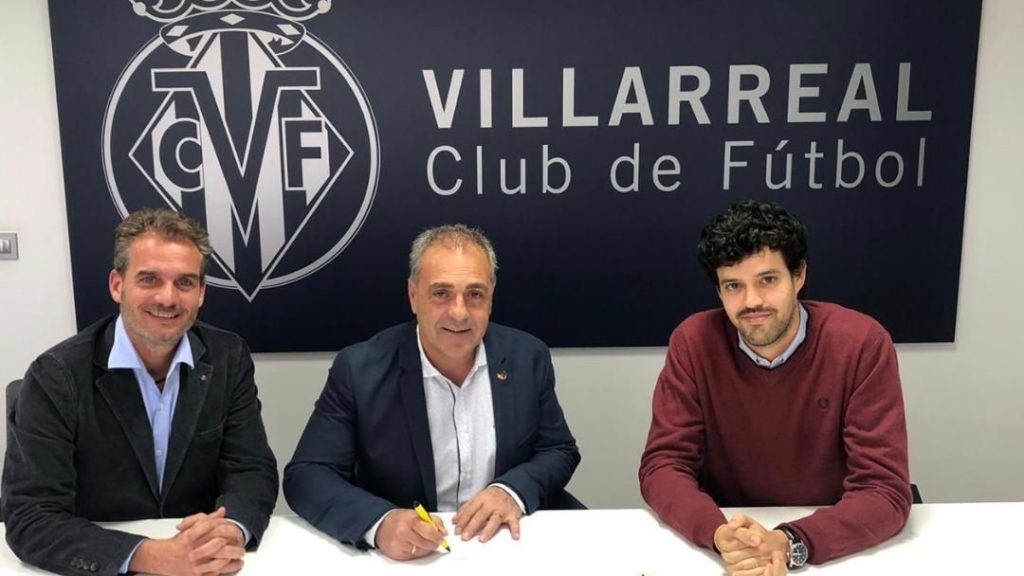 A groundbreaking new announcement for Australian football was recently made public.

The Spanish club Villarreal CF will be participating in next season’s Victorian State Leagues and more specifically the east division, providing their specialised and advanced training programs to all youngsters in their academies, following the same methods that are used in Spain.

The team will be dubbed Villarreal Melbourne and will be using the training facilities at Monash that are near the Oakleigh area.

The vision of local Greek business owner Minos Paterakis now comes to fruition, as the dates and times for the official trials have already gone up on the club’s website (www.villarrealmelbourne.com), with the response going beyond all expectations.

In just a small amount of time, over 200 kids have passed the gates of the club’s academies!

Minos Paterakis travels to Spain quite often and has experienced for himself the professionalism and expertise of the Villarreal training facilities.

Impressed by what he saw, he immediately began the procedures so that kids in Australia playing football could also have the same opportunities and treatment.

It wasn’t long until the Villarreal Melbourne club was officially announced:

“I am proud and excited that from the next season, Villarreal will have a new home here in Melbourne,” Paterakis said.

“Spanish football is among one of the best, if not the best, in the world. I’ve lived in Spain and seen up close everything that happens in the Villarreal school.

The parents of the kids that won the scholarships last April in our first camp also experienced it, as they had the opportunity to be here last week with their kids.

They were highly impressed by the level of organisation both inside and out of the pitch, with the schedule beginning with theory in the morning and ending with practice on the ground in the evening. Each age group had four specialised coaches. The Villarreal training centre is considered one of the best in all of Europe. Football in Spain has known tremendous growth and it’s no coincidence that the Spanish national team is among the greatest in all the world. The Villarreal Melbourne academies offers an experience that is unique for Australian customs to the young giants,” said the new club’s founder.

“This is the first true Spanish academy in Australia and its main purpose is to help in youth player development through its training regime. The technical team of specialised coaches will move to Melbourne from the Spanish club to execute this regime just as they do in the Villarreal camps. I am sure that the benefits the youngsters are set to gain from this experience will stay with them for years to come.”

Mr Paterakis pointed out what it is that makes the Villarreal program stand out from the rest. “All young footballers dream of becoming professionals someday, but the sad truth is, only one percent of them will be able to fulfil that dream. At Villarreal we understand that every one of them is unique. The physical and technical characteristics differ from player to player. Even within the same age group, the abilities of some players might be the weaknesses of others, and it is those that need to be observed in such a way that benefits the personal evolution of each player. Which is why we need to understand our players in the highest possible degree in order to adjust our training regime to their specific characteristics. In their training plan, Villarreal CF analyse and evaluate each of their academies in order to improve on possible weaknesses. Our main objective is to develop our players, starting from the entry level in order to create first team players,” he concluded.

The ten day program for the ten young players who emerged as the best from the club’s first training camp last April ended last week.

Among them were 15-year-old goalkeeper Jordan Ords, 13-year-olds Jacob Nasso and Noah Alessi, 11-year-old Beckham Baker and 10-year-olds Bailey Allen and Andreas Pothitos (who is of Greek descent).

They will be joined by the graduates of the second training camp next January.

WHO IS VILLAREAL CF

Villareal is a football club established in 1923 by a small group of people who lived in a village (“vila”) near the Castellon province of Spain.

Their first ever game was against local rivals Castellon, yet they didn’t play in a professional tournament until the next decade.

They climbed the ranks in the 1990’s to the year 2000 to go from the lowly fourth division all the way to the Primera Division and it is during this era that they enjoyed their greatest success.

Finishing second in Spain and going all the way to the Champions League semi-finals, the club has established itself as one of the most well-known in all of Europe, even though they don’t stand on the same financial level as some of their local rivals such as Real Madrid, Barcelona, Atletico Madrid or even Valencia.

The team is known as the “yellow submarine” due to its bright yellow jersey and plays at the Estadio de la Ceramica (former “Madrigal”) that fits 23,500 spectators.