Winners and Sinners: Another great week for women’s football in Australia 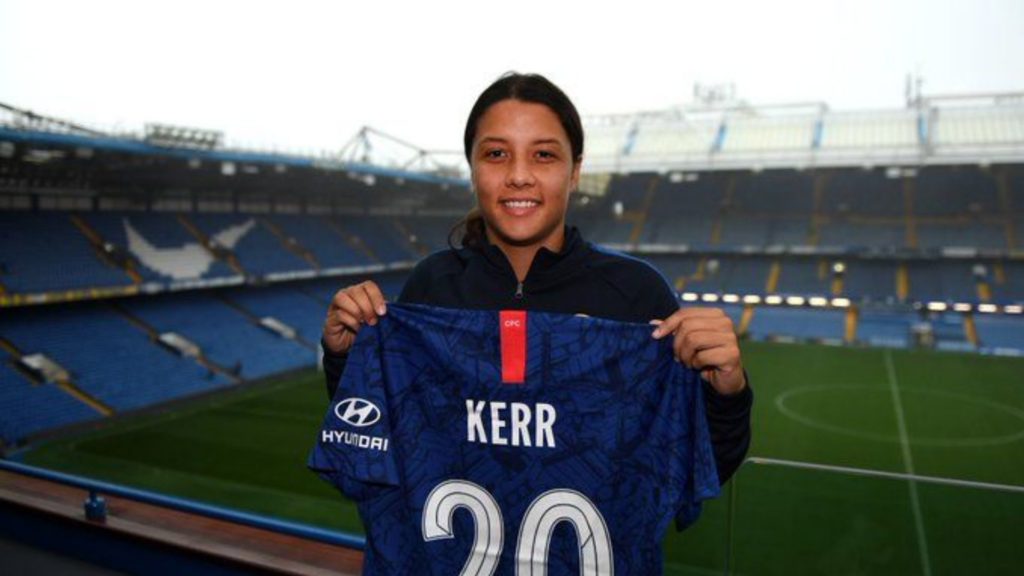 A huge deal both for Sam Kerr and for women’s football on a global level. Photo: Twitter

SAM KERR
An incredible week for the 26-year-old. After making headlines at home with her two great performances for the Matildas in the double-header against Chile, scoring two goals in the first in Paramatta, she then went global, with news of her transfer to the Chelsea women’s team travelling far and wide. The world is now hers for the taking and it’s sure that she will only reach even greater heights in the Women’s Super League. But there’s a lot more to it than that. Her transfer will bring in a wider viewership and attract a greater crowd to the WSL, thus making Sam Kerr an innovator of sorts in the industry of women’s football.

STEFANOS TSITSIPAS
Ending the year with a ‘bang’ is the 21-year-old star. The time off he decided to take from social media seems to be working wonders for him as he has come back better than ever! The fact that this is his first ever appearance in the ATP Finals (or the first time ANY Greek athlete played in the tournament for that matter!) didn’t seem to affect him at all, as he took on the world’s greatest as if it was just another day at training. He swept through both Daniil Medvedev and Alexander Zverev as if it was just another training session and booked his place in the semis. The Greek ace seems to be in great form just a few short months ahead of the Australian Open.

PATRICIA CHARALAMBOUS
As mentioned in the title, this has been a great week for women’s football. The fact that Canberra United were able to confirm the transfer of former Apollon Limassol left-back Patricia Charalambous is evident of that. The 25-year-old has proven her worth by participating in the Champions League at the young age of 18, while also playing in a W-League grand Final with her former club, Perth Glory. Ironically, she begins her new career against her old team as Canberra United take on Perth Glory today at the start of the new W-League season.

PANATHINAIKOS BASKETBALL TEAM
Another poor performance by the Greek champions. This time it was Alba Berlin who forced the greens to a loss in front of their home crowd by a single point (105-106). The season has not been going well for Greek Basketball clubs in general, which can be correlated to the chaotic situation surround the domestic competition. The 21-point loss of Promitheas at the hands of Monaco is further proof of that.

GREEK MEN’S POLO TEAM
In what was not a good start in their bid to reach the World League finals, the Greek team suffered a loss at home at the hands of world champions Italy, 6-9. The Hellenic team were put under extreme pressure and didn’t take advantage of the instances where they were left with a player advantage in the pool, failing to score crucial goals that would’ve kept them alive in the contest. Coach Thodoris Vlachos will have his work cut out for him if he is to get the team ready and in full form for the upcoming European Championships in Rotterdam.

MELBOURNE VICTORY
Another disappointing week for Victory fans as their team failed to secure a win against bottom-of-the-table Wellington Phoenix. The team just doesn’t seem to be clicking and the players aren’t able to keep up with their opponents. The club is overly reliant on the inspirations of Swedish powerhouse Ola Toivonen and should he be injured or sent off, it seems doubtful that they can remain competitive. All this of course can be accredited to the poor planning on behalf of the board and the management team, with players being brought in literally days before the start of the new season. You reap what you sow as they say…

A-LEAGUE
The entire world is taking the weekend off so that the players who have obligations with their national teams can properly perform their duties to their federations. But not Australia. We’re special. The league here goes on despite FIFA’s regulations. And let the players (like Barbarouses) choose between club and nation, and the coaches count the losses. The A-League is setting a dangerous example that if all other leagues around the world were to follow, it would mean the end of national competitions such as the World Cup or the Euro. Luckily though, not many people from the rest of the world pay much attention to our neck of the woods.