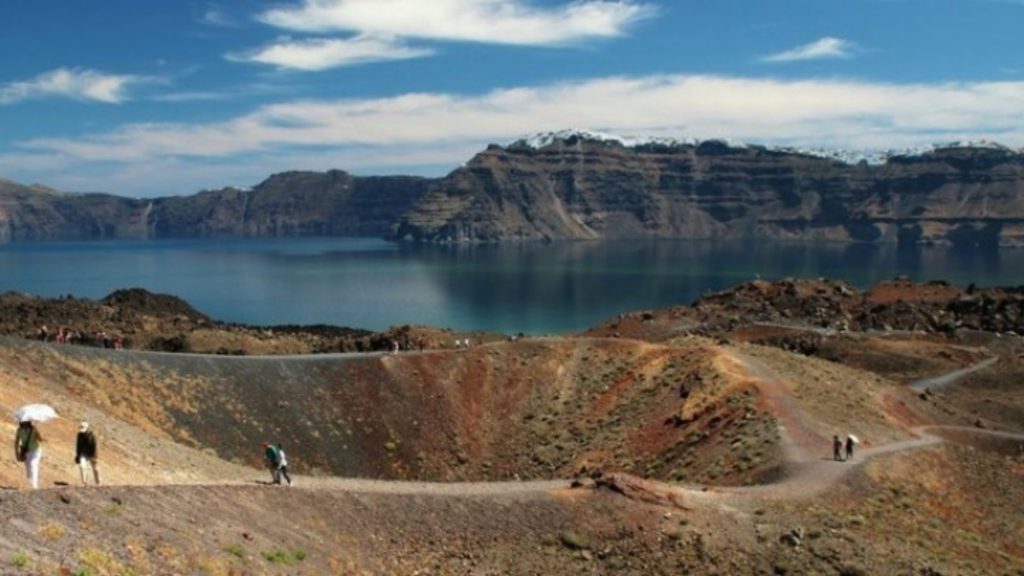 A NASA-funded oceanographic seabed survey of the submerged Columbus volcano of Santorini was launched on Wednesday night at the port of Lavrion.

The international mission has the participation of 30 scientists from the US, Greece, Australia and Germany, who will research the submarine volcano located seven kilometers northeast of Santorini.

Backed by the Greek DP-2 CLV Ocean Link of Maritech International, NASA’s goal is to test new “smart” technologies in Autonomous Underwater Vehicles (AUVs). Over the coming decades these technologies will be used to explore extraterrestrial oceans, such as Jupiter’s distant satellites, Enceladus and Europe, where submarine traces of life in extreme, uncharted and potentially dangerous environments will be sought.

READ MORE: ‘We probed Santorini’s volcano with sound to learn what’s going on beneath the surface’

University of Athens Assistant Professor Paraskevi Nomikou, responsible for the Greek participation, played a key role in conducting NASA’s research in Greece. Speaking to the Athens-Macedonian News Agency, she said: “The volcano of Columbus presents challenges similar to those of planetary exploration. Although remote-controlled submarines have previously landed in the Columbus Crater, autonomous underwater vehicles (AUVs and gliders) will be used in this mission to collect oceanographic data due to the complex and potentially dangerous environment.”

On his part, Dr Camilli said that that the program is “focused on testing technologies, in particular autonomous robots, rather than studying volcanoes.”

He said that Columbus was chosen as “a representative substitute for these oceans. NASA’s focus is not to study this volcano specifically. Nevertheless, the Greek scientific community and society in general will benefit from an increased understanding of the volcano.”

“Among other things,” he said, “research can help prepare for a volcanic eruption early and protect the marine environment.”

He also stressed that “the whole programme is carried out without any Greek or European financial participation” and is funded by NASA.