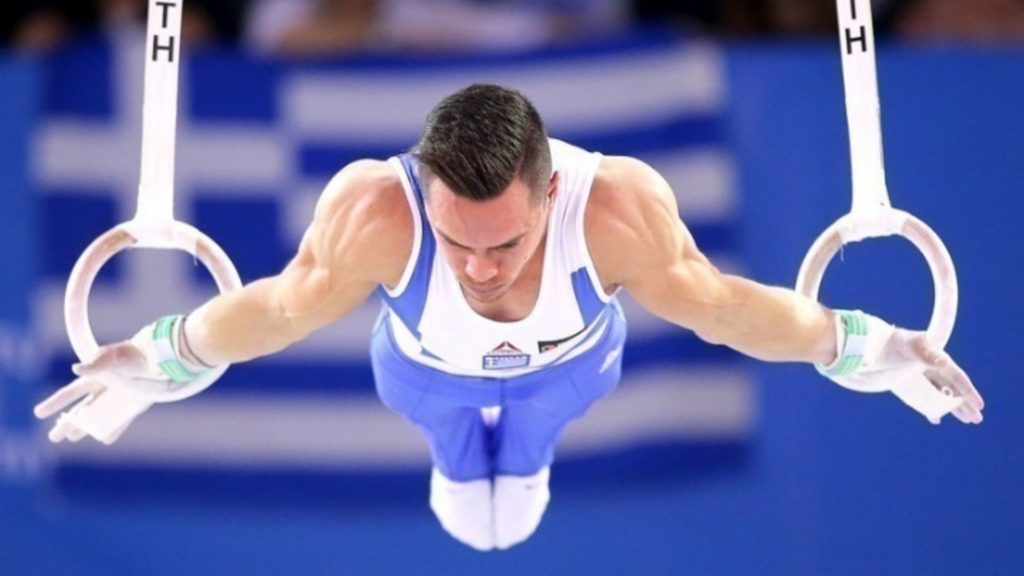 Eleftherios Petrounias has begun his battle to enter the Olympics in spectacular fashion. Photo: APE/MPE

Greece’s Eleftherios Petrounias has secured a place in the finals of the International Gymnastics Federation (FIG) World Cup in Cottbus, Germany.

The 28-year-old scored a total of 14.933 points, qualifying in second position.

He will be competing on Saturday against China’s Liu Yang, who topped the standings in the men’s rings qualification with 15.100 points.

It will be the last opportunity for Petrounias to earn qualification points for the upcoming 2020 Olympic Games in Tokyo.

The gymnast faced a challenging start to the World Cup series, unable to participate due to injury and having to undergo surgery, and so currently does not have a ranking.

He is a three time World Champion, and in 2016 won gold at the Olympics in Rio.

It has been a big month for the gymnast, who only recently became a father, welcoming the birth of a daughter with his wife, fellow Olympian Vasiliki Millousi.