Winners and Sinners: Stefanos Tsitsipas on top of the world!

In his weekly column, Alex Anyfantis takes a look at the Winners and Sinners of Greek and Australian sports 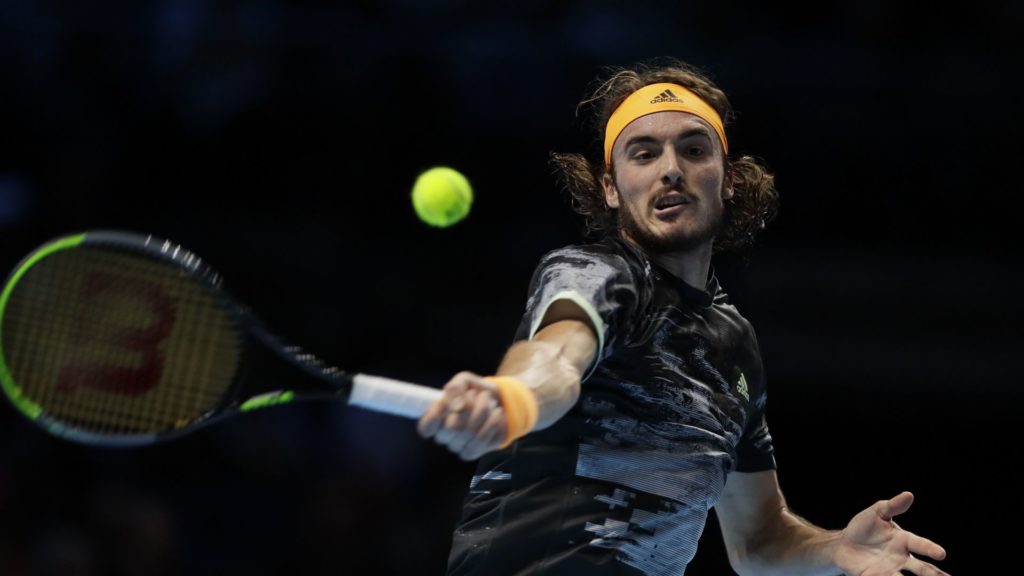 Stefanos Tsitsipas won the ATP Finals to reach the top of the world. And he’s only 21-years-old! Photo: AAP via AP/Kirsty Wigglesworth

STEFANOS TSITSIPAS
What more can be said about the wonder-child of Greek tennis? He has been seeking a significant trophy to add to his name for a while now, and finally he has done it. His win at the ATP Finals was the proof of his development and considering his young age (21 years), the prospects of how far he could go are exhilarating. If he’s already taking down the likes of Roger Federer and Novak Djokovic, what will he be doing once he gains some more experience under his belt? It feels as if it’s only a matter of time until he reaches his first Grand Slam title and he’ll be arriving in Melbourne in great form for the Australian Open. Combined with the great support of the Greek community, his chances are quite good!

NICK KYRGIOS
A great week for Greek-Australian tennis! We’ve had a bit of an up-and-down relationship with the fiery ace here in this column, but it seems he’s closing the season in great form. Playing for the Lleyton Hewitt captained Australian team at the Davis Cup in Madrid, the 24-year-old has dominated his opponents, leading his team to the top of their group and into the quarter finals. It was thanks to his and Alex De Minaur’s efforts that Australia managed to complete the group stage undefeated. Unfortunately Kyrgios picked up an injury and was unable to play in the games against Canada, with the team forced to their first defeat in the competition. Read more on Page 24

OLYMPIACOS IN MELBOURNE
A very promising prospect for young footballers in Melbourne is finally off the ground! Olympiacos has come to Melbourne in search potential talent to add to their team and youngsters can finally chase their dream of one day wearing the same jersey that legends of world football such as Rivaldo, Karembeu, Giovanni, Djordjevic and others have worn inside the pitch. At the same time, the club will also have a senior level team taking part in the Victorian State Leagues (called “Glenroy Lions”.) Read more on page 26

LEFTERIS PETROUNIAS
The Greek ring champion has made his country proud on several occasions and it appears he’s getting ready to add another to the list. The champion started the qualifying tournament for the Olympic Games in great fashion, advancing to the final where he will face Chinese athlete Yang Liu. The Greek star managed to collect a total of 14,933 points from the judges, showing great improvement from his previous appearances in the season.

OLYROOS
A very promising end to the season by the Gary Van Egmond side. Just a few short months away from the Olympic qualifying tournament in Thailand, the young Australians seemed to be in excellent form, despite having to play without four of their best (due to the incident in Cambodia) and walk away with three win in as many friendly games from their training camp in China. Additionally, the Greek-Australian players that were with the team also put on a positive performance, with Anastasios Mourdoukoutas finding the net against DPR Korea and Panos Armenakas providing an assist for the opener against China.

EVANGELOS MARINAKIS/SOKRATIS KOKKALIS
The “family feud” that has erupted at Olympiacos is only hurting the club. Both current and former presidents are spewing venom at each other, with the fans stuck in the middle, undecided on what position they should take. Should this situation continue, it could cause significant damage to the club’s image.

PANATHINAIKOS-FINIKAS VOLLEYBALL MATCH
It’s rare that you see an indoor sport game get cancelled due… to poor weather conditions! And yet, this strange phenomenon took place at the Agios Thomas Stadium of Marousi, Athens, when water began to drip in from the roof of the stadium, forcing the two teams to abandon the match and the stadium to be evacuated. Just another sign of how poor the facilities are – yet what makes matters worse is that this is one of the most high-profile areas of the Greek capital!

ALEX KING (ROAR-CITY REFEREE)
It seems referees in Australia need to go back to basics… You can only rely on the Virtual Assistant Referee (VAR) for so far. So here we go again: when a player of the attacking team kicks the ball onto the hand of a defender (whether inside the area or out) and the distance between them is too small, that does not constitute a violation and is in no way a handball. Alex king’s decisions on last Sunday’s game at the Dolphin’s Stadium were questionable to say the least. Yet this is not the first, and sadly it appears it won’t be the last such case. Referees need to be better educated.