Parents honour memory of son’s short life by giving back Maria and George Mihos with their three children, a photo of baby Haralambos, and the Cuddle Cot. Photos: Supplied

Late last year Maria Mihos and her husband George shared their heartbreak of losing their son with Neos Kosmos.

Haralambos Harrison Mihos was born premature at 23 weeks and three days, weighing just 660 grams. After fighting for his life for 21 hours, his body shut down.

To make the experience even more traumatic, the couple were shocked to have had to farewell their baby, who was brought to their hospital bed, in a bassinet-style “zipped up black freezer bag”. On top of that they were told they would have “10 to 15 minutes max” with him.

This was the only time they would spend with their baby before his funeral.

In the aftermath, Maria came across the Cuddle Cot, a small, transportable cot designed with a cooling system fitted to lie underneath the baby. The technology allows bereaved families the chance to spend as much uninterrupted time with their baby as they wish, before saying their final goodbye.

Maria and George did not have a Cuddle Cot available to them, and looking back know that it would have made a difference in the grieving process.

On what would have been their first-born son’s sixth birthday, the couple managed to raise the $6,000 necessary to purchase and donate a Cuddle Cot to St Vincent’s Hospital in December, 2018.

READ MORE: How the tragic loss of a child inspired a family to help other grieving parents

Since then, they have continued their efforts, managing to raise enough money to donate another two Cuddle Cots, the most recent to the Royal Women’s Hospital in Parkville this month.

George and Maria Mihos donating their third Cuddle Cot, this time to the Royal Women's Hospital. For the family, it was truly a full circle moment, as it was the same hospital both of their eldest boys spent time in the Neonatal Intensive Care Unit.

“We were able to take our ex-27 weeker son Connor and his siblings in to see where he spent his first three months fighting for his life,” Maria told Neos Kosmos.

“It was a very surreal moment in time for us all to be able to visit as a family, six years on. We are so proud and feel very blessed.” 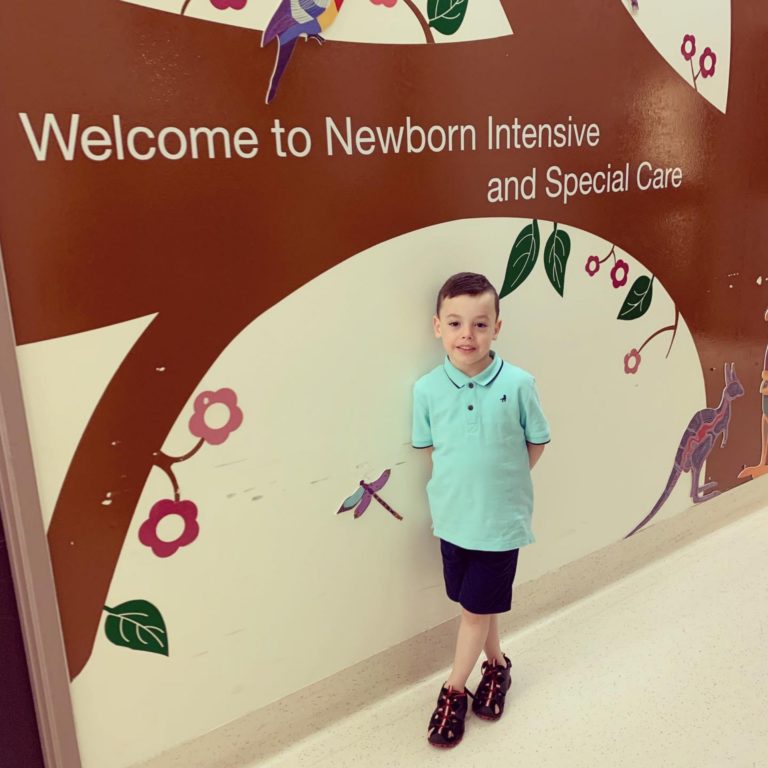 Maria and George with their son Connor.