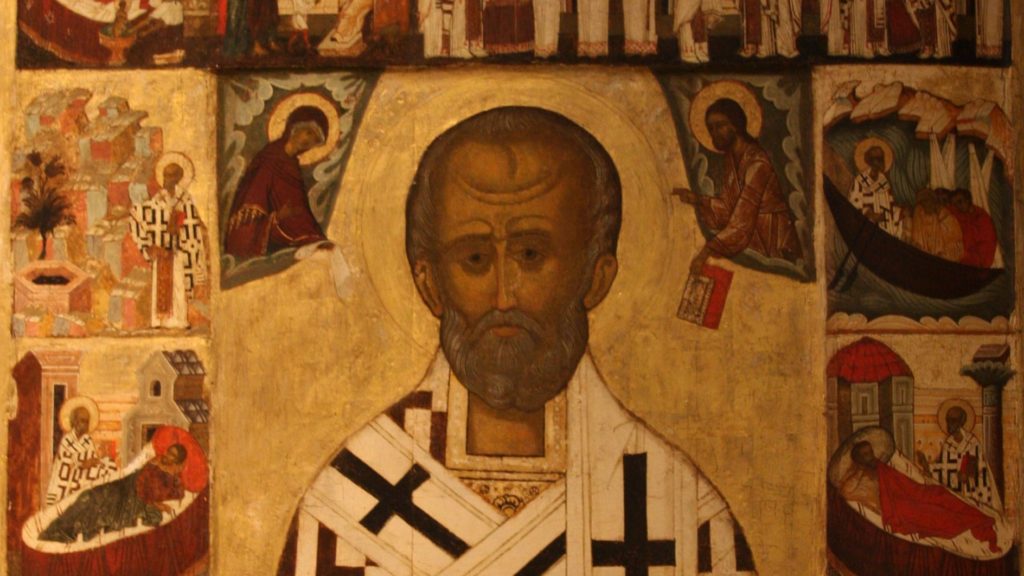 The feast day of St Nicholas is celebrated on 6 December.

Known as Nicholas the Wonderworker because of the miracles attributed to him, the saint was born on 15 March 270 in Myra, Asia Minor, during the time of the Roman Empire.

Though Greece celebrates Saint Basil (1 December) as the saint for gift-giving, Saint Nich is the traditional model of Santa Claus for many countries around Europe due to his legendary habit of secret gift giving.

The earliest accounts of his life were written centuries after his death on 6 December 343.

Born in the Greek seaport of Patara, Lycia, to wealthy Christian parents, he is said to have done many good deeds including the rescue of three girls being forced into prostitution. He saved them by dropping a sack of gold coins through the window of their house each night for three nights so that their father could pay a dowry for them.

He is also known to have calmed a storm at sea and saved three innocent soldiers from wrongful execution.

After a pilgrimage to Egypt and the Palestine area, he became Bishop of Myra.

Cast into prison during the persecution of Christians by Diocletian, he was released after the accession of Constantine and attended the First COuncil of Nicaea in 325 though he is not mentioned in writings by people at the council.

Other legends claim he was temporarily defrocked for slapping the heretic Arius at the council.

Another famous late legend tells how he resurrected three children, who had been murdered and pickled in brine by a butcher planning to sell them as pork during a famine.

Fewer than 200 years after Nicholas’s death, St Nicholas Church was built in Myra under the orders of Theodosius II, however his relics were moved without authorisation and are now enshrined in the Basilica di San Nicola in Bari and are said to exude a miraculous watery substance known as myrhh which are regarded as possessing supernatural powers.

Today is the name day of Nicholas, Nick, Nicky, Nicoletta, Letta and those who have other derivatives of the name.