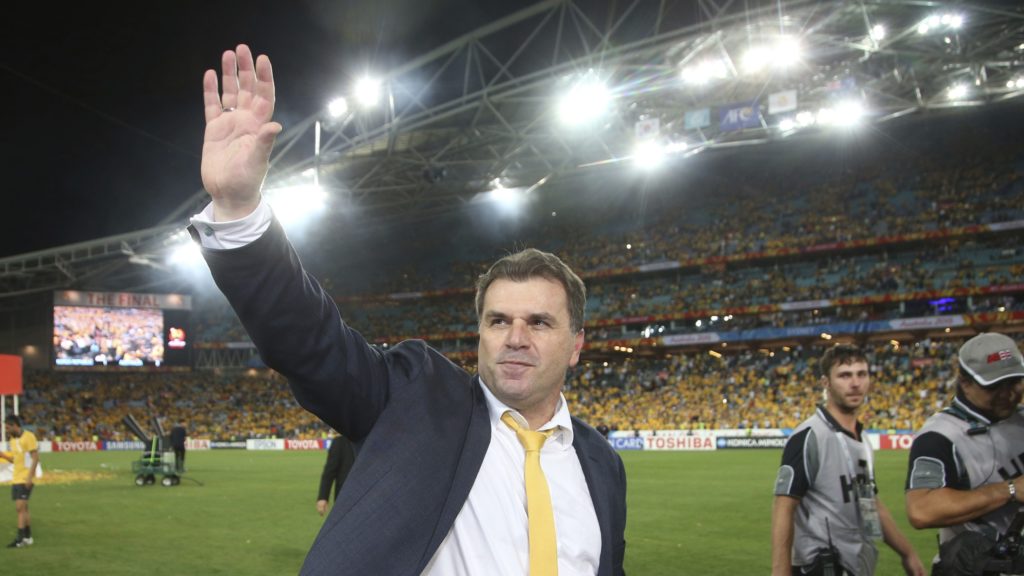 The J League title will be delivered safely into the lap of Yokohama F Marinos for the first time in 15 years by about 6.00 pm Eastern Standard Time on Saturday. At least that’s the hope and expectation of thousands of Yokohama F Marinos fans and Australian football fans who will be looking on in anticipation of seeing one of their own, coach Ange Postecoglou achieve a historical title win.

A 10-match unbeaten run, including nine wins, stretching back to Round 23 in August, has seen Postecoglou’s Marinos surge from fifth place on the table, to overtake longstanding leader FC Tokyo at the top of the table ahead of their final match day top of the table clash at Nissan Stadium in Yokohama.

Going into this Saturday’s match, Yokohama leads second placed FC Tokyo by three points and a seven goal advantage in goal difference. Only a catastrophic loss of four goals or more would see the title slip from Yokohama’s grasp.

As well as home ground advantage, Yokohama has form and virtually a full fit squad available going into this title deciding match. The two leading goal-scorers in the J-League, Teruhito Nakagawa and Marcos Junior with 15 goals apiece, will lead the J-League’s most potent attack. They aren’t the only scoring options at Postecoglou’s disposal. Mid-season summer signings, Brazilians Erik Lima and Mateus dos Santo, have made a real difference to the team.

In their last three matches Yokohama have taken the lead within the first ten minutes of the match, going onto the front foot almost immediately from the start. It’s a ploy that FC Tokyo will almost have to adopt in order to have any hope of scoring enough goals to take the trophy.

Tokyo manager Kenta Hasegawa said after the team’s 1-1 draw with Urawa Reds last Saturday,”In the end we can’t win the league unless we persist and win by four goals in the last game.”

“Our chances may be one percent or even less, but as long as we have a chance I want us to fight together.”

FC Tokyo’s task of scoring enough goals to secure a big enough win, has been made even more problematic by injuries to key forwards going into this final game. Their leading striker, Diego Oliveira (14 goals) appears to be certain to miss after coming off with an injury against Urawa last week. His strike partner Kensuki Nagai also looks doubtful after coming off in the same game with what appeared to be a severe shoulder injury. Defensively, FC Tokyo will also be without a suspended right back Sei Muroya.

READ MORE: Ange Postecoglou: The best memories I have are going to games with my dad

“(Nagai and Oliveira) are our double engine,” Hasegawa said. “They’ve pulled our offence and defence forward. Our intensity dropped without them, but the players who replaced them worked hard.”

So barring a shock loss of four goals or more, Yokohama F Marinos will be celebrating a long awaited title and we’ll be singing the praises of Australian coach Ange Postecoglou and his team for achieving a historical first. Alongside Postecoglou in the Yokohama dugout, are another couple of Australians, former Oakleigh Cannons coach Arthur Papas and Peter Cklamovski, who are Postecoglou’s assistants.