Olympiacos officially requested the upcoming game between the two teams be postponed, with the champions dismissing the accusations as ‘ridiculous’ and threatening to take legal action 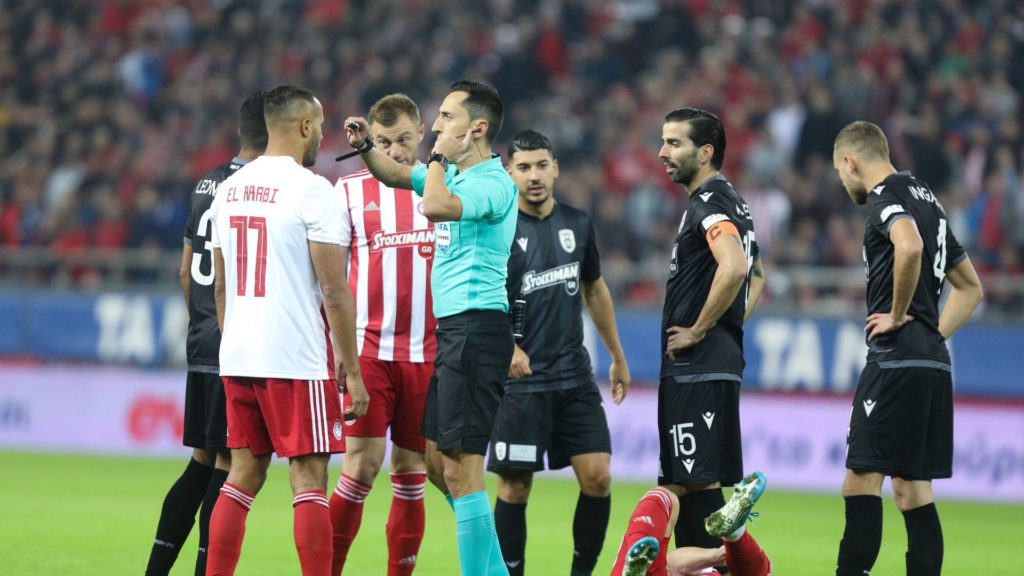 The Olympiacos-PAOK rivalry has extended outside the pitch. Photo: MARKOS HOUZOURIS/EUROKINISSI

Once again, tension flared in the world of Greek football.

A story that was aired on Greek channel ONE (which belongs to Olympiacos owner Vangelis Marinakis) revealed that PAOK chairman Ivan Savvidis is funding a company that financially supports fellow Super League One club Xanthi.

Following this revelation, the Olympiacos board sent an official request towards both the Greek vice-minister of sport Lefteris Avgenakis and the chairman of the Super League, Minas Lisandrou, in order to postpone the match between the two teams that is planned for this weekend.

The club from Piraeus claim that, following these revelations, there are serious reasons to be concerned about the integrity and reliability of the competition and until they can be cleared beyond a doubt, the game should not take place.

PAOK responded by calling these accusations ‘ridiculous’, pointing out that it is illogical for Olympiacos to ask for the postponement of a game based on a ‘fantasy of their own construction’.

Meanwhile, the two managers are carrying on as normal with their plans for the upcoming games, with PAOK manager Abel Fereira planning to make some changes to his starting eleven, bringing back squad captain Adelino Vieirinha and giving highly unresponsive midfielder Diego Biseswar a chance to rest.

At the red-and-white camp, Pedro Martins is attempting to keep his players focused on Saturday’s game against Panetolikos.

The Portuguese manager has demanded the utmost attention from his squad, considering their performance level usually drops when they play away from home and after last week’s home draw against PAOK, no more slip-ups will be forgiven.

French play maker Mathieu Valbuena will be unavailable for the upcoming game, with the 35-year-old making an effort to be ready for next Wednesday’s clash against Crvena Zvezda that will determine Olympiacos’ future in Europe.

At AEK, everything seems to be revolving around the hunt for a new manager, with technical director Ilija Ivic making several trips around Europe in order to find the ideal candidate.

The most recent name to come out of the rumour mill was that of Russian Leonid Slutsky.

At the same time however, the black-and-yellows have a difficult upcoming encounter to look forward to as they take on Panionios at the Olympic Stadium, with both Daniele Verde and Dmitro Chygrynskiy making a come back in this game, after recovering from their injuries.

Meanwhile, Panathinaikos have already begun reforming their squad ahead of the January transfer window, with Dimitris Kourbelis extending his contract with the club until 2023 and Yohann Molo beginning his search for a new club, after being told that his services will no longer be required.

The “greens” are on a four game undefeated run and will hope to extend it during their trip to Volos, with the local team not planning to make it easy for them.

Aris will hope to do the same at Peristeri against Atromitos, with the club remaining unbeaten ever since the arrival of German manager Michael Oenning.