Condemnation of Turkish-Libyan maritime accord, including by Libyan House of Representatives Parliament Speaker 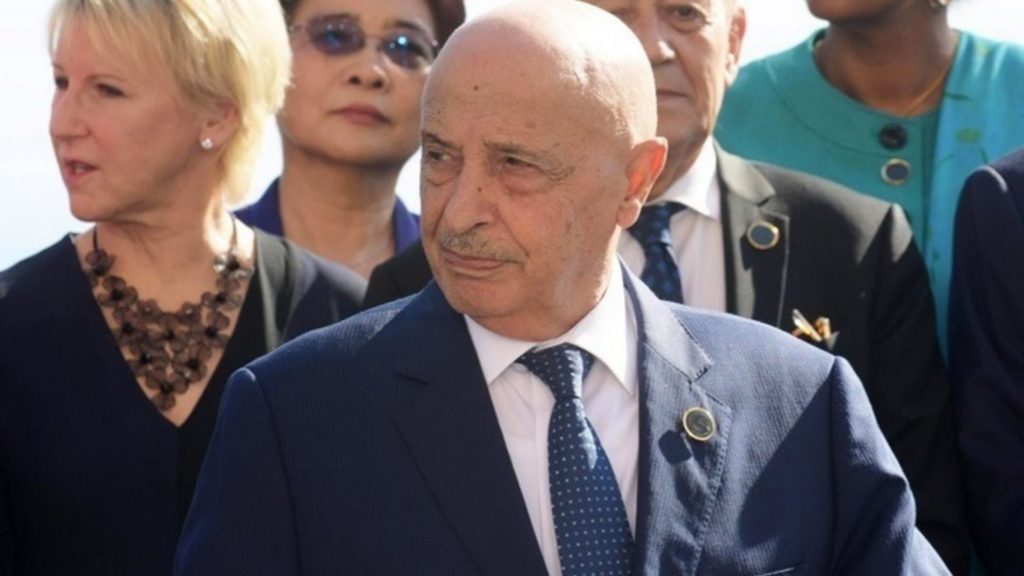 Aguila Saleh Eissa does not recognise the Turkey-Libya maritime accord. Photo: AMNA

Turkish President Tayyip Erdogan said Greece’s expulsion of the Libyan envoy was an “international scandal” and that the country would pay the price for its actions internationally.

The comments came following an EU foreign ministers meeting that stressed concern regarding the Turkish-Libyan maritime accord. EU Foreign Affairs High Representative Josep Borrell said that “it was clear from our discussion that this document raises major concerns.”

“We express our solidarity and our support to Greece and Cyprus,” Borrell noted, pointing out that the accord “could give rise to problems involving Greek islands.”
Reiterating the European Commission’s stance, he said that all agreements should respect international law.

“The Presidential Council of the Government of National Accord, its President and members, are an existing illegal entity because they have never been sworn in before the legitimate Libyan parliament ever since they assumed office,” Mr Eissa said.

He said “Libya and Turkey do not have common maritime boundaries. There are several countries including Greece and Cyprus, in addition to the overlap of maritime borders with other countries, including the Arab Republic of Egypt, Syria and Lebanon, as stipulated in the United Nations Convention on the Law of the Sea (CNUDM).” He called on the UN to issue a resolution withdrawing its recognition of the Government of National Accord.