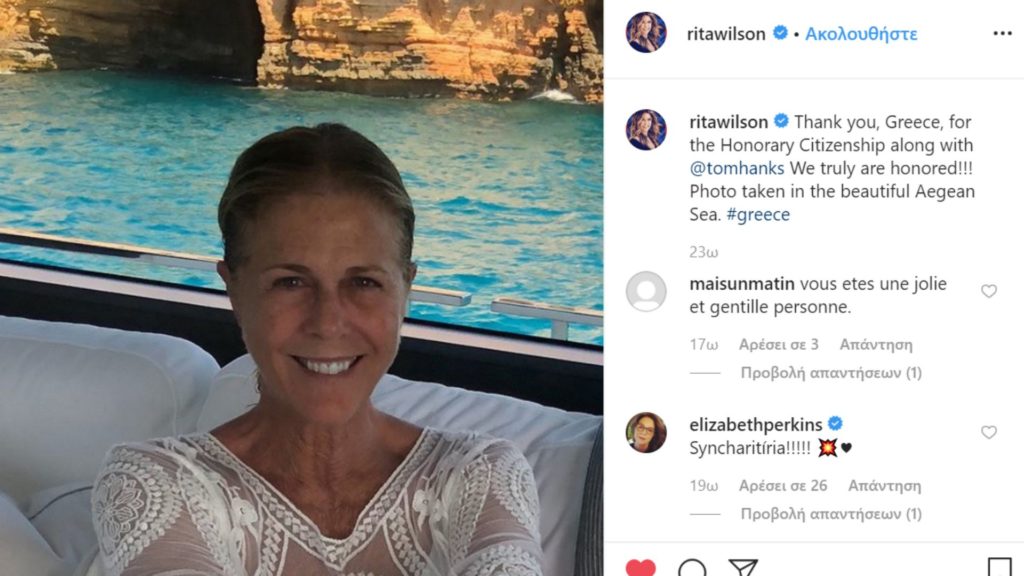 Tom Hanks, 63, was honoured to be granted Greek citizenship in December.

Following his post on Instagram last week with reference to Greece, actress Rita Wilson also took to Instagram thanking the country. Her post featured the actress relaxing in the calm seas of the Aegean Sea, and said: “Thank you, Greece, for the Honorary Citizenship along with Tom Hanks. We truly are honoured!!!”

Thank you, Greece, for the Honorary Citizenship along with @tomhanks We truly are honored!!! Photo taken in the beautiful Aegean Sea. #greece

Hanks was granted citizenship by Greek President Prokopis Pavlopoulos for being a Philhellene. He is a baptised Orthodox Christian and converted to the faith before marrying Rita Wilson, who is of Greek descent.