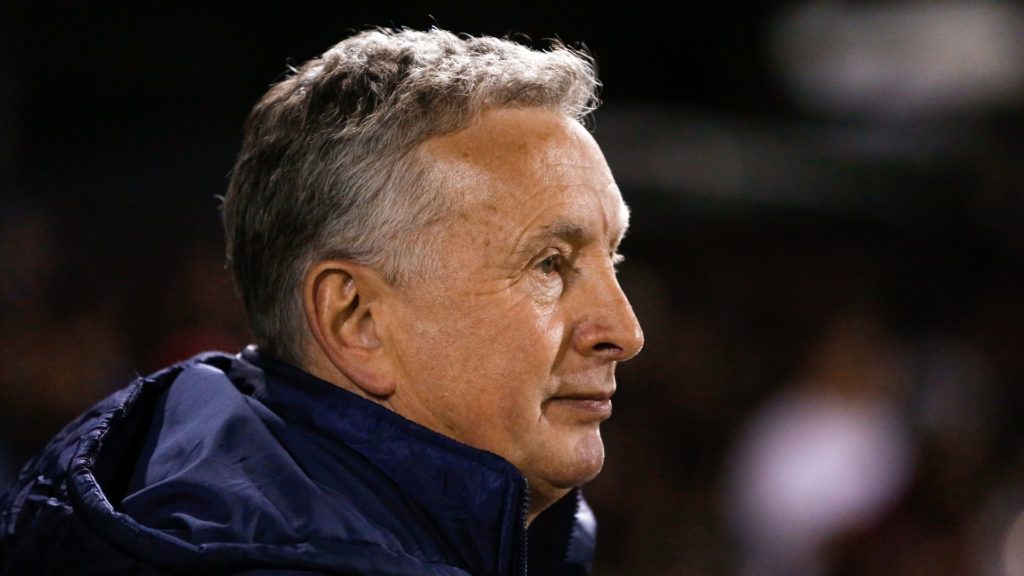 The A-League’s most experienced coach became the first managerial casualty of 2020 earlier this week. Newcastle Jets’ coach Ernie Merrick has paid the price as the Jets injury-ravaged squad slumped to rock bottom on the ladder following poor results in recent weeks.

Merrick took the reins at Newcastle in 2017, narrowly missing out on a title in 2018 when they unluckily lost to Melbourne Victory in a tense grand final, a club he had previously coached to two A-League titles. Ironically, the Jets’ heavy loss to Victory last Sunday was to be his last match in charge of the Jets, with club CEO Lawrie McKinna, announcing the day after, that a change was needed if the club was to have any chance of reaching the finals this season.

The Jets expect to appoint a head coach before the end of the month with former England coach Sven Goran Erikson reportedly expressing interest in the position. In the meantime however, Jets W-League coach Craig Deans will act as interim coach and he faced a tough first up assignment taking on high flying league leaders Sydney FC in the Friday evening fixture for this weekend’s round 14.

Saturday’s trio of matches kicks off in New Zealand where Phoenix coach Ufuk Talay is having a better time of it, having just been announced as coach of the month in December.

The Phoenix will be trying to consolidate a spot in the top four, and if they get a result against the Wanderers, they’ll equal a club record of nine undefeated games, set last year under then coach Mark Rudan. They host a struggling Wanderers side which has lost six of its last eight matches, a run which has seen it drop out of the top six to eighth spot. The Wanderers welcome back midfielder Pirmin Schwegler but will be without Kieran Bacchus away on Olyroos duty.

Based on form, Phoenix will start as strong favourites in front of their home fans, even without creative playmaker David Ball, out injured, and key forward Reno Piscopo on Olyroos duty. They’ve signed versatile midfielder Brandon Wilson from Perth Glory, and have other players in good form at present including Davila and December’s player of the month Cameron Devlin.

The last time these two met, fans were treated to a seven goal thriller in which the Roar posted its first win of the season in a famous come from behind 4-3 victory which featured hat tricks from the two centre forwards on both teams, Jamie McLaren for City and Roy Donovan for the Roar. Although second placed City sits well ahead of the Roar on the table, this match could go either way as City’s defence looks vulnerable particularly without suspended centre back Harrison Delbridge. Only the Jets have conceded more goals than City this season. City’s squad will also rely on several youngsters to cover for four players missing on Olyroos duty.

Tip: Roar to cause an upset

This is a meeting of two sides travelling in opposite trajectories at present, with Glory going for a fifth successive win, whilst the Reds will be looking to arrest a recent form slump with four losses in their last five matches, which has seen them drop out of the top four to cling on to sixth place.

It’s difficult to see the Reds stop the Glory express, particularly out west. The Reds attack will be missing and injured playmaker in James Troisi and centre forward Al-Hassan Toure, away on Olyroos duty. In contrast, Glory’s attack is firing on all cylinders and they have a full squad to choose from.

This is the first meeting of these two teams this season.

This is another first-time meeting this season. Victory have had a mini resurgence recently which has lifted them to the threshold of the top six. It coincides with a fit forward line which will be boosted this week by the return from suspension of skipper Ola Toivonen. At the other end of the park, youngster Anthony Lesiotis has broken into the starting line-up in recent weeks as first choice right back. However Victory’s depth in defence may be tested as it will be without an injured Tim Hoogland and Thomas Deng on Olyroos duty.