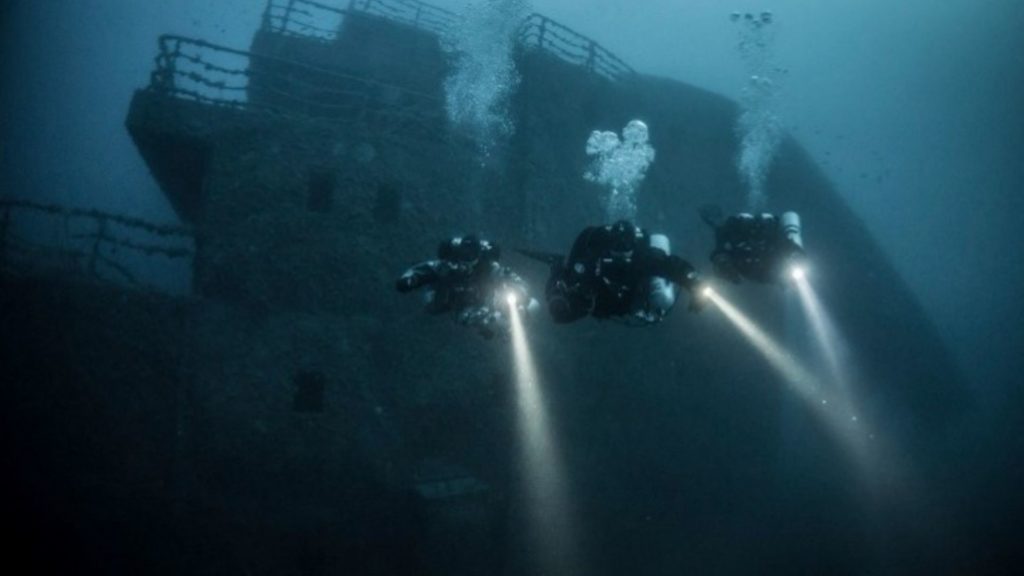 The Hellenic Navy General Staff has completed its first phase of diving activity to investigate and record the current state of historic Navy shipwrecks in the seas of Skaramanga, the Saronic Gulf and Lakki, Leros.

An announcement by the HNGS states that the sunken ships that were explored included the legendary ‘Aris’ owned by Anastasios Tsamados, which was used during the Greek War of Independence in 1821. It later served as a training vessel until it was ceremoniously sunk with full honours off Salamis on the 100th anniversary of the Greek Revolution.

Other wrecks explored were those of destroyers Hydra and Vassilisa Olga.

The first stage of diving was conducted from September through to mid-November, with the second stage expected to follow later this year in collaboration with the underwater antiquities ephorate. Divers will bring up some of the finds.

The results of the investigation will be rendered as a 3D image for each shipwreck which will later be showcased by the Navy Historical Service. Historians will also research each vessel for a better understanding of Greece’s naval history.