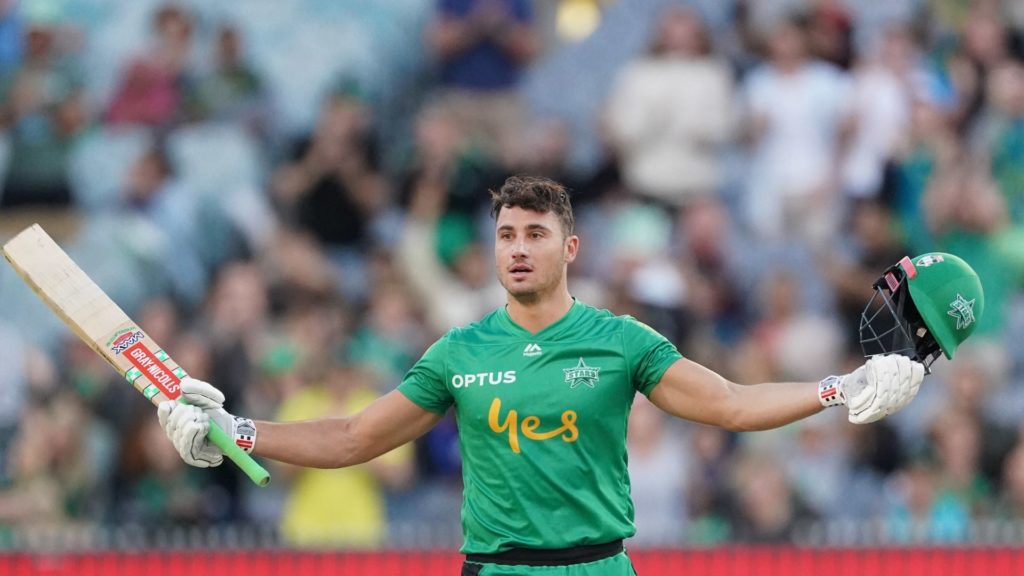 It’s fair to say that Perth-born Greek-Australian cricketer Marcus Stoinis has been in and out of the headlines over the last week for both right and wrong reasons. Immediately following his record breaking feats with the bat on Sunday evening in the Big Bash League, the 30-year-old all-rounder expressed regret at homophobic comments he had directed to an opponent in a match the week before.

On Sunday evening, he plundered 147 from just 79 balls for the Melbourne Stars against the Sydney Sixers, to set a new Big Bash League (BBL) record for the highest individual score. His innings, which included 13 fours and eight sixes, consolidated his status as the leading run scorer in the whole BBL this season. His 207 run partnership with Hilton Cartwright (59 no) also set a new record for a BBL partnership. The Stars currently head the BBL table. He continues to build a strong case for his selection in the Australian T20 team to contest the 2020 T20 World Cup, in October-November later this year.

Flashback to just one week prior to his historical innings with the bat, and Stoinis was mired in controversy after he was fined for abusing an opposition bowler when the Stars played cross town rivals, the Melbourne Renegades. During a heated exchange with Renegades’ bowler Kane Richardson, Stoinis made a homophobic slur directed at Richardson for which he was charged with breaching the players’ code of conduct. Stoinis escaped a match ban but was fined $7,500.

“There’s absolutely no excuses,” Stoinis told reporters after smashing the BBL run record on Sunday. “I mean he’s a good mate, and he – over the last couple of games we’ve played I think he’s wound me up a few times, [but] it’s absolutely no excuse to use words like that. And that’s what he was trying to do. He was trying to get a reaction out of me and that sort of thing and unfortunately, I took that bait and went too far and that’s not acceptable.

READ MORE: Paul Capsis on how he overcame racism and homophobia

“I’ve spoken to Kane but then even more than that, I think it’s not the type of person I am. It’s not who I want to be and I understand it’s out of line. It’s not how I was raised. And I’m not proud of it, but I guess I’m just gonna cop that on the chin and, and roll with it now. And also, look, hopefully other people learn from my mistake.

“And unfortunately, that’s all we can do. I guess you can’t take anything back. You’ve just got to show it by your actions from going forward.”

The player subjected to the slur, bowler Kane Richardson commented on the circumstances surrounding the incident.

“We always talk, we’re both competitors,” he said. “It was just a bit of harmless banter about what was going on on the field and the way he goes about it. I always want to have a chat to him about that. It was just harmless cricket chat. For some reason, he reacted the way he did. You would have to ask him why; it was really out of character. He looked more angry than I have ever seen him. I’m not sure what he was thinking. The learning has to be that it never happens again.”

READ MORE: Let’s talk about discrimination and homophobia and the impact on mental health and relationships!

When asked if Stoinis had been in contact with him since the incident, Richardson said: “Yeah, a little WhatsApp the morning after, but not a whole lot of conversation about it. He realised he made a mistake. I could just tell by his body language for the rest of his innings that night that he knew he made a mistake. I didn’t need an apology for myself, he didn’t offend me. It’s what he said that offended so many people. It was more just his actions and everyone’s actions, we can’t afford to have that happen again.”