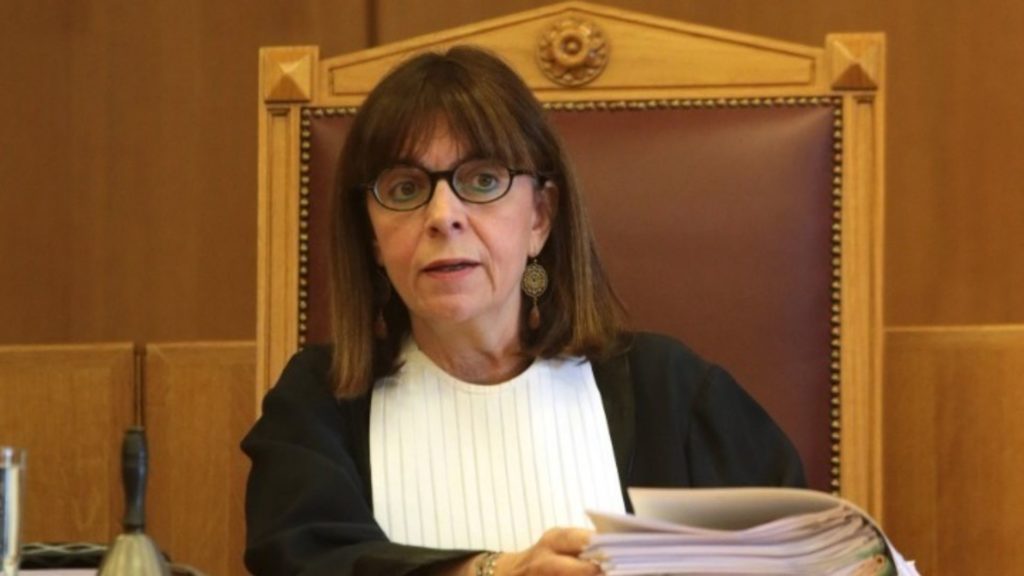 Greek Prime Minister Kyriakos Mitsotakis named Katerina Sakellaropoulou as the conservative New Democracy government’s candidate for the post of the President of the Hellenic Republic, the nation’s highest position, even though she is not a member of the conservative party.

To be successfully appointed as President, Ms Sakellaropoulou’s nomination will need to be approved by the entire body of MPs. Mr Mitsotakis expressed the hope that she would be supported by all parliamentary parties.

Ms Sakellaropoulou, a female judge who currently heads the Council of State, the country’s top administrative court said she was “greatly honoured” to have been nominated for President by Mr Mitsotakis in a televised address on the state-run broadcaster ERT on Wednesday evening (local time).

“I accept the proposal and, if elected, I will devote all my efforts to serving this high duty, as set out by the constitution,” she said.

Her candidacy needs to be approved by Greek Parliament in order for her to become the first female president of Greece, and she would replace incumbent Prokopis Pavlopoulos once his term ends in March.

In July, Mr Mitsotakis had said that he wanted to see more women take on roles in Greek politics when he was questioned why his cabinet of 22 had just two women after he assumed office in July. At the time he had said that he had asked a lot of women to step into roles but they were much more hesitant and he had openly acknowledged that he was not happy about his party’s gender composition.

Ms Sakellaropoulou said that the choice to propose her for the country’s highest office “honours both justice and the modern Greek woman.”

Ms Sakellaropoulou was born in Thessaloniki in 1956. She is a graduate of Law from the National and Kapodistrian University of Athens in 1978, before being appointed to the post of Assistant Judge at the Supreme Administrative Court (Council of State) in 1982.

She completed her legal training during a leave of absence from her Council of State duties at the Sorbonne, Paris II University, from 1989-1990. She was proposed to head the Council Of State in October 2018 by the ruling SYRIZA administration. In the past, she has taught, worked as a consultant for the Education and Foreign Ministries, and was president of the Disciplinary Board of the Ministry of Foreign Affairs (2013-2015).

READ MORE: Misogyny is a Greek word too: Greece performs badly in the Gender Equality Index 2019

As President of the Hellenic Society for Environmental Law since 2015, she has worked on large cases involving the environment such as the diversion of the Acheloos River in Thessaly and the preservation of the historic refugee buildings on Alexandras Avenue in Athens.

Mr Mitsotakis said that Ms Sakellaropoulou is known for her “groundbreaking legislation for the right boundaries between protecting the environment and development”, and she is also “known for her moderation, her sound judgment, and her interest in protecting individual rights, which is her specialty.”

She is a divorced mother of one and lives in central Athens.