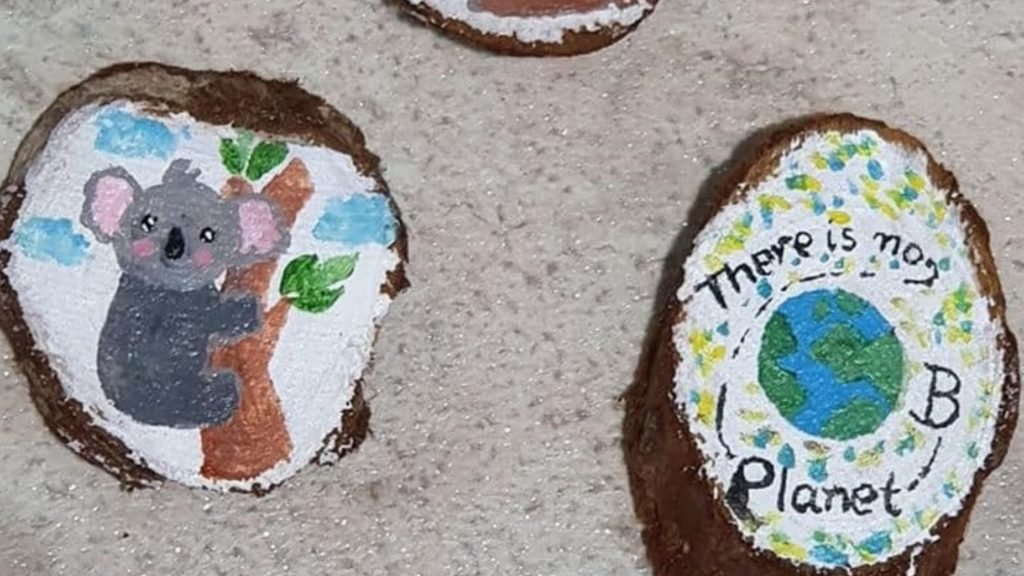 Some examples of the craftwork on sale at the Barking Dog in Athens to raise funds for animal victims of the Australian bushfires. Photo: Penny Marathon

A Greek animal rights group has organised an Australia Bazaar to raise funds for  animals affected by Australia’s ongoing bushfires.

The Penny Marathon has organised the sale of items created by local craftspeople at the Barking Barber, a grooming parlour in Nea Smirni, Athens.

The group came to prominence in 2012 when it launched the Penny Marathon, a 42km charity run and cycle ride from Marathon to Athens in the heat of July to raise awareness of the plight of Greece’s stray cats and dogs. The marathon, which has become an annual event  is run in four countries, was named after Penny, a much-loved stray dog.

“In addition to raising awareness of adoption and neutering programs and educating the public about acceptable behaviour towards companion animals, the Penny Marathon is a way to honour the work of volunteers who step up – where inhumane or apathetic systems fail – to save the lives of these animals,” explains a Penny Marathon statement.

The group also raised funds for animals that were affected by the fires that raged in the Attica region around Athens in 2018.