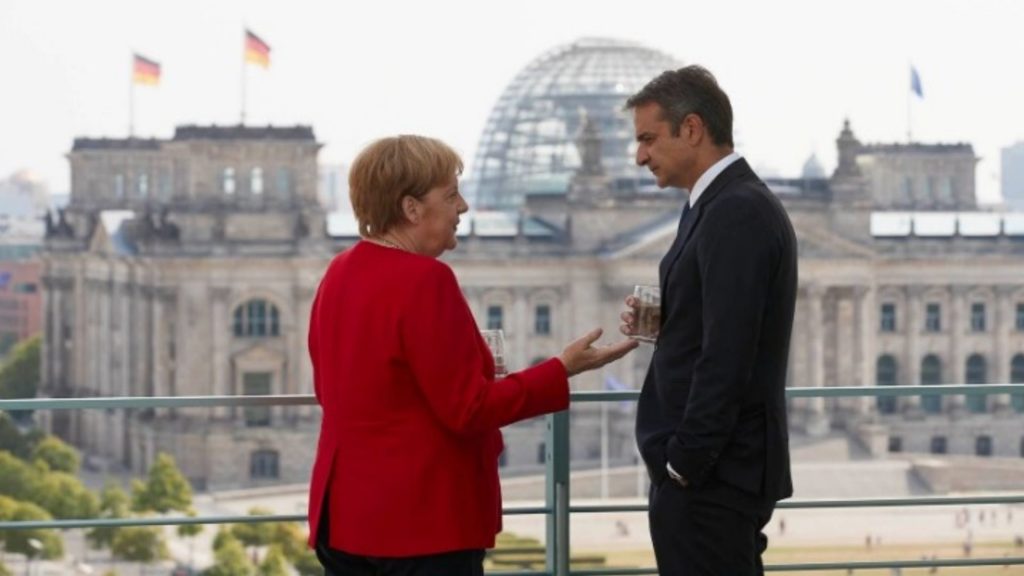 Greek Prime Minister Kyriakos Mitsotakis spoke to German Chancellor Angela Merkel in a telephone call on Friday. Government sources said that he expressed his displeasure that Greece has not been invited to the Berlin Conference on Libya, and he also voiced his concern over the instability in the region following the signing of the ‘invalid memorandum’ between the governments of Libya and Turkey that questions Greece’s sovereignty in the region.

Mr Mitsotakis expressed fears for the security of the wider Eastern Mediterranean region as a result of Turkey’s destabilising actions and called upon Ms Merkel to implement the European Council’s decision on this issue, which he said was binding for representatives of the European Union.

Ms Merkel said she was fully committed to the EU positions, and expressed full support for the conclusions of the recent European Council. She added that the aim of the Berlin Conference was not to deal with the issue of maritime zones in the Eastern Mediterranean but to bring peace and stability to Libya.