Popular Greek artist Nikos Vertis is in Australia for three shows only in Melbourne, Sydney and Darwin 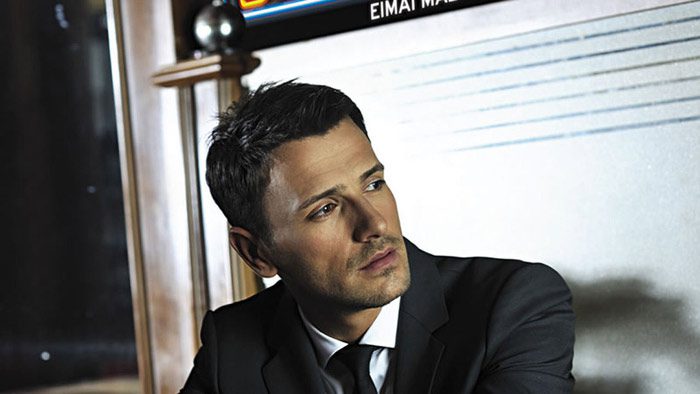 Popular Greek artist Nikos Vertis is in Australia for three shows only in Melbourne, Sydney and Darwin.
Born in the Netherlands, the 36-year-old singer moved to Greece with his family when he was 6-years-old. By 7, he was playing bouzouki and by 15 he started to get involved with singing. After a trip back to the Netherlands to attend technical school, and serving in military duties, Vertis began singing in clubs in Thesaloniki. In 2003, Vertis signed with Universal Music Greece and released his debut album titled Poli Apotoma Vradiazei (It becomes night quickly). The songs “Asteri Mou”, “An Feigeis”, “San Trelos Se Agapao” and the title track became rapid radio hits. To date, he has released five studio albums along with one CD single, and two special edition CD/DVD albums.
Support acts for the tour are Tamta and Evdokia Kadi.
Nikos Vertis will perform in Melbourne at Peninsula Docklands on Friday 15 February, Sydney at Le Montage, Bayside Event Centre on Saturday 16 February and a private show in Darwin on Saturday 23 February.