The Greek supporters point out their views surrounding the Australian Open incident through a lengthy Facebook post, singling out a security guard at Tennis Australia who they claim was on a “power trip” 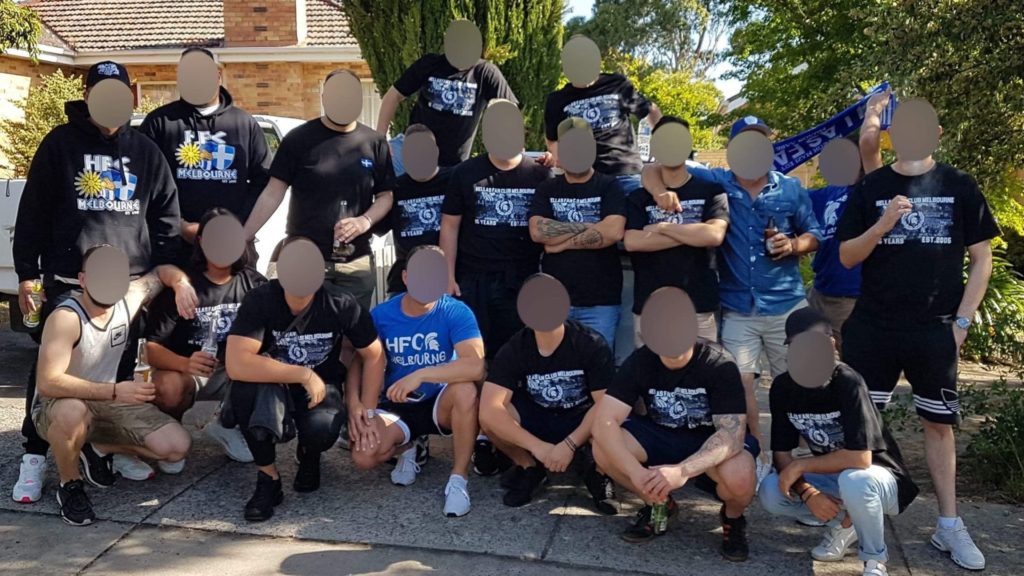 The Hellas Fan Club of Melbourne has responded to an incident that took place on Wednesday at the Australian Open, which saw some 20 fans of Greek background asked to leave the grounds for rowdy behaviour.

The fan club took to their Facebook page, releasing a lengthy statement that pointed the finger at a member of security at Tennis Australia, who they claim was on a “power trip” and allegedly attempted to create problems for them on several occasions.

The post goes on to mention that the fans were never issued any warnings for their behaviour, contrary to reports, and that they were simply told to leave the premises immediately, despite the fact that their behaviour had been praised by security inside Court 8 during Maria Sakkari’s game against Nao Hibino.

Members of the club also addressed the issue regarding the flags of the Vergina Sun, stressing that they have every right to be displaying them, as they are a copyright of the Greek Government.

The post adds the comments by Sakkari in support of the fans and ends by pointing out that they have been giving their support to every Greek tennis player in Melbourne for many years, creating a respectful atmosphere that is enjoyed by everyone.

In regards to the alleged incidents at yesterdays match between Maria Sakkari and Nao Hibino, the Hellas Fan Club Melbourne and all of its members understands that the Australian Open is a family friendly environment and are respectful of these guidelines. We did not receive any warnings from security or police during the match to be quiet and we were very well behaved.

Through our support of Maria Sakkari we also received her support and ovation during her post match interview. Sakkari said “They are very patriotic, so any incident that happens in Greece, they emphasise here more than we do back home, they feel more Greek than we are, which is quite nice. It’s not something which is illegal. I really like it (the support) and it makes me play even better and get more pumped and everything – that’s why it’s one of my favourite places to play. I really hope they (the Greek Supporters) keep coming to our matches and keep supporting us.”

As for the Macedonia chants & flags which some people are trying to create a problem. Let us remind them that, Macedonia is a state in Northern Greece. Much like Queensland is in Australia. The Royal Blue Macedonian flag with the sun of Vergina is strictly a Hellenic flag & officially the flag of Greek Macedonia. This flag is copyrighted by the Greek Government and is an official flag of Greece. The Sun of Vergina is a pan-Hellenic symbol used in all of ancient Greece but made famous by Alexander the Great & his father Phillip II of Macedon who adopted it as the official symbol of GREEK MACEDONIA. It is not an offensive symbol, as it is officially recognised by the United Nations and the European Union. We have a right to fly this flag as it is a symbol of 4000 years of Greek history. Imagine Australian supporters being told they cannot fly the Eureka flag during a tennis match. This is the rubbish we put up with when we are told it is “offensive”.

It’s a real shame though how one individuals actions is consistently harassing & greating problems for all Greek active supporters. This same individual has been harassing us for the last 3 years. This individual’s name is — and he claims to be the “Head of Security” for Tennis Australia. We have no fear in naming and shaming him. Why? Because he is the problem.

To make things crystal clear Hellas Fan Club Melbourne members and Greek active supporters were never escorted and evicted by Victoria Police yesterday. They were evicted and escorted by — who was on a power trip tried to create problems with us. We do not attend the Australian Open to create trouble, be roudy or cause problems. We attend to bring a vocal support for our players and fellow country men & woman. Yes we are very loud, and yes we are very proud!

During yesterday’s game, MSS Security who are hired by the Australian Open complimented the Hellas Fan Club Melbourne and other Greek active supporters of their behaviour all throughout the Maria Sakkari match and so to did the crowd on Court 8. Never were there any warnings from security on Court 8 during Maria Sakkaris match as labelled in the media. Maria Sakkari loved the support and aknowledges that we were very well behaved. Here is the tennis player (Maria) who we are supporting telling the media, officials & the world how much she loves our energy, atmosphere and what we bring to the game. Maybe you, the media should listen to the actual players who are playing on the court instead of individuals trying to create issues out of nothing.
We love the Australian Open.

We have supported and attended the Australian Open in big numbers for 15 years and we repeat, are used in every single promotional advertising for the Australian Open. We speak with the tennis players we have supported over the years and every single one of them love playing in Melbourne because the support, atmosphere, energy & passion they recieve in Melbourne is not replicated anywhere else in the world. If you dont believe us, ask them!