The Antipodes Greek Festival is just around the corner 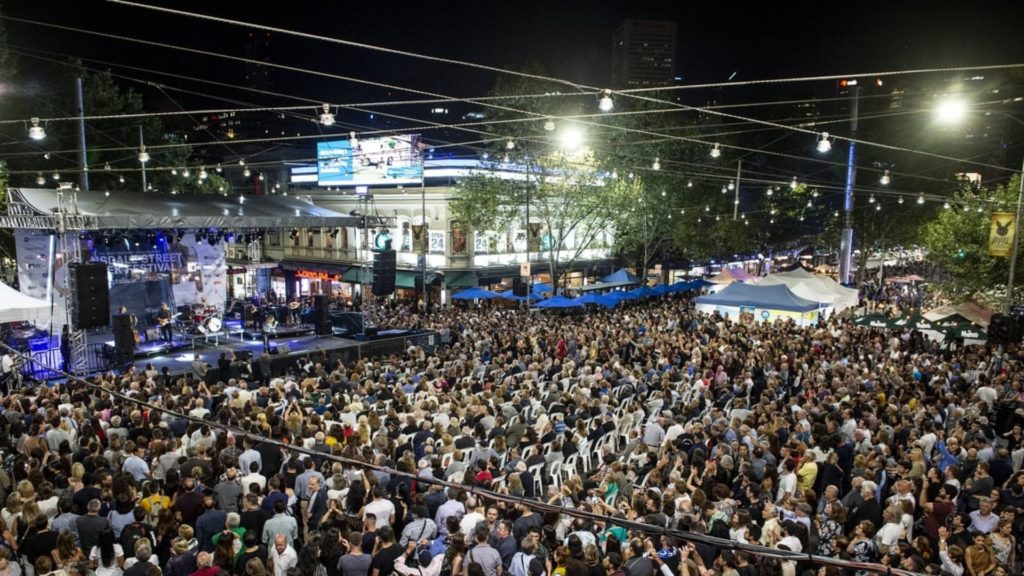 Thousands are expected to turn out for the 33rd Antipodes festival. Photo: Facebook (The Greek Centre)

It’s that time of year again. The Lonsdale Street Greek Festival is set to take over the historic Greek precinct of Melbourne for the 33rd year this month, but this year the festival is going back to its roots, renamed Antipodes.

Taking place over the last weekend of February, there will be plenty of stalls set up, three entertainment stages and roving performers, children’s rides and activities.

Over 500 local and interstate dancers and musicians will perform a range of traditional and modern pieces.

Headlining the free Saturday night concert will be Yiota Negka, who will visit Australia to perform for the very first time. Over the years she has gone on to dominate the entehno and contemporary laiko scene in Greece.

To close the festival, Sifis Tsourdalakis, one of Melbourne’s most gifted Greek exports, will take to the main stage.

Zorba Til You Drop will also return for another year, as a test of endurance, with the chance to win a return flight to Greece.

The Magic Mic singing contest will also be on, giving amateur performers the chance to put their talents to the test by singing a song in Greek or by a Greek composer.

Meanwhile it wouldn’t be complete without plenty of food. There will be an array of Greek dishes to try, with over 20 food stalls and trucks, including The Cypriot Kitchen, St. Gerry’s, Ilias The Greek, Greek Trojan Yiros, Cypriot Street Grill, Salt n Pepa, Honey Dee Loukoumades and Kalloni Little Dessert Island. Local icons Stalactites, Tsindos and International Cakes will also extend their trading hours in the festival spirir and there will multiple bars set up.

New to the program is the Pass the Pastitsio cooking competition, with judges on the hunt for the best Greek baked pasta dish.

For the adventurous there will be the Antipodes Amazing Race, that will see six teams of two take on a series of festival-friendly challenges.

The Antipodes Festival is taking place from Saturday 29 February until Sunday 1 March. Attendance is free.