The Greek ‘Lord of the Rings’ arrived in Australia (VIDEO)

“It would mean a lot to me to have all Greek Australians support me,” said Olympic Champion Lefteris Petrounias 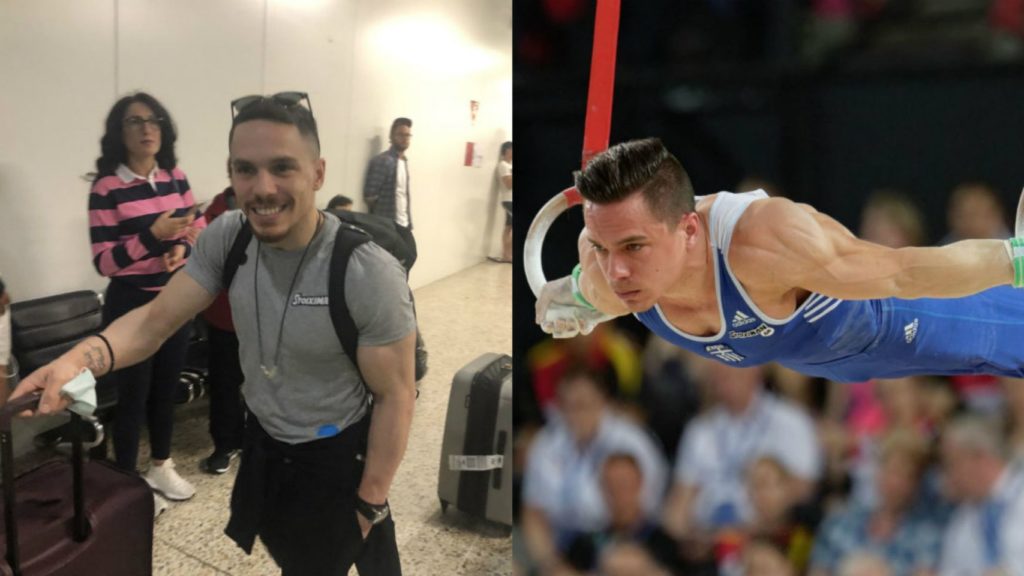 “It would mean a lot to me to have all Greek Australians support me.”

With these words, Greek Olympic Champion and multi-time world champion, Lefteris Petrounias, extended an open invitation to the entire community, via Neos Kosmos, to support him next week, at the World Cup Gymnastics 2020 event to be held in Melbourne’s world-famous sporting precinct, Melbourne Arena.

The Greek ‘Lord of the Rings’, who three months ago welcomed his first child with fellow gymnast Vassiliki Milliousi, arrived in Melbourne on Saturday night, and will be competing next Thursday afternoon in the rings apparatus.

If qualified, Petrounias will then compete in the finals on Saturday 22 February.

“It is so exciting to have my fellow Greeks, my own brothers welcome me on the other side of the world. I would love to see many of you come support me during the event here in Melbourne. I hope I can make you all proud down under”, said the 29-year-old athlete.

Who is Lefteris Petrounias
Petrounias grew up as a hyperactive child, and at the age of five, his mother enrolled him at the Panionios Gymnastics Club, providing an outlet to release his energy. At the age of 14, he took a three-year break from gymnastics due to physical and emotional fatigue.

Petrounias also has a degree in communications and marketing from the Athens University of Economics and Business. He takes part in anti-bullying campaigns, as he was bullied himself as a child due to his small size.

He was the first torch bearer for the Olympic Torch relay after the flame was ignited at Olympia on 21 April, 2016.

At the 2016 Summer Olympics in Rio de Janeiro, Petrounias qualified for the rings final in second place with a score of 15.833, eventually winning the gold medal with a score of 16.000, 0.234 points higher than the silver medal winner, Brazilian, Arthur Zanetti.

Good luck from us all Lefteris!
For tickets to watch Lefteris here in Melbourne visit https://gymnasticsworldcup.com.au/tickets.