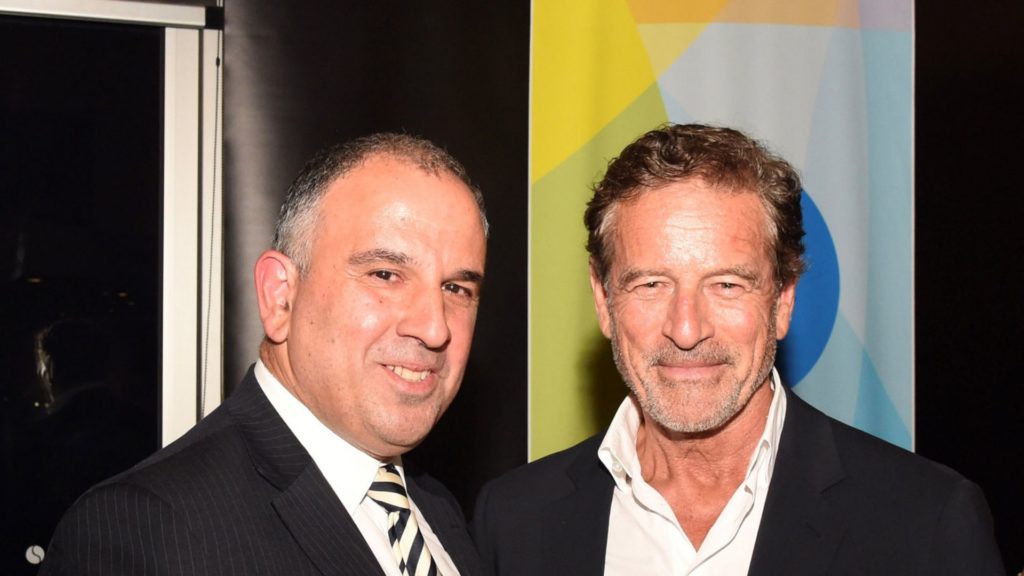 In front of a sold-out audience of 120, the Greek Community of Melbourne presented its second instalment of Hellenic discourse with Mark Bouris as the main speaker.

Following an introduction from Professor Marinis Pirpiris on the importance of continuing a dialogue with important people of Greek heritage, Mark Bouris settled into a one-hour conversation with the interviewer George Donikian.

Mark described how his father decided to make it on his own in Australia and not follow into the family restaurant business. His upbringing is one that saw him have a caring, but sporadic relationship with his father, who worked three jobs a day, six days a week.

No doubt, this work ethic rubbed off on Mark as when he was asked whether he wanted to retire, he responded “what would I do? Play golf with my mates. I want to continue working, not so much to make more money, but because I believe I still have something to contribute to society”.

READ MORE: The Apprentice’s wizard: Mark Bouris, the host of The Apprentice Australia, is focused on family, health and leading ‘the good life’.

Mark was clearly an excellent student winning a scholarship to university. He completed a commerce degree, followed by a Masters and a law degree.

Whilst working in a city firm, he began to understand how the money markets worked and developed a niche product which would catapult his career. He changed the course of financial markets in Australia.
His parents decided that their first-born son would go to university.

Equally even more fascinating was Marks relationship with Kerry Packer. He recounted with humour his enjoyable travels with him into the United States and the favourite destination of Kerry, Las Vegas.

Mark described Kerry Packer as a loyal and patient investor who played an important part in his early career.

Where Mark showed particular skill was during the 45-minute question session with the audience. Mark thoroughly enjoyed providing long answers to each question.

As one person remarked to Mark, “you explain complex economic matters in simple layman terms which allows all of us to have a better understanding of our economic lives”.

The president Bill Papastergiadis with the board provided a plaque to Mark to honour his contribution to the community.

Justice Kyrou, who was a guest, agreed whole heartedly.

Bill Papasteriadis asked Mark “What contribution if any, has your Hellenic background had on your life and career?”‘

Mark replied: “Everything. It shaped everything. My life up until I was 18 revolved around my Greek family with constant weddings, funerals, Easter and Christmas celebrations. As a young kid, I thought my grandmother’s backyard was the centre of the Universe”.

Bill Papasteriadis asked him about how he understood the Greek Community in Melbourne.

Mark replied, “I was asked to go to the dinner organised by US President Donald Trump for Australian Prime Minister Scott Morrison. I couldn’t make that dinner. However, I made this dinner, and I am here for the Greek community of Melbourne. This is one of the few occasions in my life that I am honoured by the Greek community, and only in Melbourne and (through) your organisation could this be achieved. Thanks so much for the plaque and tonight!”