Questions of humanity in Greece’s own refugee crisis 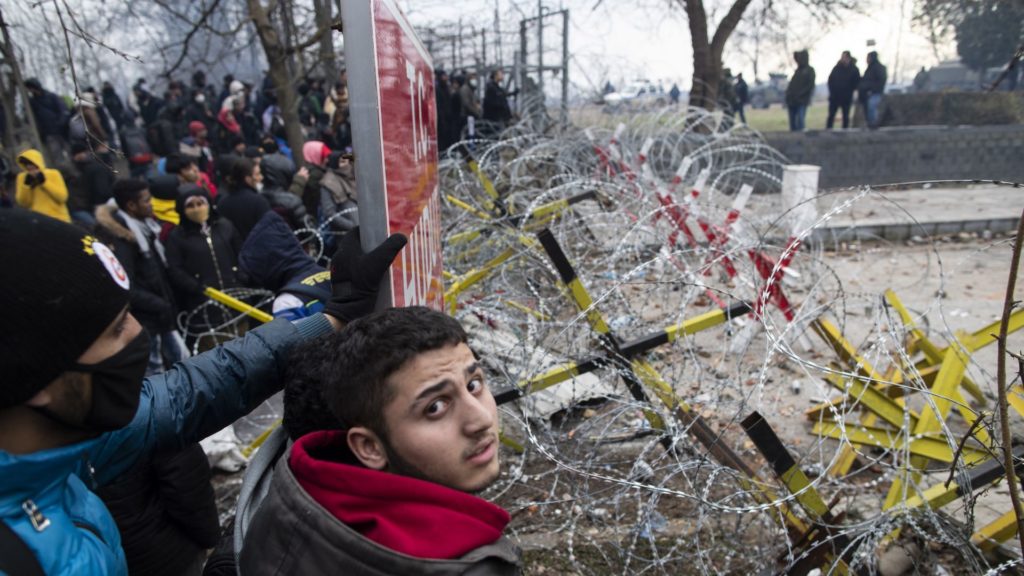 The reality of the situation in the Northern Aegean islands, for both the local population and for people seeking asylum, is dire.

It has been this way for years and the world, particularly the European Union, has turned a blind eye to the growing disillusion.

The powers that be have long overlooked the horrible conditions in the camps and the swelling number of people on the small islands, causing a melting pot of discontent.

The locals are vehemently against the building of detention centres proposed by the conservative New Democracy government in Greece. In response, Kyriakos Mitsotakis has increased the number of MAT riot police, resorted to violent measures such as the liberal use of heavy tear gas and water cannons to repel the protestors.

Reports and images are circulating of police brutality. Fires have been lit and parked cars broken into – by the police. It is excessive and undemocratic.

The objection to the detention centres, and the treatment they are receiving by the police, has untied locals from all sides of the political divide. They also agree on closing the Moria camp in Lesbos where refugees are imprisoned. It is widely considered to be amongst the most inhumane living conditions in Europe.

Moria is a camp designed to house 3000 people and now has a population of over 20,000. There is no stable electricity. It is a cesspool for disease and children are suffering from an outbreak in meningitis. The inhabitants are sleeping on the floor and in tents, through the freezing cold. Women giving birth are at risk, and newborns are in grave danger of not surviving. In the desperation, crime has increased, and assault and sexual violence is prevalent towards refugee women. The camp lacks any proper security.

According to the UNHCR, of the 20,000 refugees residing on Lesbos, women account for 24% and children 40% – 14% of which are unaccompanied. Children are constantly referred to psychologists, many having attempted suicide. They need space to recover from the traumas they experience at home, only to come to a new kind of hell in Greece.

The Greeks in Lesbos and Chios largely agree that people who fled war and poverty to seek safety in Europe are deserving of humanity. They want them to be processed in mainland Greece and then moved to their desired destination, but Mitsotakis has refused to budge on the EU-backed containment policy.

The local communities have turned their frustration towards the government. There is solidarity amongst many of the locals and the refugees on the islands, knowing the unfortunate situation is not the fault of the other.

Greece has suffered through its own crisis and its people should not bear the burden of this one. Where is the European Union? The EU was established to provide solidarity amongst European nations. The powerful northern nations have turned their backs on Greece. Greeks, particularly those in the North Aegean, feel they have been left to deal with the crisis themselves. The answer, they say, is not in Mitsotakis’ tough immigration laws.

The building of detention centres on Lesbos and Chios would risk the creation of Greece’s own version of offshore detention – our Manus Island and Nauru.

When the Howard government adopted hard-line politics to deter people seeking asylum to Australia, it played on fear and bigotry. We paid the governments of PNG and Nauru exorbitant amounts of taxpayer money to keep men, women and children imprisoned on the islands.

They slept in tents, lived behind bars and were attacked by the guards. Where young children forgot their names and referred to themselves by the prison number given to them. It is part of Australia’s national shame. Lesbos and Chios may soon become something similar for Greece.

Earlier this month, asylum seekers gathered in central Mytilene and chanted ‘people of Lesbos, we are sorry.’ They understand that their presence on the island is a strain on the local community. That the infrastructure was not built to support this many people. They want to be moved to mainland Greece and then further along, but they are not allowed.

Most locals don’t blame the refugees. The farmers, teachers, shopkeepers and priests, left to handle the humanitarian crisis on their own, understand people flee their homeland out of necessity. To survive. They are people, too, they say.