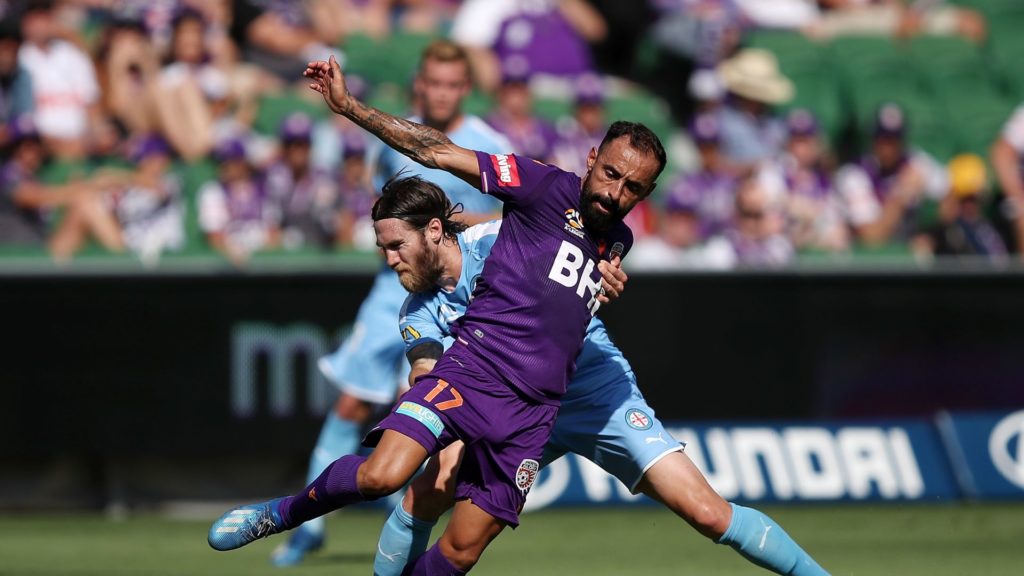 Phoenix replaced Perth Glory in the top three after the last round, whilst Brisbane Roar and Western United continued their upward climb at Adelaide United’s expense, moving into the top six.

Roar had a further chance to consolidate its place in Friday night’s Round 23 fixture at home to the struggling Central Coast Mariners. Western United has the bye this round.

Saturday’s matches kick off in Sydney with a grand final replay.

Glory coach Tony Popovic said after his team’s 2-3 home loss to Melbourne City last week that few people expect the Glory to get anything against the champions this week, but that the feeling in the Glory dressing room was that the team has the self-belief necessary to get something out of the game. Given that Sydney has won 12 of their last 13 meetings including 3-1 win when they last met at HBF stadium earlier this season, it’s no surprise the Sydney-siders go in as favourites. Glory will be hoping its talisman Diego Castro can score his first goal against Sydney FC.

Second placed Melbourne City will be loath to give up second spot against the 8th placed Wanderers after fighting off a late Glory revival last week in Perth to hang on to second spot. City have the edge over the Wanderers this season beating them twice, but that was before Jean Paul de Marigny took over as interim coach and the team’s results improved. They slipped up last week against Roar and will be keen to avoid another loss and risk falling further away from the top 6. They welcome key attacking players Bruce Kamau, Keanu Baccus and Kwame Yeboah back into the line- up for this game.

Third placed Phoenix which still has hopes of finishing in the top two, hosts a Victory side facing a make or break game, following their 4-1 defeat to Sydney FC last week. Victory has just one win from its last eight matches, and although Phoenix have had difficulty scoring against them in two low scoring draws this season, the floodgates could open in this match given Victory’s desperation for a win and the loss of defenders Tim Hoogland and Giancarlo Gallifuoco due to suspension.

Reds coach Verbeek conceded that the Reds’ 5-1 loss to Western United last week was the team’s worst performance all season. The only way it seems is up for a Reds team that has lost four of its last five games, sinking to seventh spot on the table. They host a 10th placed Jets revitalised by the recent additions of experienced and talented players in Wes Hoolahan, Joe Ledley and Bernie Ibini who join forces with Roy O’Donovan to provide further weapons in attack. For the Reds Ben Halloran returns from illness to boost their attack, but its defence needs shoring up having conceded 12 goals in the last three matches.
Prediction: Jets win