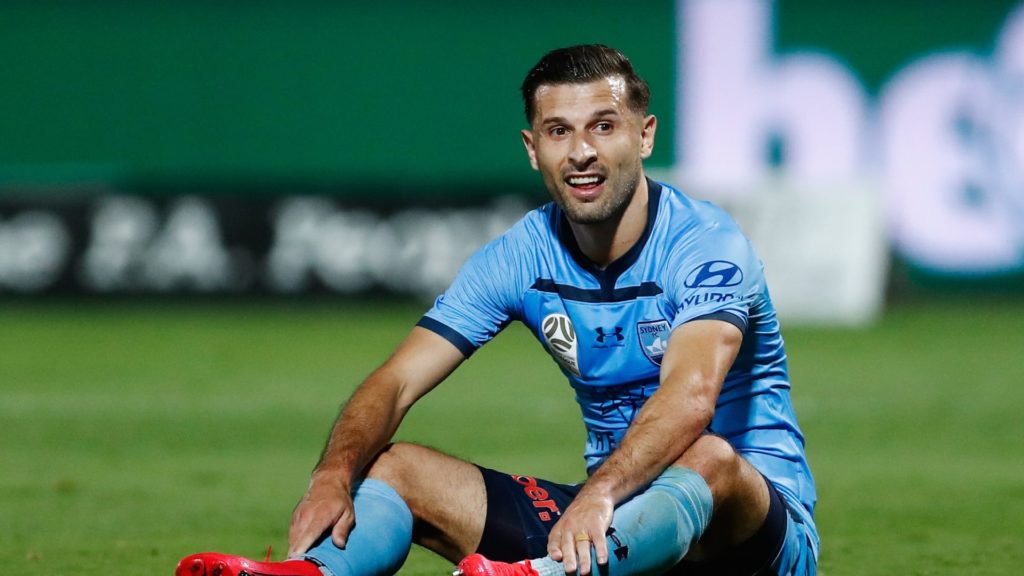 This weekend will see Round 24 of the A-League go ahead without spectators, and with some rearrangement of fixtures bringing matches from later rounds forward in the wake of the Melbourne Victory and Phoenix players going into a period of 14 days of self isolation.
It means that Melbourne City and Newcastle Jets who each play matches on Friday evening, will back up just three days later to play each other in a Monday night match.  The absence of spectators will make for an eerie atmosphere at Bankwest Stadium this weekend when Western Sydney Wanderers host Sydney FC in the traditional Sydney derby.

As well as the self -isolation of both Victory and Phoenix, the other news this week, is that Phoenix has now relocated to Australia where they will be required to replay their remaining matches of the season due to the travel restriction imposed by both nations in response to the Covid-19 epidemic.

The only movement on the ladder following last week’s Rd 23, was Brisbane Roar moving into the top four at the expense of Perth Glory which slipped to fifth, and the Newcastle Jets moving into 9th spot to replace Melbourne Victory which lies second from the bottom.

The remainder of the fixtures kick off with the Sydney derby.

Sydney FC are just eight points shy of securing their fourth minor premiership. Given the uncertainty surrounding the remainder of the season, they’ll probably want to achieve this sooner rather than later. They’ll be hoping for all three points against local rival the Wanderers for the first time this season having finished empty handed in their last two meetings this season which the Wanderers both won 1-0 thanks to Mitch Duke goals. Eighth placed Wanderers welcome back Bruce Kamau, Keanu Baccus, Kwame Yeboah, Patrick Ziegler and defender Daniel Georgievski who was suspended the last time these two met and will be determined to keep up their push for finals.
Prediction: Sydney FC win

The depth of both these sides will be tested as they back up from matches just three days prior to this Monday night fixture, rescheduled from round 26. The Jets recent run of six undefeated games prior to their two matches this weekend, have given them a slim, outside chance of making finals. They’ll need to keep picking up points in each of their games which won’t be easy against two top four opponents in Brisbane Roar (Friday) and Melbourne City. Wes Hoolahan, Joe Ledley and Bernie Ibini as well as the return of Abdiel Arroyo from injury have added depth and experience to Carl Robinson’s team.
Prediction: Draw

Visiting United are coming off the bye last round. They were struggling three rounds ago, but two strong wins back to back, have seen Mark Rudan’s team regain a top six spot. Glory has slipped from top three to fifth on the table on the back of a four match winless streak. The only previous meeting of these two teams was back in round 2 and it ended all square at 1-1 after young Glory sub Kristian Popovic netted a late equalizer. Two key players, Diego Castro for Perth, and Alessandro Diamanti for United, could have a big say in the outcome of this important match for both teams.
Prediction: Perth Glory win