New social-distancing rules for Australia as of today 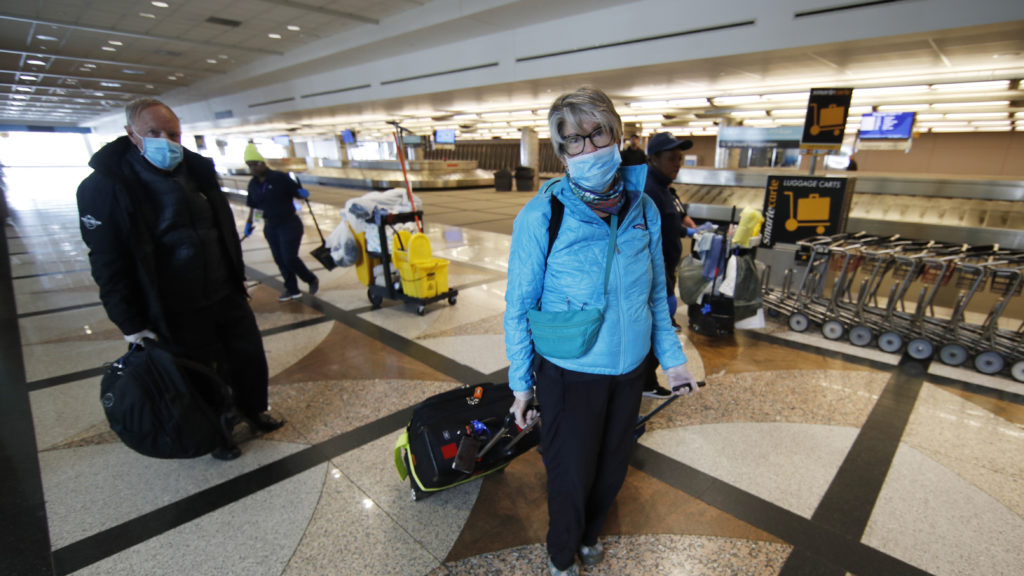 Just off a plane from Australia, a pair of travelers wear masks as they retrieve their baggage in Denver International Airport as people deal with the spread of the coronavirus yestrday, March 20, 2020, in Denver. Photo: AP/David Zalubowski

The Government has finally imposed stricter social distancing rules all Australians are urged to flatten the curve of the spread of coronavirus.

Prime Minister Scott Morrison announced yesterday a new series of regulations that will most likely stay put from the next six months to a year.

“Earlier, I announced the 100-person limit on non-essential indoor gatherings, and I went through the list of those things that were essential,” he said. “I won’t do that again today. It is the same list.”

“But what we are now moving to is an arrangement for gatherings of less than 100, is that there would be 4 square metres provided per person in an enclosed space, in a room. So that’s two metres by two metres.

What does this mean?

“Now, in addition to that, you should continue to practise wherever possible the 1 metre or 1.5 metres of healthy distance between each of us, to ensure that we are limiting the contact and limiting the potential for the spread of the virus.”

ALSO READ: Australia’s schools encouraged to stay open – but not everyone agrees

At this stage if an individual or business is looking at hosting or attending an event in an indoor space, the size of the space needs to be taken into consideration. According to the PM a 100 square metres space can only have 25 people in it. A 400 metres square, can have 100 people in it. The ban for non-essential indoor gatherings stays in place.

“There is no point having a gathering of 20 people if it’s in tiny room and you’re all together,” Dr Brendan Murphy added.

In terms of personal distancing everyone should still be trying to keep 1.5 metres away from people at all times, and avoiding any handshakes or physical contact with people outside immediate family.

Outdoor gatherings of 500 or more people are banned indefinitely.

PLACES WHERE RESTRICTIONS DO NOT APPLY:

Effective immediately, the new spacing limit rules do apply in the following:

Some venues, like restaurants, may have to look at delivery and takeaway to stay alive.

“Each business is different and each needs to look at the effect one person per four metres will have on their business,” Restaurant and Caterers Association chief executive Wes Lambert said.

“And they then have to make a decision about how viable it is to stay open and have bums on seats or change their offer. Even a restaurant with a small floor space can easily do takeaway meals, and just say to patrons that only eight to 10 people can wait inside at a time, depending on the size of the restaurant.”

“Our staff are like family in most of our businesses and it’s very difficult to see a situation where so many of them are affected so quickly,” Queensland Hotels Association chief executive Bernie Hogan said.

“Public health has to come number one and we are 100 per cent behind our Government trying to do the right thing by our citizens.

“We haven’t been able to plan for this and it’s very difficult for many people across the nation.”