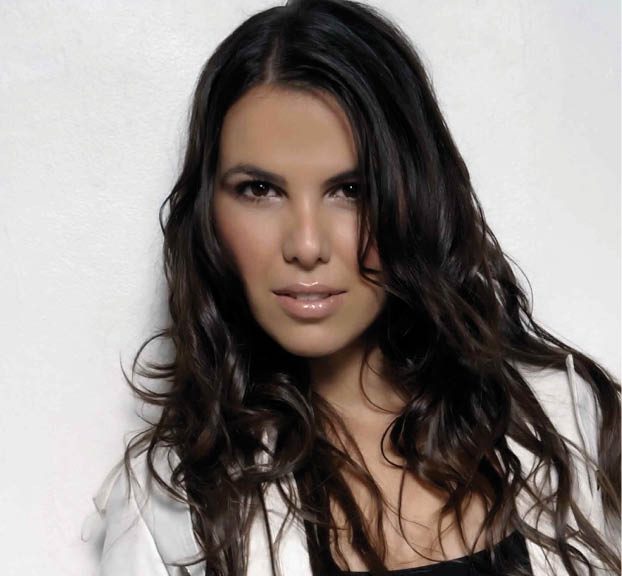 Singer / songwriter Dimitra was surrounded by music from an early age. Her Greek born parents had an avid interest in the arts with her father singing and bouzouki playing and her mother’s love of dance, it was written in the stars that Dimitra would follow suit.
From the age of 10, Dimitra started playing piano and although she remembers that at first she wasn’t very keen, she absolutely loved it after her lessons began. Her earliest memories are of being excited by the prospect of learning more and more about music, sounds and pitch. When school started, she took up the guitar, classical first then electric in high school. And at university, Dimitra continued her pursuit of the art of music by studying it full time at Adelaide University. And now, she is a regular artist performing on the scene, and also a teacher of music, inspiring the younger generation to take up the art form that has inspired her life.
“I am inspired by life in general,” explains Dimitra, “inspiration can come from anywhere if you look for it,” but adds what really inspires her is people who “dance to their own beat” and are true to themselves.
As a songwriter, Dimitra aims to inspire people with her words by writing “songs from the heart”.
“I write about my personal experiences and also observations of others and of life in general.
“Some of the messages in my songs come from a personal place but the messages they carry are universal. Sometimes I’ll come up with the melody first and then get my guitar out and add the music to it. Other times I’ll come up with the music first, but usually, the melody comes to me, followed by the lyrics, then I’ll add the chords to it.
“I won’t write songs that I think will sell; I write them in the hope they inspire other people,” Dimitra tells Neos Kosmos.
“My message is simple; I want to inspire people through the messages in my songs. There is an underlying message of hope, strength and positivity and empowerment in my songs.”
She described her music as emotive pop/rock and her influences are far and wide. From the early days of rock bands in high school, to her jazz training at university, in addition to her solo work, Dimitra has been able to create a unique sound all of her own: catchy melodies with an edgy hook. But her Greek background has also played a part in her music.
“I’m very proud to be a Greek Australian. My mother is from Sparta and my dad is from Tripoli. I love travelling to Greece, it’s such a beautiful country.”
Dimitra recalls writing music whilst sitting on a beach in Greece, and adds that in the future she wants to write and sing in Greek.
To say Dimitra’s life so far has been surrounded by music is an understatement. And to say that the rest of her life will be inundated with the sweet melodies she creates is a given.
“My passion is music and my purpose is to inspire people through the messages in my music; also to encourage people to live their passion, whatever that may be.”
Dimitra will play three shows as part of the Adelaide Fringe Festival on the 19, 28 February and 3 March at the Austral Hotel, 205 Rundle Street, Adelaide. For more information visit www.DimitraMusic.com