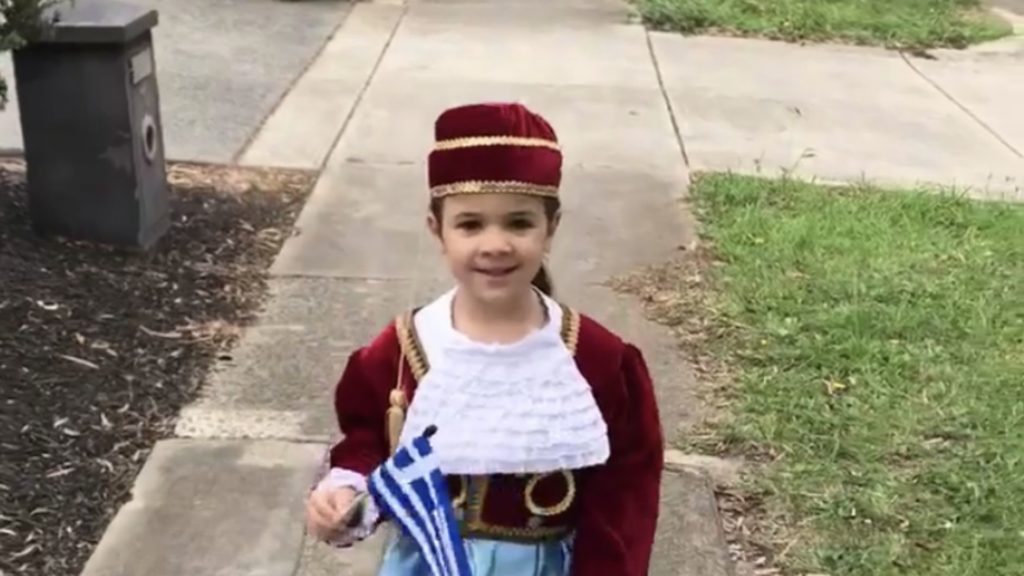 Little Stefi Triandafyllou could not attend the grand parade that takes place every year in Greece and around the world.

Coronavirus may have stopped such gatherings from taking place, but little Vicky did not let that dampen her patriotism.

Determined to commemorate the 25 March anniversary of the Greek War of Independence, she put on her Greek traditional costume and created her own parade up and down the street in front of her home. In this way, she showed her love for Greece.

She finished her parade with the words: “Long Live Greece!”

Did you do something special to commemorate the Greek national day? Send photos and videos to editor@neoskosmos.com.au