Manolis Glezos, a hero of the Greek resistance passes away 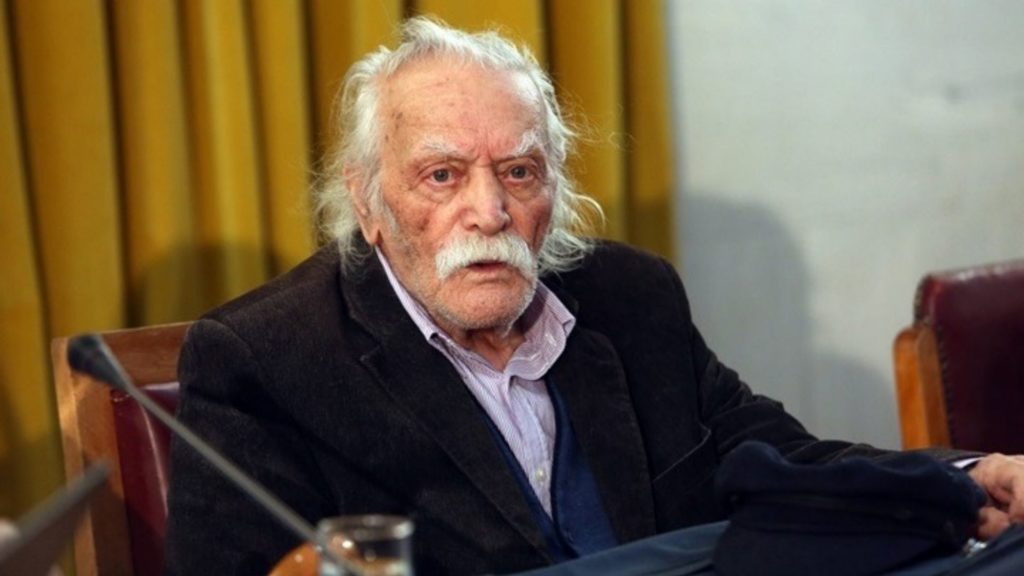 Manolis Glezos, left-wing politician and resistance fighter during WWII, died from heart failure at the age of 98 in Athens on Monday.

While he is most known for hoisting the Greek flag at the Acropolis while the country was under German Occupation, Mr Glezos had a long history in the resistance movement and took part in the struggle for Greek freedom.

Mr Glezos was born in the village of Apiranthos, Naxos in 1935, and he participated in the creation of an anti-fascist youth movement against the Italian occupation of the Dodecanese and the dictatorship of Ioannis Metaxas in 1939. He was admitted to the Higher School of Economic and Commercial Studies (know known as the Athens University of Economics and Business) in 1940, and served as a volunteer for the Hellenic Ministry of Economics after being rejected to serve the Greek army in the Albanian front against Italy because he did not meet the age requirements. During the Axis occupation of Greece he worked for the Hellenic Red Cross and continued to work for the resistance movement.

According to the popular tradition, when Konstantinos Koukidis was ordered to lower the Greek flag from the Acropolis on 27 April 1941 so that the Nazi swastika flag could be placed in its place. On 30 May 1941, Glezos and Apostolos Santas climbed on the Acropolis and tore down the swastika. The Nazi forces tried the perpetrators in absentia but did not learn who they were until much later. This act of symbolism inspired Greeks to resist.

Glezos was arrested by German forces on 24 March 1942 and was imprisoned and tortured. He was arrested again on 21 April 1943 by Italian forces and spent three months in jail.

Following WWII, Mr Glezos was put on trial on 3 March 1948 for his political convictions and was sentenced to death, however the multiple death sentences were reduced to a life sentence in 1950. While in prison, Mr Glezos was elected to serve as a member of Greek Parliament in 1951 as a representative of the Untied Democratic Left (EDA). Following his election, he went on a hunger strike demanding the release of his fellow EDA MPs that were either imprisoned or exiled on Greek islands. He ended his strike upon the release of seven MPs and was released for prison on 16 July 1954.

Arrested again on 5 December 1958 for espionage, the Soviet Union reacted to this by circulating a postage stamp with his face on it. In response, the Greek government circulated a postage stamp of Imre Nagy. Mr Glezos was finally released on 15 December 1962 after winning the Lenin Peace Prize and due to a public outcry. He was reelected MP with EDA in 1961 and was arrested again on 21 April 1967 as the military dictatorship of George Papadopoulos came into power. He was imprisoned and exiled until his release in 1971. Manolis Glezos’ sentences, from the Second World War to the Greek Civil War and the Regime of the Colonels totals to 11 years and 4 months of imprisonment, and 4 years and 6 months of exile.

With the restoration of democracy in Greece, Mr Glezos had a long political career as a left-wing politician. He also wrote many publications and was the editor of left-wing newspapers Rizospastis and Avgi in the 1950s and was awarded the International Award for Journalism in 1958.

More recently, he served with Synaspismos (Coalition) in 2000, and formed the Active Citizens group in 2002. He continued to protests in rallies during the years of Greece’s economic crisis and was elected as an MP of the Coalitoin of the Radical Left (SYRIZA) party in June 2012. He was voted in as the party’s candidate in European Parliament in the elections of 25 May 2014 with over 430,000 votes, more than any candidate in Greece and became the oldest person ever elected into the EP.

Upon news of his death, main opposition Radical Coalition of the Left (SYRIZA) leader Alexis Tsipras said, “He will remain for all eternity the symbol of a fighter who knew how to sacrifice himself for people.”