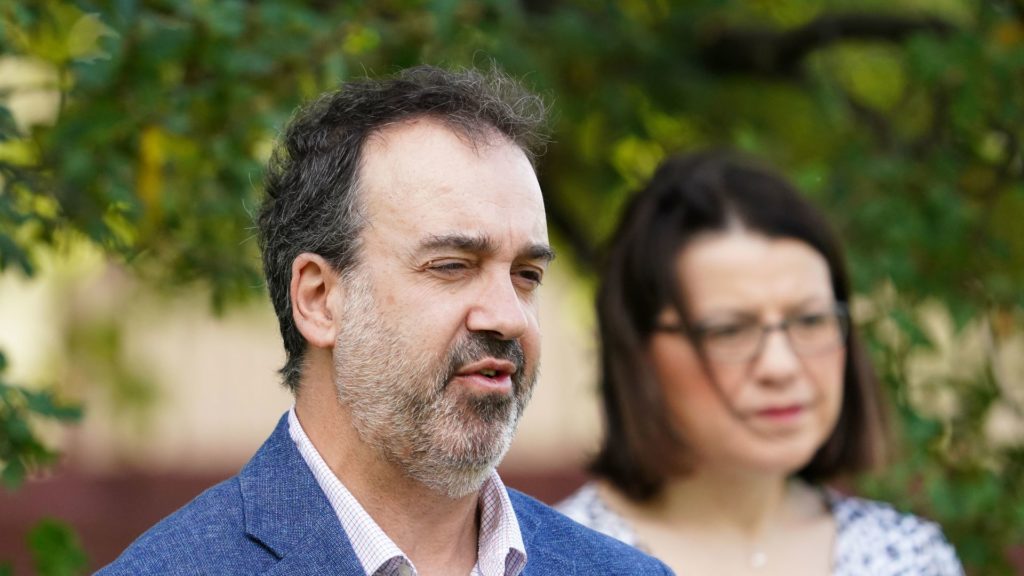 The Victorian Minister for Jobs, Innovation and Trade, Martin Pakula, with Minister for Health Jenny Mikakos in the background, speaks to the press a few weeks ago. Mr Pakula is also the Minister for the Coordination of Jobs, Precincts and Regions Covid-19. Photo: Scott Barbour/AAP

Thousands of international students in need have already signed on to a relief fund that was announced  by the Victorian government on Wednesday, 29 April.

A state government spokesman said today (30 April) that thousands of international students had signed on to be beneficiaries of the $45 million International Student Emergency Relief Fund which included a once-off relief payment of up to $1,100.

In announcing the establishment of the fund, the Victorian Minister for Jobs, Innovation and Trade, Martin Pakula, said the it would ensure that international students could “buy the basics and get through to the other side of the crisis.”

Mr Pakula said in a statement that the fund would provide the one-off payment to students in need while it would expand emergency provisions for those experiencing “exceptional circumstances”.

“Up to 40,000 international students enrolled at Victorian universities, TAFEs, private vocational education and training providers and English language colleges who have lost wages and work due to the coronavirus pandemic could benefit from the relief payment, which covers demonstrated lost income up to $1,100.

“The payments, which will require co-contributions from university hardship funds, build on existing Victorian Government support provided to international students through the Study Melbourne Student Centre such as free legal aid and mental health services,” said Mr Pakula, who is also Minister for Coordination of Jobs, Precincts and Regions – COVID-19.

Many of the students have been affected by the job losses experienced in the retail and hospitality industries as a result of the measures adopted to counter the spread of the Covid-19 virus.

“Many have also fallen through the cracks of Federal Government programs – unable to access the support they need to support themselves,” said the minister.

There were more than 150,000 international students living in Victoria and they were also eligible for the state government’s rent-relief programme which included subsidies of up $2,000 and those who were legally allowed to work in the state could also benefit from the Working for Victoria scheme that helps those who have lost jobs find new employment.

“International students are a vital part of our education system, our economy and our community. They give so much to Victoria – not just through the fees they pay, but also through the economic activity they generate for our businesses, and the contribution they make to our vibrant, inclusive society,” said Mr Pakula.

Last year international students generated $12.6 billion of revenue and this supported 79,000 jobs in the state. Most students in Victoria came from China, India, Nepal, Malaysia and Vietnam.

“International students give so much to Victoria – it’s only fair we support them in their hour of need,” said Mr Pakula.

“This virus doesn’t discriminate and neither do we – we are in this together and we will get through it together.”

♦  For more information about the relief fund and other dedicated support, go to studymelbourne.vic.gov.au.