Map shows how different postcodes are affected by COVID-19: Do you live in a ‘red zone’? 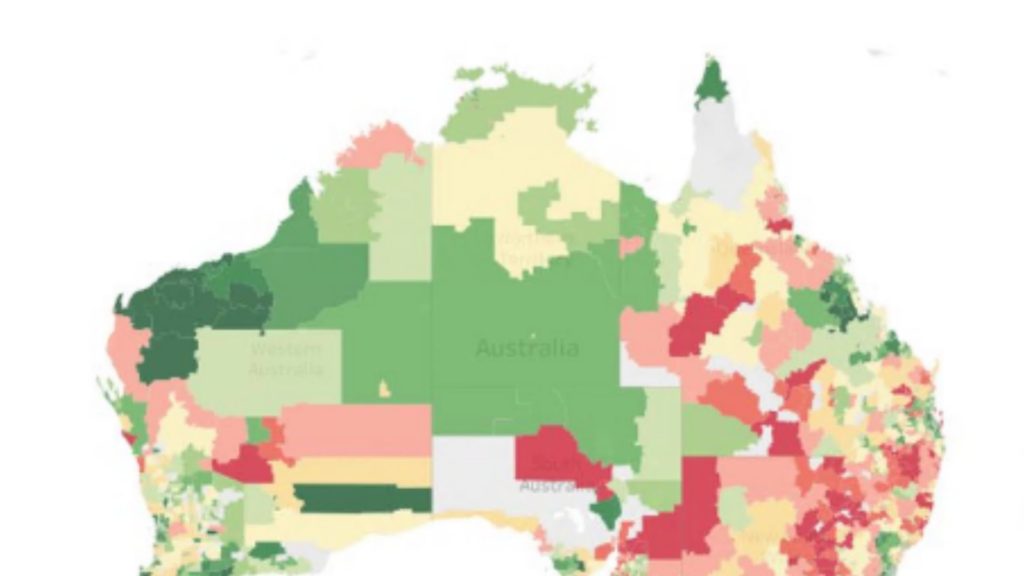 University researchers have created a map to show the regions most vulnerable to coronavirus outbreaks, and the areas of Kempsey in NSW and Capel Sound in Victoria were found to be among the most vulnerable.

Consulting firm Finity and UNSW researchers rated every postcode in the nation and based the risks on conditions such as cancer, diabetes, obesity and heart and lung disease.

Each suburb received a score from one to 100 with the most susceptible areas having the higher scores. The algorithm showed the ‘red zones’ where people are most at risk. Kempsey had a score of 98 due to its higher cardiovascular disease rates which make it very vulnerable. Other vulnerable zones were found to be Blackheath and Mount Victoria, Woy Woy, Blue Haven and Lake Haven in NSW, whereas hot spots in Greater Melbourne were identified as Capel Sound, Rosebud and Sorrento on the Mornington Peninsula, Portsea in south-east Melbourne.

The impact of COVID-19 was not evenly felt across the country with a divide across rural and city regions. Initially, the most vulnerable segments of the population were in city areas due to their close proximity to airports and cruise ships, however the second wave is more prominent in rural areas.

Marrickville, a suburb with a Greek identity, had a risk score of 25 with only one case having been detected in the last 28 days and a total of 10 COVID-19 cases.