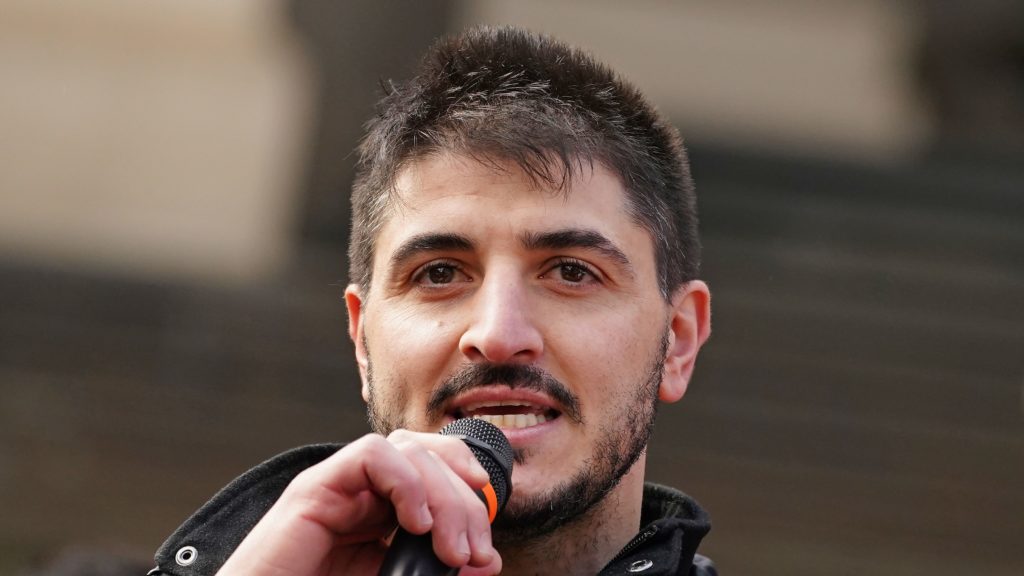 Fanos Panayides has denied reports that he was an organiser of a protest held on the steps of the Victoria State Parliament on 10 May which resulted in several arrests and injuries to three police officers reported to be one of the organisers of a protest.

Mr Panayides, told Neos Kosmos on Thursday that he was not, as was earlier reported in the media, one of the organisers of the event but that he had learnt that it would take place some days before through a social media platform.

“A lot of people are concerned about what is going on (regarding COVID-19). Something is not right. I did not know half of the people that were there .I was not carrying any slogans or banners nor was I wearing any clothing with slogans,” said Mr Panyides.

“I did not know who would speak or what about. People wanted me to speak and I put a lot on the line to speak out.”

Mr Panayides said he spoke of what he felt were inconsistencies relating to the outbreak of the COVID-19 Virus and the health implications of implementing 5G technology.

“I also spoke about the tough job the police were facing and that it was not easy for them and I called for calm.”

Mr Panayides said he was charged on a summary offence for which he will have to pay a fine.

READ MORE: Protest against COVID-19 measures leads to arrest of Fanos Panayides and others

Mr Panayides had said on his Facebook page that the event had been peaceful until “they grabbed one of the guys who was speaking and slammed his head on the ground.”

He went to say that the media present at the protest had misrepresented what had taken place. He added that he had received many messages of support on social media.

The gathering of the people was deemed by police to be a contravention of regulations against large gatherings put in place to prevent the spread of the COVID-19 virus.

Victoria Police said in a statement that: “At the protest on Spring Street on Sunday (10 May), police arrested 10 people, including two organisers of the event. OC spray was deployed during an arrest of one individual.

“The majority of those arrested were for failing to comply with the Chief Health Officer’s directions. Three of the offenders will also be charged with assaulting a police officer, and another offender will be charged with discharging a missile after allegedly throwing a bottle at police.

The police said in its statement that: “When attending the protest, the priority for police was to quickly arrest those individuals who were acting unlawfully and inciting others to breach the Chief Health Officer’s directions.

“Once police made arrests, the crowd started to disperse.

The statement said that the police would be investigating the events leading to the protest. “Once individuals are identified, we will be issuing them with fines and will consider any other enforcement options,” said the police statement.

According to the ABC News website, one of those arrested was later released and he said that he would be receiving a $1,652 fine for contravening regulations on physical distancing.

It reported that some protesters shouted messages against lockdown, some carried signs that said “fight for your freedom and rights.” Others spoke against vaccinations and 5G mobile networks.

7 News reported that Victoria Health Minister Jenny Mikakos was asked to “address 300 protesters as part of the daily Covid-19 update she gives.

The news organisation reported the minister as saying that: “those individuals who are protesting today are at breach of the stay at home directive. … I think it’s incredibly disappointing that we’ve got people protesting against vaccines, for example.

“I know that the whole of Australia, the whole world, is waiting with great anticipation (for) a potential vaccine being developed for coronavirus,” the minister was reported as saying.