Four treasure-hunters found dead in a cave near Loutraki 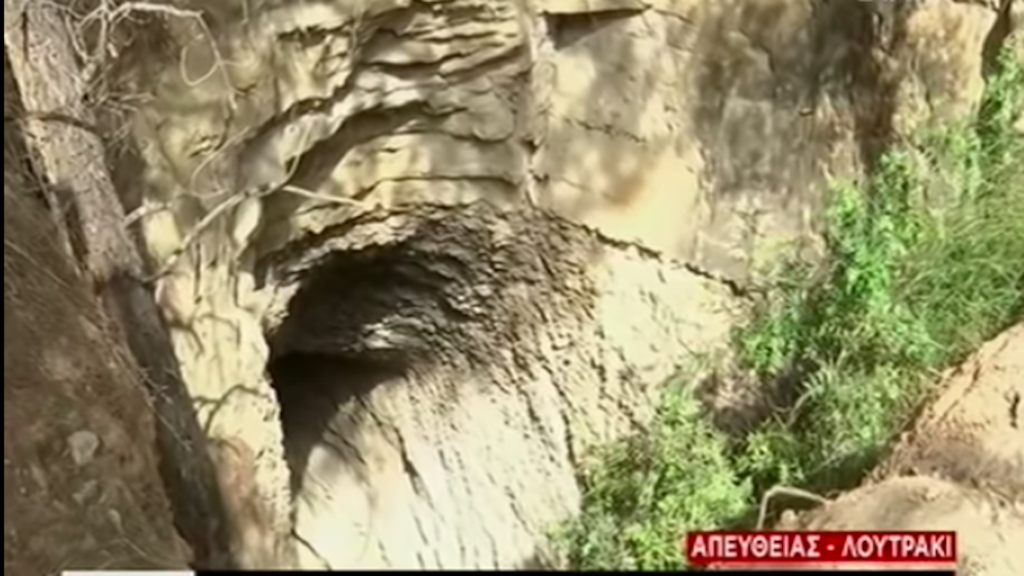 EMAK men going into the cave to retrieve the bodies. Screenshot from SKAI TV

Four people aged 34-65 were found dead in the seaside resort of Loutraki in the Peloponnese on Saturday.

According to authorities and the Mayor of Loutraki Giorgos Gionis the men entered the infamous cave in the area of Ano Karbounari in search of hidden loot.

Also read: Hospitality venues in Greece set to reopen on 25 May

It took a team of 21 Special Disaster Management Unit (EMAK) men with five engines dispatched to the scene to retrieve the bodies following a call from the wife of one of the four men after they failed to return home.

The woman is believed to have driven them there and left.

Local website Loutraki365 confirmed that the rescue unit found a power generator and an explosive mechanism inside the cave.

The bodies were carried to the Corinth Hospital and the cause of death is speculated to be asphyxiation from the fumes of the machine.

It is not the first time locals and treasure-hunters have gone into the cave in search of gold coins as the site is believed to be a former German World War II shelter; a rumour that has been going on for decades.

Watch the operation to retrieve the bodies via SKAI and Ηλέκτρα TV: