Encomium to Trebizond – historical exploration of the Pontian identity 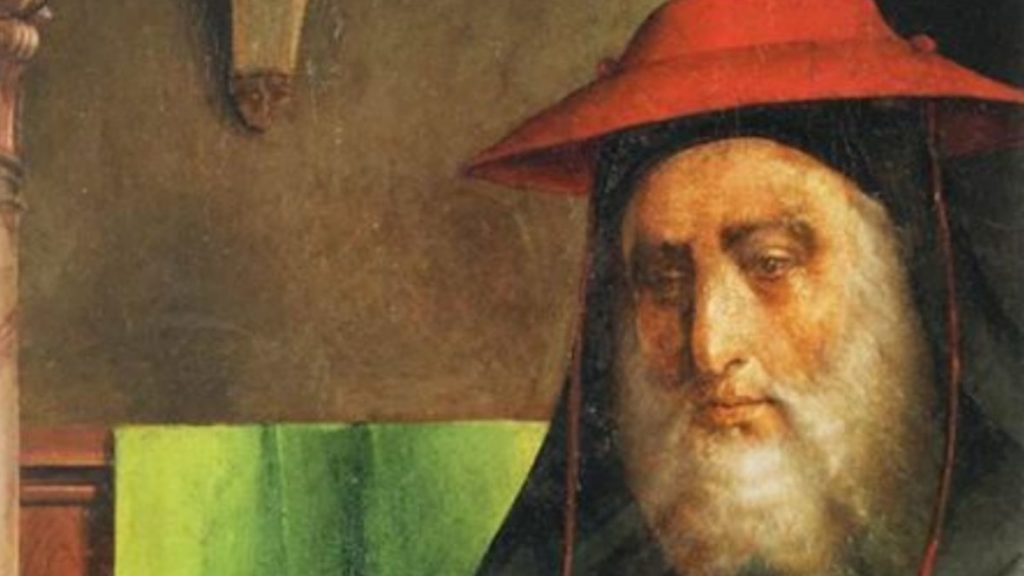 Jibes about Pontian magnate Ivan Savvidis’ Russian provenance by modern Greeks raises even the most sceptical Pontian’s ire. Since their arrival in Greece in the aftermath of the Genocide, Pontic Greeks have justifiably been sensitive to mainland Greeks calling their Hellenicity into question. Yet this phenomenon, appears to predate Ottoman subjugation and finds its roots in late Byzantine times, where a fragmented Greek world, struggling for survival and the maintenance of a cohesive narrative, sought to define itself according to its ethnic characteristics, in the process defying stereotypes as to what actually comprises a Greek.

Inhabiting the furthest reaches of that world, in the region known to Greeks as Pontus, was the Empire of Trebizond, a state ruled by the Komnenos family ever since the capture of Constantinople in 1204. Unlike much of mainland Greece, the Empire of Trebizond, ruled from the city of Trapezounta, was a multi-lingual, polyethnic polity, with extensive cultural ties to Armenia, Georgia and the East. At a time when the Greek world was asserting a Greek identity through intellectuals such as George Gemistos Plethon, who in the Byzantine stronghold of Mystra, advocated the creation of a pagan state according to Plato’s Republic, Trebizond, concerned primarily with defending itself from onslaughts from the East, was an eastern Mediterranean state, incomprehensible without an understanding of the culture and language of the peoples that lived within it, and around it. It is this perceived polarity between the Hellenic (supposedly pure) and the Hellenistic, that gave rise to a remarkable intertextual discussion between the aforementioned Plethon and his student, Basilios Bessarion, one of the most famous Pontic Greeks in history, who would go on to become a celebrated cardinal and disseminator of Greek letters in the West. In his “Encomium to Trebizond”, a work penned by Bessarion in praise of his home city, in the manner and style of the classical panegyrists, Bessarion refutes Plethon’s contentions in speeches he had made to the rulers of Byzantine Mystra, and asserts the Hellenic nature of his beloved homeland. All the while, we gaze in awe as we see how Hellenism is constructed and negotiated.

Bessarion’s Encomium to Trebizond appears to have been written during the reign some time during the reign of the ruler Alexios IV Grand Comnenos (1417–1429) at a time when Bessarion, a noted scholar, classicist and diplomat was working for the Trapezuntine emperors. Written in archaizing, erudite and often obscure Greek, it appear to be a direct response to two speeches made by George Gemistos Plethon to Theodore and Emmanuel Palaiologos, the despots of Mystra, outlining his political views and proposals for a future state.

Plethon’s views are arresting, in that they appear to prefigure some of the prejudices of the modern Greeks. He begins his speech for example, claiming that the Peloponnese is the true homeland of the Greeks, thus excluding inhabitants of the broader Greek world from his narrow definition of Hellenism:

“We, those who you lead and rule, we are Greeks by race as both our speech and traditional education testifies. It is not possible to find a land more appropriate and suited to Greeks than the Peloponnese, the land bordering Europe and its outlying islands. It seems that the Greeks have always inhabited this area as far as men remember.”

Plethon lived near Sparta and consciously used ancient Sparta as the model for his ideal state. Taking the polar opposite, Bessarion, asserts Trebizond’s Ionian (and by inference Athenian origin), referring to his city’s foundation as a colony of Miletus in the 6th century BC:

“If one has to say the oldest things first, this city boasts an Athenian origin for its people and Athens as its founder, the tutor of the Greeks and mother of culture, the teacher of this most beautiful language. The people of Sinope colonised Trebizond. Sinope had been colonised, under the aegis of Athens, by Miletus, the most powerful city of Asia, the pride of the Ionians. Miletus used to lead this maritime Greece, not only because it was once powerful, as is known, but one may add, with such grandeur.”

Bessarion for all his affectations at erudition, is being cheeky. He knows full well that Mystra, Plethon’s town, had been established by the Latin crusaders in the thirteenth century, and was a parvenu, in respect of its questionable Hellenic credentials. This is a calculated jibe to raise Plethon’s ire. Having fired his first broadshot across Plethon’s bows, Bessarion spends a great deal of time discussing the history of Miletus and Sinope, driving home the Greekness of the origins of Trebizond. Having completed this task, Bessarion proceeds, without directly referring to Plethon, to deconstruct his arguments. Where Plethon excoriates trade and commerce, and celebrates agriculture. Bessarion extols the advantages of trade, exchange and the sea:

“By itself our city is no less robust than any other in terms of what it produces and grows, but by accepting their products it has become the world’s common storehouse and workshop, a sea of bounties, as they say… Even the name of the Black Sea [Euxeinos Pontos] attests to its great benevolence and accessibility and in a word, highlights everything that is good about it. The mere mention of its name is enough to impart courage.”

READ MORE: Buildings honour the Pontians and remember the Genocide Bessarion goes on, in his quest to establish his city’s Hellenic nature, to subvert Plethon’s love of Plato, claiming that Trebizond’s composite and complex economy, rather than departing from, actually conforms to the Platonic ideal:

“The cities mostly or entirely satisfied with nothing more than land alone and goods from there, soon have less than most, since they are deprived of the goods from the sea. Even Plato praises and admires the ambidextrous and praises the one who is naturally so. He suggests that those who are not so by nature should practice in order to better be able to use one and both hands completely. Surely, and this is our case, would we not admire, cherish and truly consider them happy those who hold the entire sea and the land as one hand and one limb of the body rather than someone who would mostly use one part of the world?”

Rather than feel self-conscious in the face of Plethon’s conception of the Greeks as a people who isolate their ontology from others and shy away from cultural intercourse in order to maintain their purity, Bessarion in his Encomium, celebrates multiculturalism, articulating an alternate form of Hellenism, syncretic and accessible to all:

“We intermingle with all foreign peoples, we interact with all races. There are no cities or minds of men about which we do not know… We become wiser and better than them because we collect what is best from everywhere, selecting what is useful and trading in every kind of knowledge.”

Both Plethon and Bessarion, in articulating their version of the Hellenic discourse, are reacting to the looming existential crisis affecting the narrative: the unstoppable incursion of the Turks into the Empire. Plethon believed the only way to arrest his world’s inevitable fall was to revert to the martial valour, austerity and ideology of the ancient Spartans. Bessarion on the other hand in his Encomium, maintains that the Trapezuntines, by nature of their geography, trade, alliances, good governance and history are best suited to withstand the Turkish onslaught, for they have successfully fought to preserve their freedom since the city’s foundation, this being the essence of being Greek:

“Consequently, it was Greek people, who spoke the Greek language and tongue, honoured freedom and strove for equality, who lived their all on their own, in the midst of the barbarians who encircled them in large numbers….Our ancestors… demonstrated immediately that they were Greeks, a race which obeys no master, is no one’s slave and is alone free in mind and in body…they yielded nothing in terms of pride, dignity, and nobility of spirit and did not do anything unworthy of their ancestry ad reputation as Greeks.”

Plethon’s appeal to the Peloponnese’s antiquity did not assist the Byzantines to resist the Ottomans. Advising his student Constantine, who went on to become the last Emperor to fortify the peninsula at the Isthmus of Cornith by means of the Hexamilion Wall, he lived to see that Wall blasted by Sultan Murad’s artillery. Surviving the Fall of Constantinople for a year, he died before his homeland of Mystra was conquered by the Ottomans in 1461.

Bessarion caught up with Plethon at the Council of Florence, convened to bring about Union between the Orthodox and Catholic churches in the late 1430s. Faithful to his conviction of survival being maintained as a result of alliances, commerce and social equality, Bessarion supported the Union for pragmatic reasons and was appointed a cardinal by the Pope. He remained in Italy, setting up an academy to teach Greek philosophy and humanities that was instrumental in disseminating ancient Greek literature in the West and at one stage, was also considered a candidate for the Papacy. Trebizond, the city he so loved, and whose existence he saw as the epitome of Hellenism and survival, was unable to resist Ottoman subjugation, falling in the same year as Mystra, 1461, signifying a draw between master and student. The debate between alternate versions of Hellenism and the course its narrative should take however, continues within the Greek discourse, unabated.