Interesting facts from the Battle of Crete: 20 May to 31 May 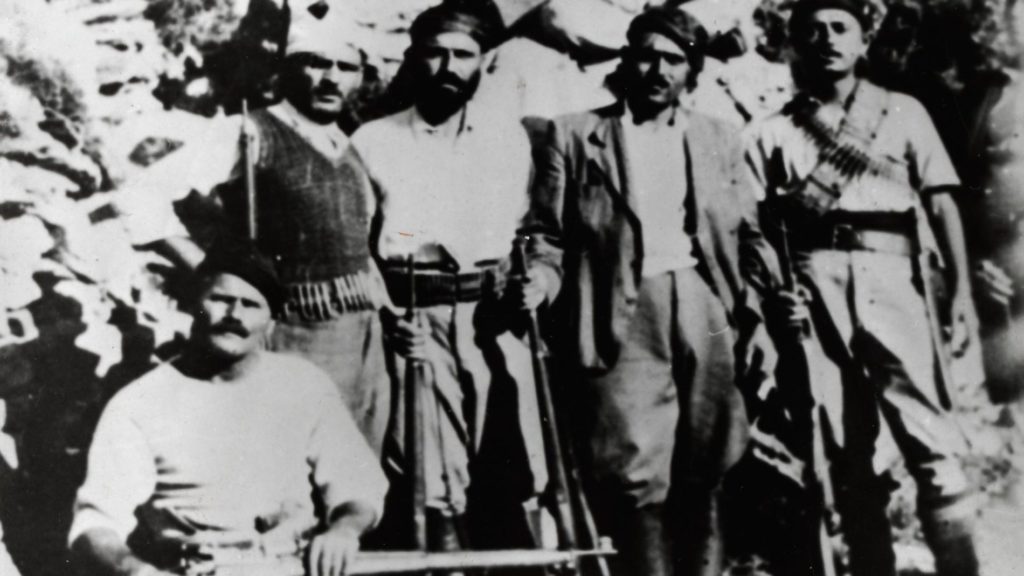 Cretan civillians played a crucial role in the Battle for Crete accounting for a third of German casualties. Photo: Argus Newspaper Collection of Photographs/State Library of Victoria.

1. Importance in history
The historians’ jury is still out as to whether the diversion of German troops to the Battles of Greece and Crete ultimately doomed the invasion of the USSR because it postponed the invasion long enough to expose unprepared German troops to the worst Russian winter in years. The fact is Hitler himself blamed the Greek and Cretan invasion for his ultimate failure against the Soviet forces.

2. Fallschirmjager
The German army had successfully used paratroopers (Fallschirmjäger) in smaller operations in the German sweep through Norway and Western Europe. They were also used in Greece to take the bridge across the Corinth Canal. While the Fallschirmjäger achieved their objective, the retreating allied forces were able to damage the bridge enough to slow the German advance into the Peloponnese. This bought enough time to evacuate 18,000 British, Anzac and Greek troops to Crete and 23,000 to Egypt.

Crete was the last allied stronghold left in Europe. Hitler wanted the island, against the advice of his generals. Crete was within bomber range of key Axis targets, especially the Rumanian oilfields at Ploietsi that were crucial to supplying the German war machine. Winston Churchill, against the wishes of his commanders, wanted to make a stand in Crete rather than evacuate all forces to North Africa to face German General Erwin Rommel and his Afrika Korps which had landed in February.

4. Tactics
The Germans controlled the air over Crete, the British had withdrawn the eight fighters that remained on the island to save them for their North African campaign. The Royal Navy controlled the sea and, as a result, a full scale seaborne invasion would be too risky. So the Germans had to go for the unconventional option of an airborne invasion of the island. The German air force (Luftwaffe) had just conceded defeat in the Battle of Britain when it led the last big raid on London on 10 May and it needed a successful campaign elsewhere to save face. Crete offered that opportunity.

5. Naval battle
To counter the threat posed by the Royal Navy defending the waters of Crete, the Italians committed 11 submarines. By the end of the Battle of Crete, the Royal Navy strength in the Eastern Mediterranean was reduced to two battleships and three cruisers.

6. German strength
For the invasion of Crete, the Luftwaffe used 280 long range bombers, 150 dive bombers, 180 fighters and fighter bombers, 40 reconnaissance aircraft. Not to mention 530 transport aircraft to carry the paratroopers and tow 100 gliders. The Germans committed 22,000 highly trained paratroopers to the invasion.

7. Hitler’s directive
Hitler signed Directive 28 authorising Operation Merkur (Mercury) for the invasion of Crete on 25 April. The British were first made aware of the plans to invade Crete on 26 April after they intercepted and decoded a Luftwaffe message. That the invasion would come by the air was confirmed when the Luftwaffe stopped bombing island airfields after 1 May.

8. Intelligence errors
German military intelligence organisation, the Abwehr made dazzling mistakes. It thought there were would be only 5,000 British troops on the island and no Greek forces. The reality was very different: There were 10,200 Greeks, 15, 000 Britons, 7,750 New Zealanders, 6,500 Australians ranged against the Germans.
In fact New Zealand’s Brigadier-General Bernard Freyberg VC sought the evacuation to Egypt of 10,000 unwanted personnel who had “little or no employment other than getting into trouble with the civil population.”

9. Cretan civilian role
The Abewehr also thought that the Cretans would welcome the Germans as liberators. In all, the Germans lost 7,000 men, over a third of their force. Cretan civilians were to account for a third of those killed.
A German commission to establish crimes against German paratroopers soon after the Battle of Crete found that: “The civilian population, including youngsters about ten years old, fired with all sorts of weapons, also with dumdum and hunting ammunition. Bush and tree snipers were repeatedly observed…”
In his document entitled Civilian Resistance in Crete: 20 May 1941 – 15 May 1945 Major George L. Soubassis, of the United States Army Reserve found that the German forces had completely underestimated the Cretan civilian population. The islanders were the first civilian population to offer resistance to the German war machine and maintained that resistance for four years. Over 20,000 civilians were to die by 1945.

10. Greek forces
The Greek army forces on the island were poorly armed with weapons dating to the First World War or were even older. Many of those who did have weapons had less than 30 rounds of ammunition. Most were sent to the Eastern part of the island where the German attack was expected to be at its weakest.
A Greek unit (of the 8th Greek Regiment) attached to a New Zealand infantry brigade were dismissed by the Kiwi brigadier as “…nothing more than malaria-ridden little chaps…with only four weeks of service.”
These same Greek troops and civilian volunteers repulsed German attacks until they ran out of ammunition and then charged with fixed bayonets, overran the enemy positions and took their weapons and ammunition. Two German paratroop battalions had to be called on to reinforce their compatriots.
The 8th Greek Regiment held on until 27 May delaying by 24 hours a German advance that was supported by aircraft. Their stand helped to protect the evacuation of Commonwealth forces from Sfakia.

Although the German operation in Crete had been a success it really was a Phyrric victory. The loss of one third of a highly trained corps was too high and Hitler was never to use airborne forces on such a scale again. The paratroopers in the Cretan campaign were converted to conventional infantrymen in the Russian campaign. German paratroopers were used to spectacular effect in the 12 September mission to rescue Benito Mussolini from a mountain top fortress.

12. Freedom loving
Speaking to a BBC website, Eleftheria Rallis recalled that she was just 17 when the Germans came to her coastal village of Perivoulia. She he took her younger step sister and step brothers and fled to their mother’s village up in the mountains. She was asked to join the partisans and helped to find safe houses for allied soldiers stranded in the fighting. When she was captured and interrogated by the German Commandant , she shouted at him: “My name is Eleftheria which means ‘Liberty and Freedom’. I am Greek and proud, I want my country to be free to the Greeks.”
She was shipped to a prisoner of war camp in Germany.

13. Selfless padre
An English soldier, John Cookson, recalls his evacuation from Crete. He was in the water with a group of other men. A destroyer came to pick up the men but came under attack and had to escape. Before leaving the captain promised to return in the dark and called on the men to keep together. A chaplain, Padre Kit Tanner cheered the men on and tended to the wounded. The destroyer returned four hours later and put out nets for the men to scramble on to the vessel.
Many were too tired or too wounded to climb. Padre Tanner repeatedly jumped overboard to help men to make the climb. He helped about 30 men to climb on board but he himself died because of his efforts.