‘My life in Richmond’, living near an injecting room 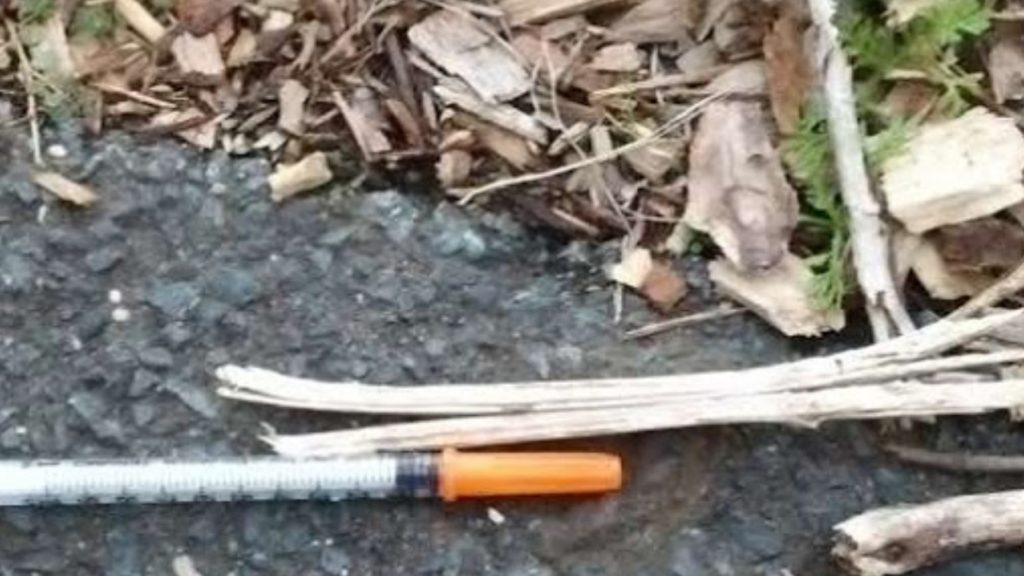 Syringe lying in the streets of Richmond. Photo: DH

For 21 years I have lived in a suburb which is colloquially referred to as having the “David Jones of drugs” and in a street within the non-affectionately known “golden triangle”. The suburb is North Richmond, and my street is in the area bound by the major streets of Victoria, Lennox and Elizabeth streets.

During the past two decades, the drug problem has got progressively worse for private housing residents in this pocket of Richmond. It has gone from residents finding daily syringes on footpaths and driveways, to drug addicts injecting drugs in our front yards, garbage and clothesline areas, and even the stairwells in unfenced blocks of flats. Becoming increasing fortress Richmond, many properties have erected high fences. Where I live, owners are awaiting approval to erect, at great cost, an electronic gate across two properties in consultation with two body corporates.

The problem reached a climax in 2016, in North Richmond, when, in a 12-month period, we had more than 30 deaths in and around Victoria St, from drug overdoses.

The community rallied, and a trial safe injecting facility was set up in the North Richmond Community Health Centre in Lennox St, next door to Richmond West Primary School. The only thing separating the primary school from the injecting facility is a narrow carpark and then a wire fence.

Almost two years on, on 23 November last year, there was another community rally. This time, businesses and residents were opposing the safe injecting facility and asking the state government to relocate it away from the school, residences and businesses.

At the peaceful rally, protesters chanted “Relocate” and their banners read, “We want our street back”.

At the end of the crowd was a peaceful counter rally of five people who stood in silence and held up a banner that read: “Stigma Kills”.

Both groups were right.

Richmond Traders distributing this. It's time the State government listened to locals and moved the injecting centre away from kids and closer to where the drugs actually purchased pic.twitter.com/rgTv1hr346

Recently, on Saturday 21 March, a scheduled rally against the Medically Supervised Injecting Room (MSIR) was instead done on Facebook because of the COVID-19 social distancing rules.

Good things have come from the safe injecting facility since it open in June 2018. Drug overdoses have fallen dramatically, which has saved lives, and this in turn, has freed up ambulances to attend to other life-threatening emergency calls.

However, some fundamental problems remain.

Firstly, the facility has a honeypot effect, attracting more drug users than before and from more suburbs. So, residents still have to deal with catatonic, disorientated or sometimes out-of-control drug addicts on the streets.

An ordeal for residents

I experienced two incidents in February and one just before lockdown in late March.

On Saturday, 8 February, around 4pm, within 217 steps of leaving my flat en route to the supermarket, there were two drug addicts slumped in two different locations in the street. The paramedics attended to one of them. I don’t know what happened to the second one.

On Tuesday 25 February, at 2.15pm, a drug addict was injecting in a 30-centermetre space between the back of a parked car and the fence at the flats where I live. I went to get the clothes off the locked clothesline area before the rain hit. Standing up and semi-conscious, a handsome, clean and casually-dressed drug addict was swaying with a syringe in his hand. I asked him if he was “okay”. He said he was. A neighbour heard me, came out, nodded to me and waited by the stairs until I collected my clothes. I did collect my clothes, the neighbour and I nodded to each other and we both went back into our flats and about our day.

On Friday 27 March, at 3.24pm there was another incident. My block of flats has two open-air stairwells, one each at the front and back.

This day, I decided to take the back stairs.Just as well, as an unconscious man was slumped on the front bottom step. Clearly drug affected, I screamed at him to wake up. He did.
I offered to call an ambulance. He declined and walked away.

These three recent examples are nothing extraordinary in North Richmond. In fact, due to the frequency, it can seem to concerned residents, like me, that they have taken on a part-time job stopping and enquiring about every unconscious and disoriented drug addict’s well-being and sometimes, calling ambulances.

Secondly, the injecting facility is in a busy community health centre, and too close to a primary school where young children see drug taking and drug paraphenalia everyday. Compounding things further, the injecting facility is near dense residential housing, including the huge housing commission high-rise estates on the corner of Church, Elizabeth and Lennox streets, in North Richond. This estate is said to be the largest public housing estate in Australia and houses hundreds.

The community, police and the government came together a few years ago to stop the large number of deaths in North Richmond from drug overdoses. Controversially, we came up with establishing a trial safe injecting facility.

Do you have anything to add to this discussion?

Neos Kosmos welcomes Letters to the Editor. The views and opinions expressed in these are those of the authors and do not necessarily reflect the official position of the publisher. We reserve the right to edit contributions. All letters must be accompanied by the contact details of the authors. Send these to mary@neoskosmos.com.au or mail them to PO Box 6068, Hawthorn West, Victoria 3122.