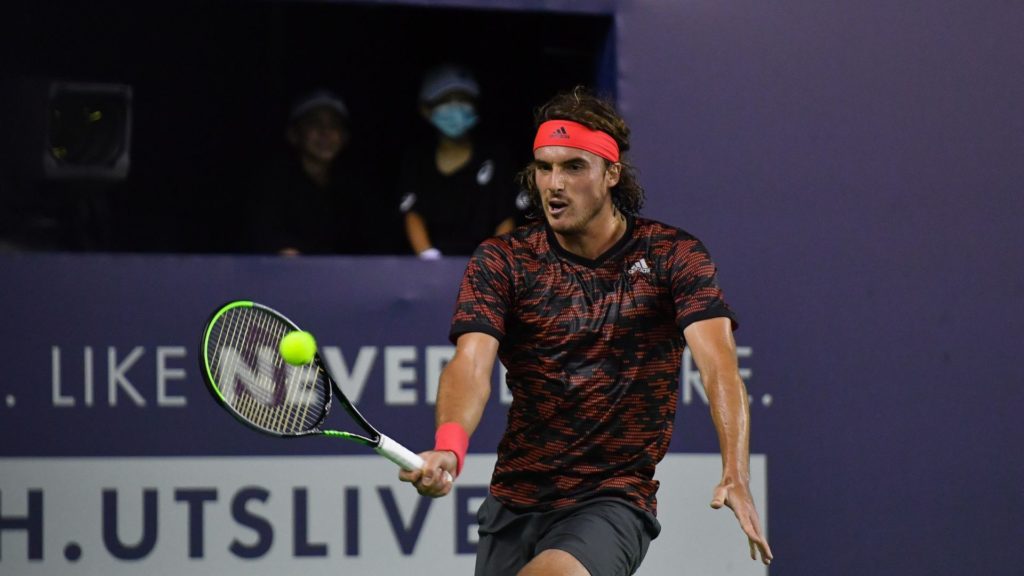 Stefanos Tsitsipas seems to be in good form after his return to action from the Covid-19 break.

The Greek tennis star may have started on the left foot in his third game for the Ultimate Tennis Showdown, a series of exhibition games played at the Patrick Mouratoglou academy in France, but he quickly bounced back for a comfortable win. Tsitsipas was up against world number 239 Dustin Brown, with the US athlete making the upset in the first quarter and taking the lead, 12-14.

But the 21-year-old Greek champion didn’t allow him any room to hope as he soon started to show small signs of his talent and won the following three quarters and consequently the match, quite comfortably, 18-13, 16-11, 15-10.

Tsitsipas now remains undefeated for his third game in a row in the competition and will look to extend his streak in the upcoming games as he continues warming up for the ATP Tour.

It’s worth pointing out that his opponent’s ranking doesn’t allow much room for complacency but nevertheless it was still a good challenge for the world number six.