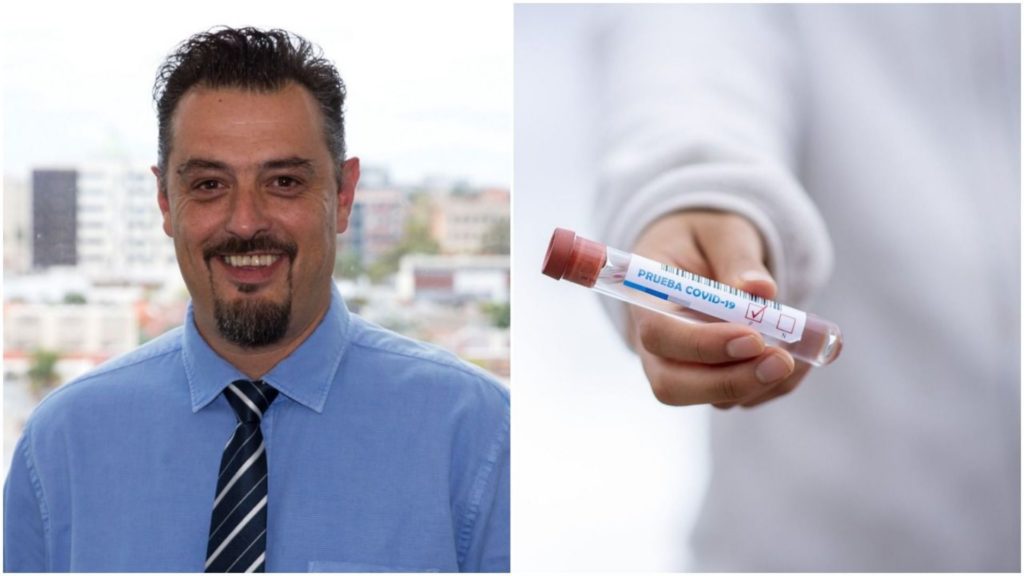 “The research in this area is so intense, that there is bound to be a drug available soon”, Dr Tom Karagiannis told Neos Kosmos. He is Head of Epigenomic Medicine Laboratory, Central Clinical School, Monash University. Photo: Supplied

In the absence of a vaccine, one of the key immediate research areas in Australia and worldwide is identifying drugs already in use, with potential antiviral effects to protect us from COVID-19.

Greek-Australian scientist Dr Tom Karagiannis is amongst the leading researchers in the country with experience in Computing Research. Thanks to the Pawsey Supercomputing Centre, his team enjoys streamlined, prioritised and expedited access to data stored in supercomputers, to investigate exactly this issue.

“With the access and time given to us by the Pawsey Computing Centre, we are able to quickly test many drugs and substances and find out which ones are important and which are not, in the fight against COVID-10,” the Monash University senior research fellow told Neos Kosmos.

Using a supercomputer, the research team he leads at Monash University has been able to demonstrate the effectiveness of a promising drug that “blocks” the ability of the virus to replicate itself. In other words it has the ability to stop the virus “in its tracks”, blocking it from causing damage in the body.

The specific molecule tested by Dr Karagiannis is called a-ketoamide.

“So this a-ketoamide is very promising. It was developed by a German lab for SARS-1 in 2002 so it has a long history. That is why we chose to study it, because of its history and also because it is an antiviral with a very broad spectrum,” he said.

“Of course, it is one thing to be effective in a computer simulation or in a lab, and another when it is administered to humans. It needs to be adapted. And that is what the German lab is doing right now. They are trying to adapt it into an inhaler. We do not know at what stage they are in their developments, however I am confident that by the end of the year there will be an antiviral drug ready for use.

“The research in this area is so intense, that there is bound to be a drug available soon.”

“There are two main areas of research,” Dr Karagiannis explained. “On the one hand you have the vaccines. There are around 100 vaccines being tested around the world, with 10 of them already in clinical trials.

“The vaccine is probably our best option for long term immunity, in order to protect the whole population. But vaccines usually 5-10 years to develop. In this case due to the intensity of the research it might take around 18 months. So in the time meantime what we need is a drug, an antiviral, that will stop the virus from replicating inside our cells. This is what we are working on.
“There is also a third area of research which is Pathology where scientists are looking to identify the best treatments against COVID-19 when it starts to cause pneumonia and other damage in the body.”

There are two drugs that seem to work effectively for patients who are very sick, according to Dr Karagiannis. Remdesevir has been approved for the last stage of the illness. And in France they discovered the effective administration of Dexamethasone, a steroid with a powerful anti-inflammatory effect that has been used for decades for the treatment of various illnesses.

“It reduces the inflammation that happens in the body as it tries to fight the virus. It was also used effectively for SARS. What doesn’t help at all is Hydroxychloroquine, the drug that was first identified as a potential treatment. Now it has been withdrawn. It is too toxic. I felt that from the beginning,” he said.

Researchers around the world come together

It is impressive how the research community has come together on an online platform, to share their findings from around the world as they try to understand the behaviour of this new virus.

“Hundreds of thousands of research papers on COVID-19 have been published on the online platform biorxiv, on the Preprint Server. Everyone has access to these. There are so many that it is nearly impossible to keep updated with everything that is happening,” he said.

“The most deaths in the world are recorded in densely populated areas, as we are witnessing now in New York. Of course the reason that so many die in America is also because they are hesitant to get treatment as the costs are huge. We are lucky that healthcare is free in Australia.”