“The one mistake that almost ruined my life”

“I used to lie to my own family and myself. I was ill but in denial,” says Yiannis 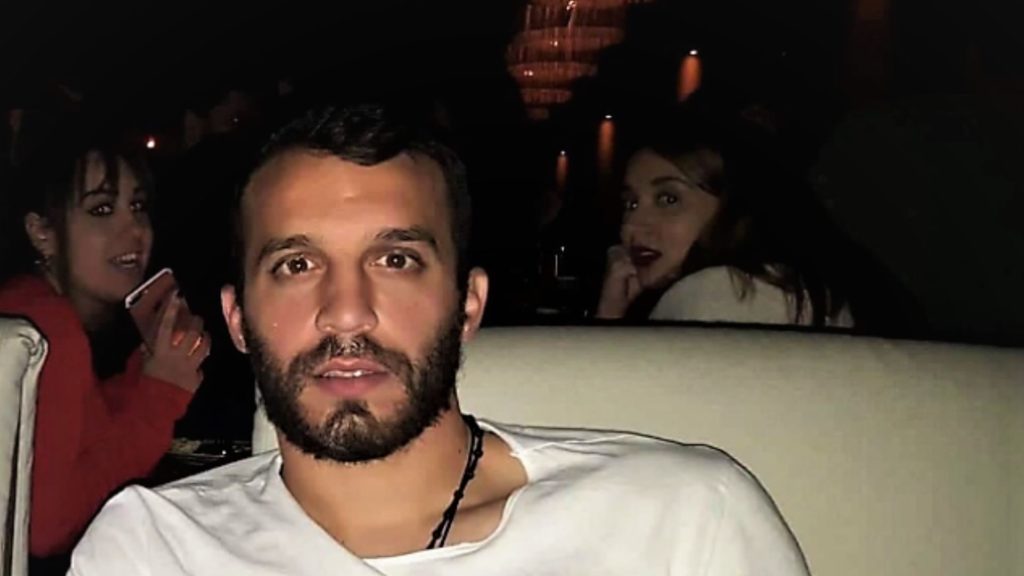 Today, Yiannis admits, that what started as a fun hobby quickly got out of hand and turned into a pathological impulsive obsession. Photo: Supplied

When sitting down with 29-year-old Yiannis Simosis, it is difficult for one to fathom that this intelligent, mature, kind and down to earth young man, spent some of the best years of his life struggling with gambling addiction that led him down a difficult path which nearly ruined his life.

Yiannis story with gambling stems back to his childhood.

At the age of five, the eldest son of Greek businessman Sotiris Simosis and Sydney-born Greek- Australian Niki, started playing soccer in his hometown in Aliveri.

Yiannis’ love for the sport and his natural ability to play good soccer drew the attention of various coaches and soccer clubs that saw the potential in the young boy.

Yiannis became obsessed with the sport and the adrenaline of winning.

He says he was just 12 years old when he went into the local betting shop in Aliveri to try his luck in a game of “Στοίχημα”, for the first time.

Today, he admits that what started as a fun hobby quickly got out of hand and turned into a pathological impulsive obsession.

Recognising his talent, at the age of 16, Panionios soccer club offered Yiannis his first paid contract to join the legendary soccer team.

With the support of his family, the young man moved to Athens with the dream of becoming one of the best professional soccer players in the country.

Yiannis’ parents stayed back at Aliveri and continued to work hard running the family business and financially contributing to their son’s new lifestyle.

The freedom away from home, the success, the luxuries and fame that followed gave the young boy the false impression of being invincible.

Young, immature and selfish, Yiannis spent all his money, including the allowance he received from his parents, to satisfy his addiction and quickly found himself drowning in debt.

Back home, everyone started to become suspicious of Yiannis’ lifestyle, while he continued to gamble in secret, denying the problem and lying to his family about the severity of his addiction.

Gambling addiction is often referred to as a “hidden illness” because there are no obvious physical signs or symptoms like there are in drug or alcohol addiction.

“My addiction was so out of hand, that it was taking over my life, yet I was in denial. I lied to everyone, myself included. I got to the point where I would choose not to buy food, so that I could gamble, but still refused to admit the depth of my addiction until one day, as I was madly searching the whole house for left over coins so that I could go play, I realised I was acting like a drug addict desperately looking for his next dose. That was a pivotal moment in my life,” says Yiannis.

For a gambler, the biggest step to overcoming addiction is realising that they have a problem.

It takes tremendous strength and courage to own up to the issue, especially for those who have lost a lot of money and strained or broken relationships along the way.

Yiannis continued to gamble and things got progressively worse.

Despite his exceptional performance on the field, the team coach asked the young and promising soccer player to leave the club as he was not displaying good sportsmanship.

“Looking back now, I can see the damage and the implications of my addiction that cost me my soccer career and affected my personal and professional life. I couldn’t focus, I couldn’t perform, I was constantly in hiding and I was lying to cover the severity of my problem.”

It wasn’t until his father’s unexpected bankruptcy, that Yiannis decided it was time to change his life.

“Things got really difficult for my family and that might have been the slap I needed to wake up,” says Yiannis admitting that he might have still kept going down the same dark path, if it wasn’t for his father’s ultimatum for him to take control of his life.
“You either change, or you are out of here,” Sotiris said to his son.

Yiannis joined a three-month recovery program at the rehabilitation Centre ΑΥΤΟΓΝΩΣΙΑ in Thessaloniki.

He once again found himself away from his family and his partner of six years, Vasiliki.
“I agreed to join the program just to make everyone else happy and, to be honest, I had given myself a week and then I was going to be out of there – but as soon as I went in something clicked,” says Yiannis who ended up completing the three-months rehabilitation program with the help of social workers and the support of recovered addicts.

“I saw the depth of my problem and I realised that it was only up to me to work with myself to overcome my addiction. I admitted to my mistakes and took responsibility for my actions and its effects on others and my own life.”

Yiannis battle with addiction came to an end in 2016.

NEW LIFE, NEW CHAPTER… DOWN UNDER…

Yiannis and Vasiliki got married recently.
Last February, the young couple moved to South Australia to set up a new life.

With the support of Greek Australian businessman Stavros Parissos, Yiannis works as a driver and continues to play soccer.
He is now also an agent for young soccer players.

At the same time, he is still paying off his debt back home.

“I hit rock bottom, but with the support of my family, Vasiliki and ΑΥΤΟΓΝΩΣΙΑ I managed to find my way out of my addiction. The reason I decided to speak up and share my story is because I want everyone to know that none of us is perfect and that we all make poor choices from time to time but that doesn’t mean we have to let these choices define us for the rest of our lives. It is okay to talk about a problem and ask for help.

“We owe it to ourselves and those who believe in us,” concludes Yiannis.