From the Assyrian Christians to the Maronites, Cyprus has historically acted as a haven for those persecuted for their beliefs. In August 1898, 126 Doukhobors, fleeing religious persecution in Russia, disembarked in Cyprus, there expecting to settle and create God’s kingdom on earth. Their arrival and brief sojourn in Cyprus is all but forgotten today, but at the time, it garnered great publicity, as it drew attention to the totalitarian nature of Tsarist rule, especially against religious and political non-conformists. Most significantly, the Doukhobors’ emigration was championed not only by the Quakers but also by Leo Tolstoy, the Russian literary giant and religious reformer.

At some time during the seventeenth and eighteenth centuries, a sect emerged in Russia that propagated the belief that as God’s presence could be found in every human being, clergy and formal rituals were unnecessary. They rejected the secular government, Russian Orthodox priests, icons and all church ritual, holding that the Bible was the supreme source of divine revelation. Known as the Doukhobors, meaning those who fight “alongside the Spirit,” their practices and emphasis on individual interpretation as well as opposition to the government and church, provoked antagonism from the government and the established Russian Orthodox Church. As a result they received continued bouts of persecution.

Profiting from Tsar Alexander I’s encouragement of religious sects’ re-settlement in the rich steppe lands on the north shore of the Black and Azov Seas, around Melitopol in the Ukraine, the Doukhobors flocked there in their thousands between 1802 and 1820. In the 1826 however, Tsar Nicholas issued a decree intending to force assimilation of the Doukhobors by means of military conscription he decreed that all able-bodied members of dissenting religious groups engaged in propaganda against the established church should be conscripted and sent to the Russian army in the Caucasus while those not capable of military service, as well as their women and children, should be resettled in Russia’s recently acquired Transcaucasian provinces. Some 5,000 Doukhobors were accordingly resettled to Georgia between 1841 and 1845.

READ MORE: The Greeks of Ukraine: from Marioupolis to Odessa

Upon the advent of Tsar Nicholas II to the Russian throne in 1894, the Doukhobors refused to swear an oath of allegiance to him. As the practice of pacifism and non-violence was central to their beliefs, they refused to bear arms, on the evening of 28 June 1895, thousands of them gathered to burn their state issued guns, while singing of psalms and spiritual songs. As they did so, Cossack soldiers fell upon them, arrested them and beat them. Four thousand Doukhobors were evicted from their villages and required to settle elsewhere. As a result many died of starvation and exposure.

It was at this time that Count Leo Tolstoy, a vociferous advocate of religious minorities within the Russian Empire mobilised his worldwide network of contacts so as to put pressure on the Russian government to alter their policy of persecution. By 1898, the Tsar had, after international condemnation, agreed to let the Doukhobors leave the country, provided that the emigrants should never return and they covered their own travel expenses. Three thousand Doukhobors were ready to leave for America, but had only £4,700 between them. As a result, Captain Arthur St John, member of the Doukhobor Relief Committee, who had visited the Doukhobors and distributed aid to them on behalf of the British Quakers, considered Cyprus to be a closer and thus cheaper option. He met with the High Commissioner of Cyprus, Sir William Haynes Smith and put the Doukhobors’ case to them. He raised no objection, provided that sufficient land was made available for them to cultivate. Negotiations were then opened with the Cyprus Development Company, for the sale of 1,570 acres of land.

The British Consul at Batum, Georgia, where the Doukhobors were to embark on their journey, P. Stevens, wrote to the Foreign Office welcoming the proposed re-settlement: “By their good behaviour, diligence, sobriety and hard working qualities, [they have] brought nothing but prosperity to the barren localities in which they were already settled.”

The Cyprus High Commissioner in turn wrote to the Colonial Office advancing the opinion that “the introduction of these people may be of advantage to the island,” provided they could be afforded proper housing, together with cultivable land and farm implements and could be supported until they reaped their first crop.

He added: “The second essential is in my view that a proper school be established and the children taught…to speak English.” He did however express concern as to how the local Cypriots would receive them. According to him: “The Cypriot is intensely jealous of outsiders.” He then issued a proclamation, on 27 July 1898 prohibiting the landing of any Doukhobors until provision could be made for them.

On the same day, a three man Doukhobor investigation party, led by Prince Khilkov landed on the island. Singularly unimpressed, they left three days later, describing Cyprus as a “burnt-out stump.” They travelled direct to London to seek British assistance in relocating the Doukhobors to America. In the meantime however, fearing that permission to emigrate would be withdrawn, and having sold all their property, 1,127 Doukhobors chartered an old French ship and embarked at Batum for Cyprus. 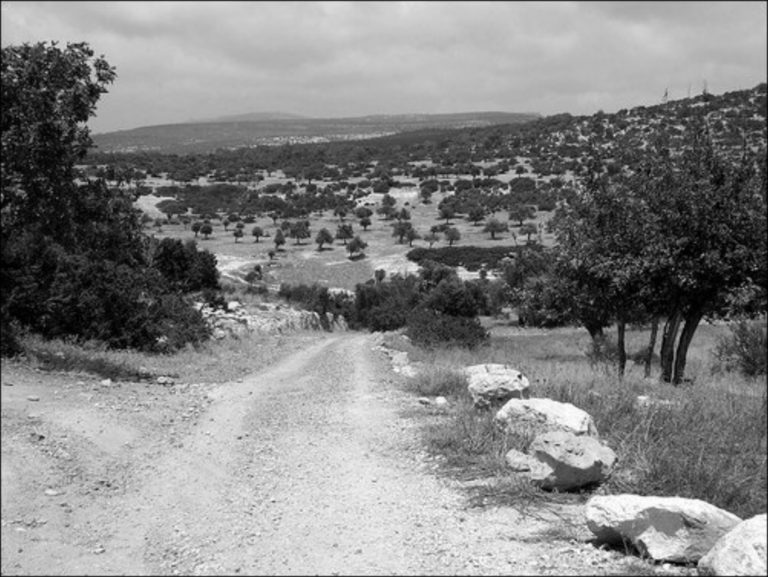 The Doukhobors landed at Larnaca on 26 August 1898 and were immediately quarantined. They made a good impression, the Commissioner of Larnaca noting: “A quieter or more orderly set of people I have never yet seen.”

Within a fortnight, the Doukhobors were settled in three separate colonies: 578 at Athalassa near Nicosia, where date palms and orange trees grew, 445 at Pergamos and 100 at Koulia, which was planted with olives. Arriving at their new colonies, the Doukhobors set about building dried brick houses and clearing and ploughing the land. By December, when the rains came, they began to plant seeds provided to them by the Quakers. It was noted that the Doukhobors got on exceedingly well with their Turkish Cypriot neighbours, because they ate no pork, despised icons and many of them spoke Turkish owing to their sojourn in the Caucasus, while apart from two initially hostile articles on the Greek press, no antagonism was displayed towards them by the Greek Cypriots.

Sadly, however, the Doukhobors began to die. By December, seventy five of them had fallen victim to malaria and dysentery. The Doukhobors were not used to the warmer climate of Cyprus. Athalassa was situated in a hollow where the heat of the sun gathered and Koulia was in an area where fever was endemic. The change from a meat based diet, to a primarily vegetarian one in Cyprus proved a shock to the system. The dug-out huts in earthen banks many built as temporary accommodation, as they had also done in the Caucasus were washed away by the rains and as they were constructed close to latrines, this facilitated the spread of dysentery. Also, while malaria was a problem in Cyprus until the 1940’s, it appears that many Doukhobors had contracted malaria in Batum before leaving, and were already incubating the disease upon their arrival.

The death toll shocked the Doukhobors and the fact they could not live in one consolidated community also was a source of grievance. Through the Relief Committee they asked to leave Cyprus and be re-settled in America. Leo Tolstoy used the profits from the sale of his masterpieces “Father Sergei,” and “Resurrection” to pay for the expense of their relocation and prompted by an article written by anarchist thinker Prince Peter Kropotkin, the Canadian government was moved to invite the Doukhobors, both in Cyprus and those remaining in Batum, to re-settle there. The Doukhobors of Cyprus left the island from Larnaca on 18 April 1899.

In a letter of 12 May 1899, British Quaker John Bellows, who was instrumental in achieving the Colonial Offices’ support for the Doukhobors’ relocation, wrote to Colonial Secretary Joseph Chamberlain: “I confess to a disappointment from this, which is more keen because for the impulsive action of some of the Russian sympathisers with these poor people, I am convinced they would have become acclimatised and have formed a really valuable addition to the population of the island.” It was his opinion that had the Doukhobors landed on the island gradually instead of en masse and had they remained there, they would have created a successful colony. In his report for 1898-99, the Cyprus High Commissioner concluded that: “These interesting people quitted Cyprus, leaving behind them the recollection of a singularly courteous and well conducted community.”

READ MORE: The diary-turned-book of an immigrant single mother from Cyprus surviving in Australia

The Doukhobor settlement at Athalassa is now a park fringing a lake and there is scant local memory of the fleeting passage of this group, seeking a haven from persecution in an island that would ultimately come to be shattered by intolerance and violence. The Doukhobor communities in Canada, possessing a fascinating history of political dissent and activism of their own, (they perfected the art of arson and nudism as forms of protest) exist to the present day. Yet for a brief time, the sun-kissed island of Cyprus beckoned to them, as a plausible panacea for their traumas and a Gilead of re-genesis. How they would have been received by the Orthodox Church in Cyprus, how their continued presence as a ethno-religious minority would have influenced the demography of the island, and how this would have impacted upon the Cold War and the invasion of Cyprus will remain matters of perennial speculation.