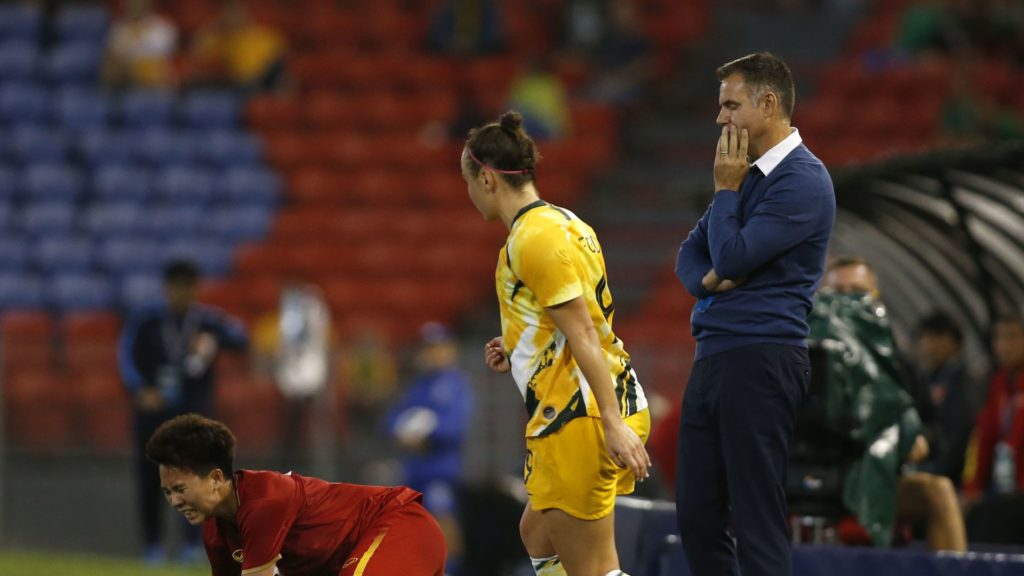 Ante Milicic, the coach of the Matildas, the Australian women’s soccer team, since February, last year, will be taking up the reins for incoming A-League team Macarthur FC based in South Western Sydney.

Mr Milicic, according to the ABC,  was to have taken the Matildas to the Tokyo Summer Olympics and then become coach of Macarthur with the resumption of the 2020/21 season. However with the games being postponed to next year because of the COVID-19 pandemic, Mr Milicic was allowed to join Macarthur.

Mr Milicic who became coach of the Matildas a month after the previous coach Alen Stajcic left took the Matildas to the World Cup in France, four months later, where they made a round-of-16 exit. However, the team did successfully qualify for the Tokyo Olympics which were to have started on Friday.

In May, last year, Mr Milicic reached an agreement to coach Macarthur for three years this was to have come into effect after the Matildas’ Olympic campaign.

“Truth be told, I have simply chosen to honour the commitment I made to Macarthur over a year ago, and hope that the Matildas’ players, staff, and fans, many of whom I have grown close with, will accept that,” said Mr Milicic.

“While FFA extended his time with the Matildas following France after receiving overwhelmingly positive feedback from the players and staff, the unfortunate rescheduling of the Tokyo 2020 Olympic Games to July-August next year has meant that a decision had to be reached,” Mr Johnson said.

“We would have loved Ante to remain in the role for Tokyo 2020 and beyond, however FFA and Ante agree that overseeing two elite teams is not a workable solution, with both programs deserving of, and requiring, complete focus.”

Next year, the Matildas will be taking part in the Olympics and in 2022 they will be in the Women’s Asia Cup in India. The following year they will be the host team for the Women’s World Cup in Australia and New Zealand.