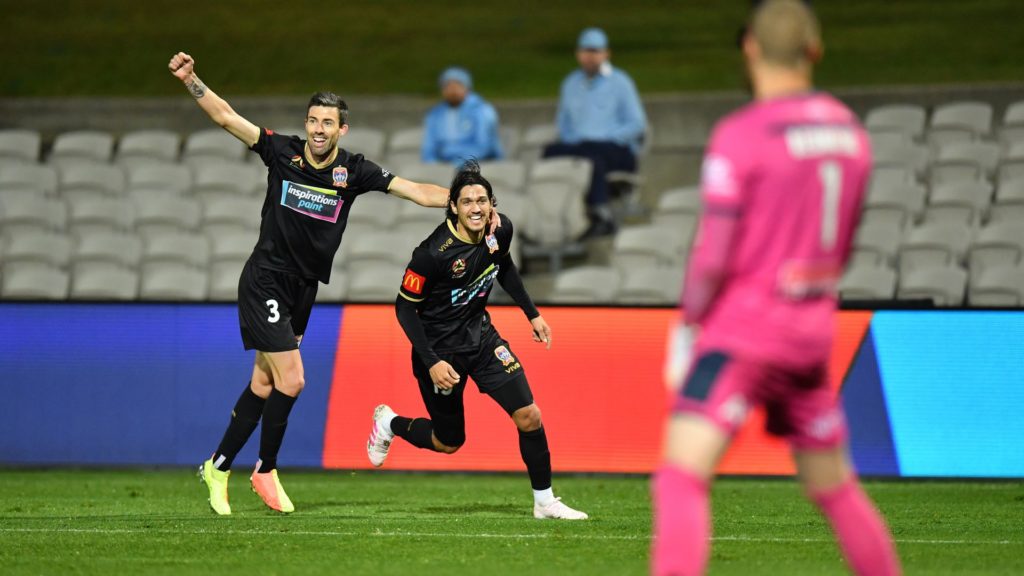 The Newcastle Jets walked away winners from their Tuesday night clash against Sydney with a final score of 2-1.

Sydney had a strong start with Anthony Caceres scoring the first goal of the match 25 minutes in, but their luck ran out soon after.

The Jets’ Nick Fitzgerald brought the game to 1-1 early in the second half and a 20-metre overtime strike from substitute Kosta Petratos brought the the team to victory.

Newcastle will be refocusing and hopefully starting a winning streak if they manage to beat out the Central Coast Mariners on Friday.

Sydney FC’s third defeat of the campaign means a delay to secure what would be their third Premiership in the last four seasons and will have to beat out Melbourne City on 1 August for the top spot.

The Jets’ win has bumped the team up to eighth on the ladder, just one point ahead of the Western Sydney Wanderers and three behind Adelaide United who are up against Wellington Phoenix this Saturday.

Second last on the ladder Melbourne Victory will also be playing this Saturday against Western United.