The shock of Stage 4 restrictions felt by businesses across Melbourne 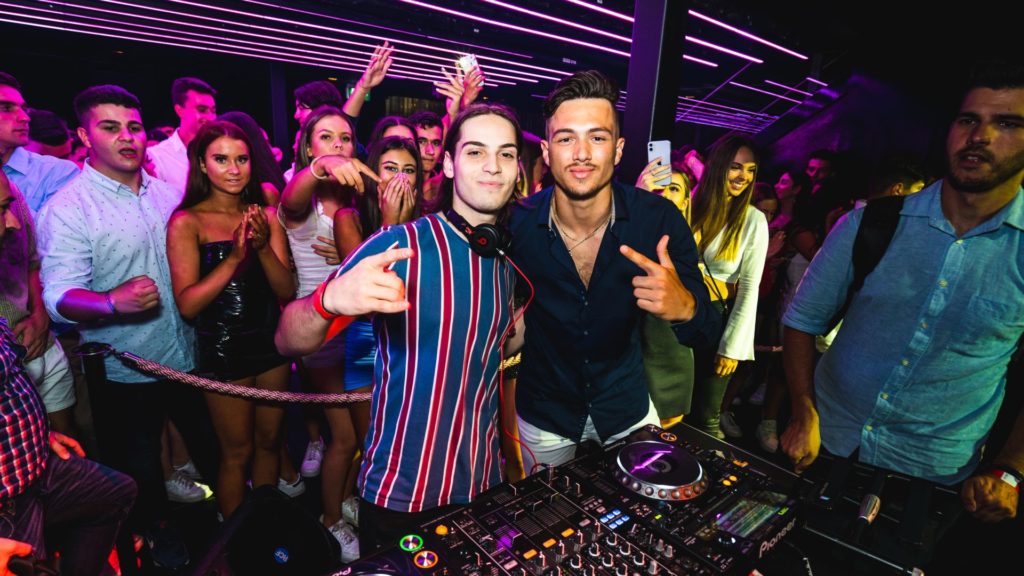 “My strongest supporters are teenagers in the Greek community of Melbourne. They are the first to buy tickets to my shows and have supported me the most in these hard times,” Kavorka (left) told Neos Kosmos. Photo: Supplied

A state of disaster enacted on Sunday by the state of Victoria and the imposition of stage 4 restrictions across Metropolitan Melbourne and Mitchell Shire, will see thousands of businesses close their doors to customers for a minimum of six weeks.

By midnight Wednesday, another 250,000 Victorians will be stood down from their jobs or required to work from home, as the state grapples to stop the spread of COVID-19.

While essential services including supermarkets, pharmacies, petrol stations, bottle shops, and banks remain open, other retailers, manufacturers and service-based businesses will close. Some retailers can open for contactless ‘click and collect’ or delivery and strict new guidelines will apply to building sites and abattoirs as they continue to operate.

Greek Australian hairdresser Dorothy Gambas took the initiative to close her business for a month during the first lockdown even though she wasn’t compelled to do so. She told Neos Kosmos that she is glad that the government made the decision for her this time as she was feeling unsafe.

“We stand right on top of our customers, so I don’t understand why they had closed the beauticians and not us. We are in very close proximity with our customers the whole time,” she said.

“We are all in this together. It is not just us who are suffering. Everyone is going through a hard time. I am watching what is happening at St Basil’s and I am horrified,” she said.

“I am glad they shut down the hairdressers because there are many people out there who don’t care and will just go ahead and do what they want to do. There are more important things right now than getting our roots done. We have to put things into perspective.”

Windsor Furniture in Oakleigh is a Greek Australian family-run business that started operating online from Thursday and will continue to do so for the next six weeks. Owner George Filopoulos believes that this lockdown definitely needed to happen. “When you see more and more lives being lost and the devastating growing numbers of deaths in aged care facilities, it’s hard to disagree with it. Even though this will take a large toll on our economy it will be hard to look past the affected families and the potential risks along the way,” he told Neos Kosmos.

“We did expect something like this to happen eventually, so we tried to plan ahead. As most household furniture needs to be inspected and meet our customers’ full satisfaction before purchasing we understand the hesitations of people to purchase online.So we went to the drawing board to find a way to continue to find a source of income for the business. We used our connections in the industry and we’ve come up with a new online store selling Vanity Mirrors, tables and stools, which will give us a fighting chance to generate some sales online and post Australia wide with contactless free delivery. This new entity will be trading as ZENE MIRRORS and is due to launch in the next couple of weeks at www.zenemirrors.com.au.”

His father, Periklis Filopoulos, who passed away in February this year, had a strong presence in the Greek community and has filled many homes in the community with furniture over the last 39 years.

Since March, those working in the Entertainment industry have not had a day’s work, as night clubs remain shut, and weddings and parties have been limited to a handful of people, if at all. Actors, musicians, DJs have been out of work for months.

“The tougher restrictions came as a shock to us,” Christos Galanakis told Neos Kosmos, adding that he is doubtful about whether he will reopen his catering business Chris Catering. “We don’t know if we will open again, or when this will end, if it ends at all.”

“We haven’t worked at all this year – but how could we, under such circumstances?” Mr Galanakis explains. “It is painful, but what can we do? There are many who believe that this is all a conspiracy. I believe it’s an epidemic just like the plague, cholera, the flu and so many other illnesses we have encountered in the past.”

The last time he provided catering for a function was in December last year. Mr Galanakis feels grateful though that he has a small animal farm he can tend to during this time. “I can’t bear to be indoors. I go to my farm twice a week and it has saved me.”

As nightclubs remain closed since March, DJ and Greek Music promoter Lambros Lakoumentis has taken the time to keep up-to-date with his music and rest. After 22 years of regular work as a DJ in venues such as Dimples, Kittens, Chasers and Riva, and for weddings, christenings and parties, he is now trying to make do with the support he is getting from JobSeeker.

“What I miss most is interacting with people, and not being able to play music which is my passion,” Mr Lakoumentis said, adding that he is not shocked by the stage 4 restrictions. “I was kind of expecting it. We just have to wait it out. It is probably better that we go into a strict lockdown now so we can get out of this sooner. The curfew hasn’t affected me because there is really nowhere to go afterhours.”

Apart from his work as a DJ, Mr Lakoumentis organises concerts in Australia for popular Greek musicians throughout the year. Last year he brought in Christos Dantis and Constantinos Koufos. Giannis Kapsalis’ tour which was expected to begin in March, but was cancelled due to the pandemic.

Well known amongst Greek-Australian youth is DJ Kavorka, who before the lockdown was touring around Australia and performing at six different venues a week. He had an Australian tour locked-in for June with over 30 different clubs around the country, but this had to be postponed due to the virus. With the new Stage 4 COVID-19 restrictions in Victoria, he may not be able to perform until late 2021.

This has affected his career greatly and it’s hard for him and other artists in the industry to make a living. There is also a lot of concern regarding the mental health of artists, but also for all those working with them behind the scenes.

“It’s hard to adapt to the new lockdown lifestyle. I’m so used to being on the go and touring every week.”

To keep himself busy, Kavorka has started his own online live streams where he can continue to interact with his fans and followers. “Hopefully this will all be over soon,” he told Neos Kosmos.

Kavorka, who is of Greek descent, has involved himself in the Greek community by headlining many Greek club events in Melbourne.

“My strongest supporters are teenagers in the Greek community of Melbourne. They are the first to buy tickets to my shows and have supported me the most in these hard times by donating and listening to my music while I’m not performing. My grandparents originated from Greece, and I’m heavily influenced by the culture”.

Going forward, his agency That Sound Agency, is in contact with some popular clubs in Greece and Australia. “As soon as this virus is over I’ll be touring to Ios and dozens of clubs across the country to rebuild my connections with the Greek community.”