One hundred months, third of east

Artist Nick Tsiavos will take the listener on a wild ride, oscillating between a visceral brutalism, a restless stillness and a terrible beauty at his upcoming show 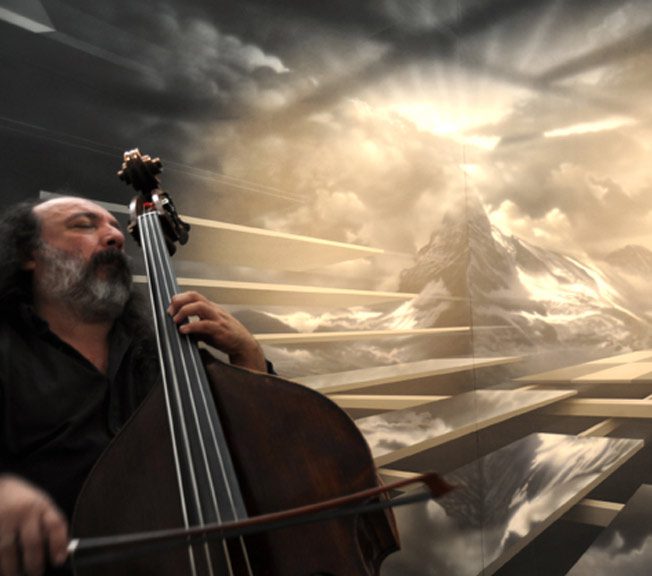 Artist Nick Tsiavos (contrabass) will take the listener on a wild ride, oscillating between a visceral brutalism, a restless stillness and a terrible beauty at his upcoming show, presented by Melbourne Recital Centre. Some may call it Fauvist Minimalism, some may call it sacred music that strayed from the path.
One Hundred Months, Third Of East, the title and the concept for the album, stems from a comment made by Tsiavos’ youngest child, the remark that infinity is actually one hundred months third of east. You’ll hear Metanoia from the release today. There’s also more from Neneh Cherry’s arresting collaboration with Swedish free jazz outfit The Thing. And we begin with some touching folk courtesy of Sydney group The Falls. Explore a sound world where the rich, sepulchral beauty of Byzantium collides with the anarchic energies of Modernism, its residue an intimate study of frayed memory and the loneliness of the psyche.
Nick Tsiavos is a bassist and composer whose work operates at the intersections of a number of cultural boundaries – from 8th century chant to contemporary minimalism, from syncretic hybridisation to experimental improvisation, from church to pub to concert hall.
Since 1994, Tsiavos has been developing new music for the solo bass. As an ‘ethnic’ musician he is interested in, and informed by, non-canonical discourse, while refusing the tokenism that ethnicity often entails. The diversity of his cultural influences come together to create a new language for the bass – work articulating an intensely personal response to the problematics of contemporary Australian culture.
Tsiavos has performed as a bass soloist at venues including La Mama and the Antipodes Festival (Melbourne), ‘Kulcha’ (Fremantle), Tasmanian Conservatorium of Music (Hobart) and at the Brett Whiteley Retrospective at the Art Gallery of New South Wales. He has performed as a bass soloist in concert tours throughout Australia, with the assistance of the Australia Council of the Arts.
Nick Tsiavos’ CD release One Hundred Months, Third of East will take place on Wednesday 22 May 2013 at 6.00 pm, at the Melbourne Recital Centre, 31 Sturt St Southbank VIC. Tickets are standard $35/$25 concession