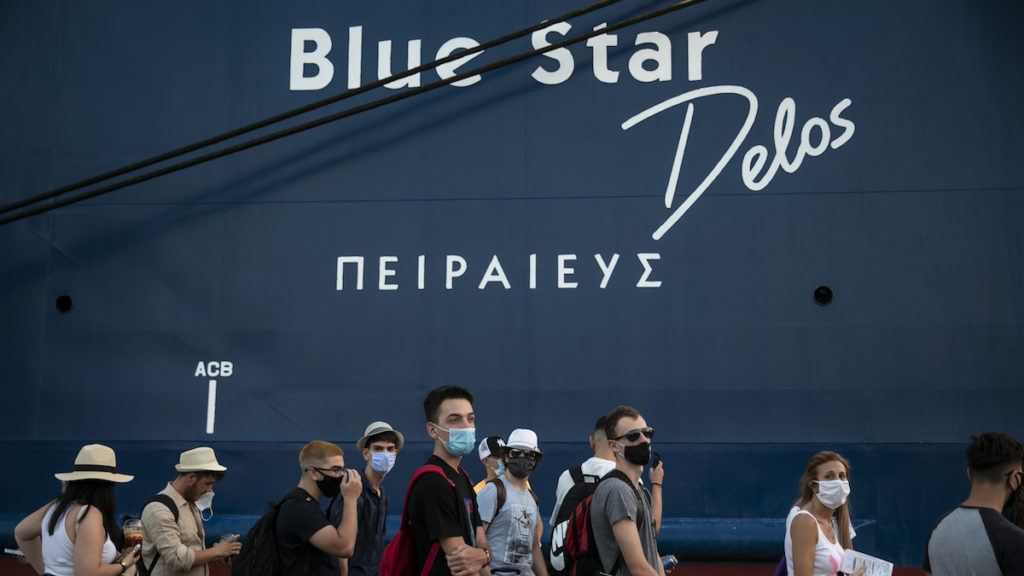 Passengers wait to board a ship bound to Greek Aegean islands at the port of Piraeus. Photo AAP via AP/Yorgos Karahalis

Greece is reinstating more restrictions as it recorded 151 new coronavirus cases on Friday.

Of the new positive tests, seven were recorded in Greece’s main entry points.

According to the National Public Health Organisation, out of the 5,270 total cases the country has recorded so far 1,379 are related to travelling abroad and 2,611 are linked to already registered infections.

The most recent data identified 46 cases in the Attica (mainly Athens), 38 in Thessaloniki and 17 were connected to a wedding in Alexandroupoli.

The island of Poros in the Saronic Gulf was placed under strict measures after 13 people tested positive for the virus.

What do the new measures mean?

Businesses will have to remain closed from 11pm until 7am, while all public and private gatherings of more than nine people are banned.

Meanwhile, only four people, or six if they are in a family/living in the same home, will be allowed to sit at the same table in a cafe or restaurant.

Farmers markets, panigiria (village festivals) and events are suspended until further notice while masks will be mandatory at all indoor and outdoor public spaces.

The first measures will take Greeks through to 17 August with the banning of customers standing in public entertainment venues such as nightclubs, bars, restaurants and live music venues until 31 August.

Deputy Minister for Civil Protection & Crisis Management Nikos Hardalias announced the new restrictions which will be revised by the end of August based on crisis management and recorded case numbers.

Also read: My parents own property in Greece – but how do we prove this?