Next year we will celebrate the bicentenary of the birth of modern Greece in March 1821. It provides an opportunity to celebrate and promote the contribution of Hellenic culture to civilization in all its facets. The Greek community in NSW has recently announced its program. As the location of the third largest Greek community in the world, what will Melbourne do? Here are some ideas.

As someone who had the privilege of studying classical civilisation at both secondary school and university, I believe this could be a great opportunity to bring Australia’s Hellenic and wider Australian communities together.

Classical civilisation – and particular Hellenic civilization – is all around us. The legacy of Hellenic architecture surrounds us as we walk around our city. When we look at our great Parliament building on Spring Street, with its pediments and columns, we are looking at the legacy of the great architects of Ancient Greece. When the community parades in front of the Shrine of Remembrance, they are celebrating Greece’s national day before a re-creation of the Mausoleum of Halicarnassus, one of the seven wonders of the Ancient world. And how appropriate that Melbourne’s Hellenic Museum is housed in another of the city’s classically inspired buildings, the former Melbourne Mint.

It is no surprise that when the architects and planners of Melbourne wanted to create a world-class city they reached back to the era of Classical Greece for inspiration. Its combination of grandeur and balance, of elegant proportion, represented what we can all recognise as grand civic architecture.

As someone who lived for many years in suburban Prahran during the 1970’s and beyond, attending Prahran High School, with its vibrant multicultural community, I used to walk through the nearby gardens to catch the High Street tram. As I did so I couldn’t help but notice the statue of the Nike of Samothrace, representing victory, in pride of place, having been erected by local residents in the 1880’s, the era of Marvellous Melbourne.

When I studied literature at university, the great writers of classical Greece were rightly considered part of our and the world’s literary pantheon. Who can forget the horrible human legacy of war recounted in Aeschylus’ The Persians, the tragedy for civilians in war in Euripides’ The Trojan Women, the moral instructions of Euripides across his cycle from Iphigenia and Elektra to Medea. And of course, Homer’s The Iliad and The Odyssey with their tales of war, vengeance and redemption. These writers captured a universal sensibility that ensured their influence on other writers down the millennium – from Chaucer, through Shakespeare to James Joyce to name but a few in English literature.

And it’s no wonder that when Greece won its freedom from the Ottoman Empire in the revolution that began in March 1821, it also reached back to its classical era to celebrate the re-birth of Greece as a modern nation state. It was in the 19th century that Greece’s classical architectural heritage became a focus of national revival. Across Greece these important buildings and structures began the process of restoration which continues to this day, such as the temples at Corinth and Delphi as well as the immense amphitheatre at Epidavros. Classical students and experts from across the world flocked to help young Greece, as volunteers from across Europe had assisted in the 1821 revolution such as Lord Byron and Admiral Cochrane. The great Parthenon, the symbol of Hellenic classical civilization, was placed in the central symbolic role it deserved. And when new civic buildings and grand homes were built throughout the 19th century they were erected in the Neo-Classical style, harking back to this earlier era of greatness. The legacy of Hellenic civilisation swirled around the world, to and from Greece, connecting us all. 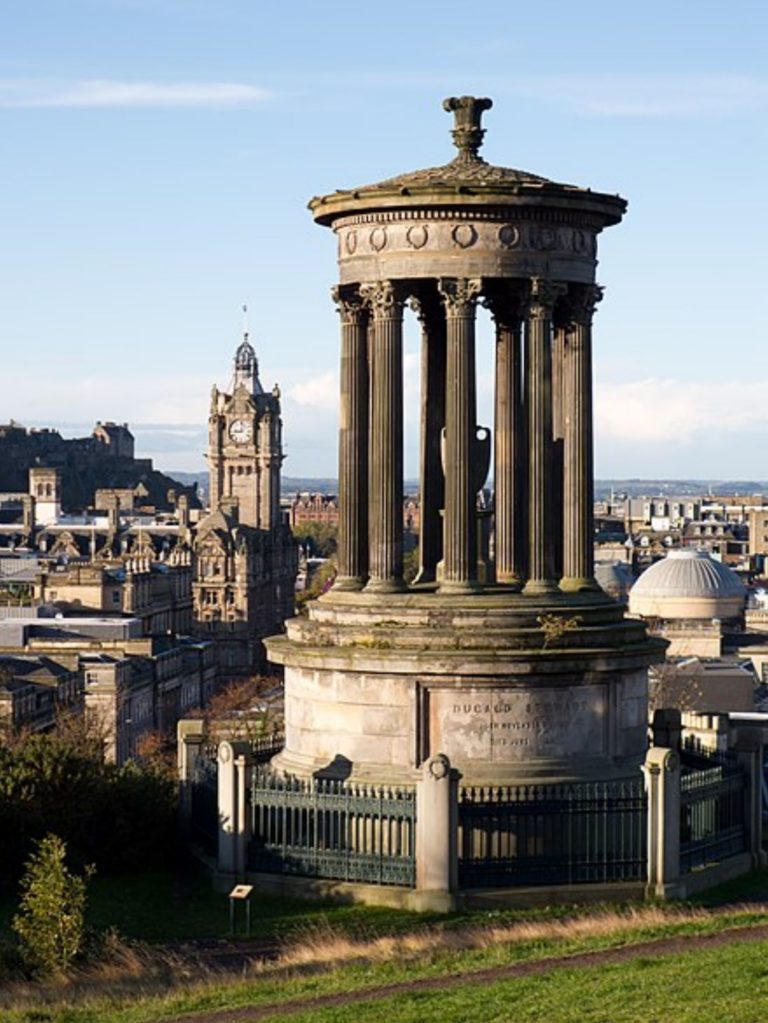 It is this legacy that I would propose should be the core of the celebrations next year.

Firstly, the celebrations could bring together Melbourne’s artistic, writing and performance communities in a festival celebrating the legacy of Hellenic culture. Performances and readings could be sponsored, even new interpretive works commissioned. Readings of James Joyce’s Ulysses could be married with those of Homer, bringing together Melbourne’s lovers of both authors. What a great celebration of cross-cultural inspiration! A revival of a cycle of Euripides’ plays could be the centre piece of the planned events. Cultural events such as these have the potential to bring together Melbourne’s academic, student, literary and theatre communities. Our important local Hellenic cultural groups – such as the Greek Australian Cultural League (GACL) – could play a key role in making all this happen. I am thinking of events like the successful presentation by Melbourne’s Stork Theatre – supported by Melbourne’s Ithacan Philanthropic Society – of Homer’s The Odyssey at the open-air MPavillion in the Queen Victoria Gardens in 2018, with various writers and actors, including our own Greek Consul Dimitris Michalopoulos, reading sections to the captivated audience over a whole weekend. And if live performances are not possible, live streaming could be the option.

Secondly, what better way to leave a permanent legacy of this important celebration than by an appropriate physical memorial that again would bring together Melbourne’s Hellenic and wider Australian communities. I have a vision of the recreation of a recognisable symbol of the classical era standing on a stone plinth, with an inscription in Greek and English. As to the symbol to be recreated, I would propose something like the impressive choragic monument of Lysicrates erected in 334 BC in Athens in recognition of theatrical excellence. This ancient symbol of Hellenic culture has been reproduced across the world, from Edinburgh in Scotland (where it was erected in the 18th century at Edinburgh during the era when the city was known as the “Athens of the North”) to Sydney in Australia (erected in the 19th century and restored in 2016), with a NSW theatrical prize named in its honour. Now is the time for Melbourne to be given a reproduction of this important symbol of Hellenic culture. The memorial inscription could state that it had been erected by Melbourne’s Hellenic community in the year of modern Greece’s bicentenary in recognition of the impact of Hellenic culture on world civilisation.

Preferably the memorial would be erected in a public place, one of Melbourne’s central gardens, such as Treasury Gardens. This would be nearby Melbourne’s parliamentary precinct as well as the city’s first Greek Orthodox Church. Placing the memorial in such a location would reinforce the celebrations bringing together both communities.

How practical would these proposals be? I am convinced that Melbourne’s Hellenic community would be joined by all levels of government as well as major philanthropists in bringing these unifying proposals to life. The cultural program aligns with government initiatives to stimulate Victoria’s and Australia’s artistic industries, suffering as they do at the moment from the impact of the COVID-19 pandemic. Sister-Cities Australia Vice President Christina Despoteris, who when working for government was instrumental in realising Melbourne’s sister-city relationship with Thessaloniki, believes that such a program would revitalise the public celebration of the Australian-Hellenic connection.

The memorial proposal would similarly attract community and government support for its bringing communities together through the celebration of the Hellenic contribution to our common heritage. This was the reason the Lemnos Gallipoli Commemorative Committee (LGCC) was able to raise the significant financial support required to realise its dream of commemorating the role of the Greek Island of Lemnos in Australia’s Anzac story. The proposal had broad appeal, for the Hellenic community as well as those other Australian’s with personal connections to the Lemnos Anzac story. And of course, all levels of government came together to support the project. The memorial itself reinforced this message, combining Anzac and Classical Greek imagery, its plinth inscription in both Greek and English. All who see the memorial immediately appreciate its symbolic combination of the Hellenic and Australian story. Lee Tarlamis OAM MP, President of the LGCC, supports the memorial proposal, as does Ms Litsa Athansiadis, President of Melbourne’s Merimna Pontian Kyrion of Oceania. Both have experience in the erecting memorials and know the community value in reinforcing awareness of the Hellenic-Australia link. The Lemnos Memorial in Albert Park and the Treloar Memorial in Ballarat demonstrate the vitality that legacy projects such as these give to our community.

The realisation of these proposals would bring together our local Hellenic and broader communities in recognition of the amazing impact of Hellenic civilisation on our world. It would create a fitting legacy for the future, all taking place in the bicentenary of Greece’s modern revival. What a great gift to the people of Melbourne and Victoria – indeed Australia – to mark this important historical milestone with acts that celebrate our common heritage.

Jim Claven is a trained historian, a freelance writer and has been Secretary of the Lemnos Gallipoli Commemorative Committee since 2011. Over the years he as been engaged in various community activities to promote the Hellenic link to Australia through both world wars and beyond, including last year’s unveiling of the memorial to Major George Devine Treloar in Ballarat. He is also the author of ‘Lemnos & Gallipoli Revealed: A Pictorial History of the Anzacs in the Aegean, 1915-16’. He can be contacted at jimclaven@yahoo.com.au